Neil “Wolfman” Wallis has been busy showing his support for the efforts of Rupe’s downmarket troops at the Super Soaraway Currant Bun, as they attempt yet another crude smear by association on the Leveson Inquiry and anyone associated with it. “Excellent expose in [The Sun] re insidious and secret ‘Common Purpose’ links between phone hack cops, Hacked Off & Leveson lieutenants” he boasted. 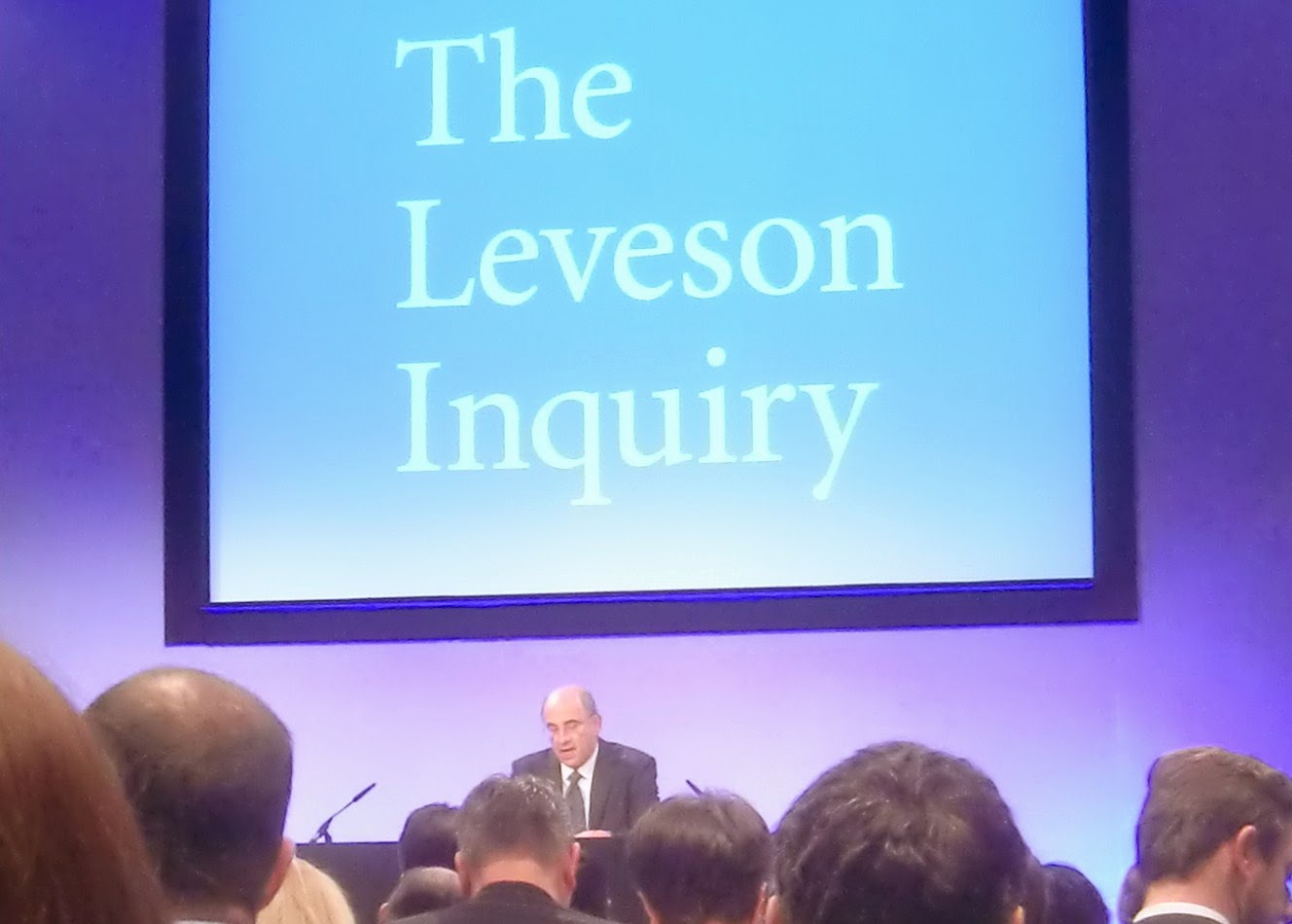 At the time, the article in question was behind a paywall, but, as is customary nowadays, it was soon lifted by the Mail, and so anyone could see what the Murdoch press was getting at (see how that works, Rupe?). And what they were getting at was mainly the recycling of a hatchet job that had originated back at the Mail more than 18 months ago – as Wallis should know. 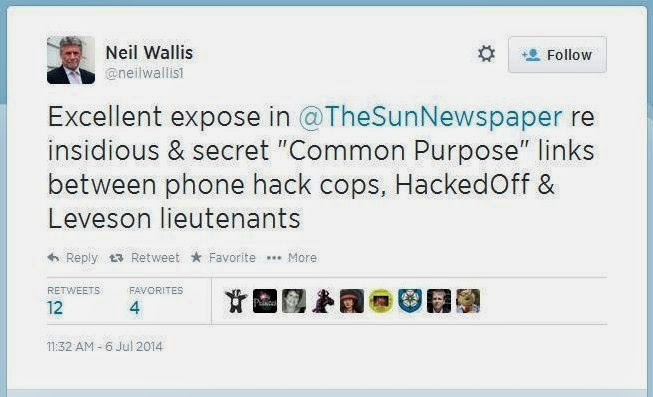 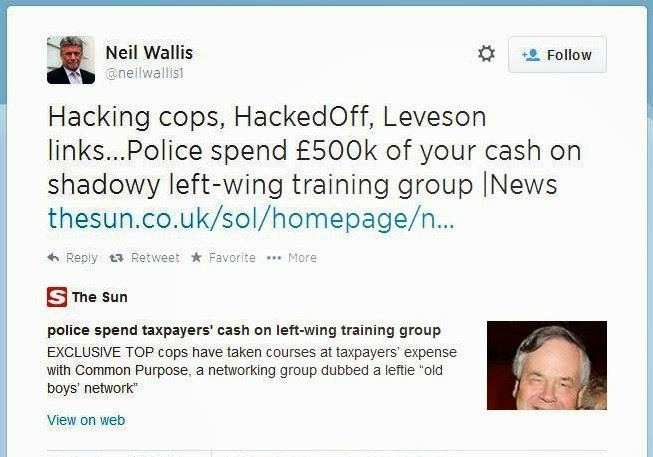 “Police forces hand £470,000 to group dubbed the 'left-wing Freemasons' for training courses” thundered the headline, making sure that “pay” was replaced by “hand”, because this sounds more like some kind of bung, something clandestine, and possibly illegal. The “left-wing Freemasons” quote comes from Philip Davies, who, by the greatest of coincidences, is a go-to rent-a-quote. 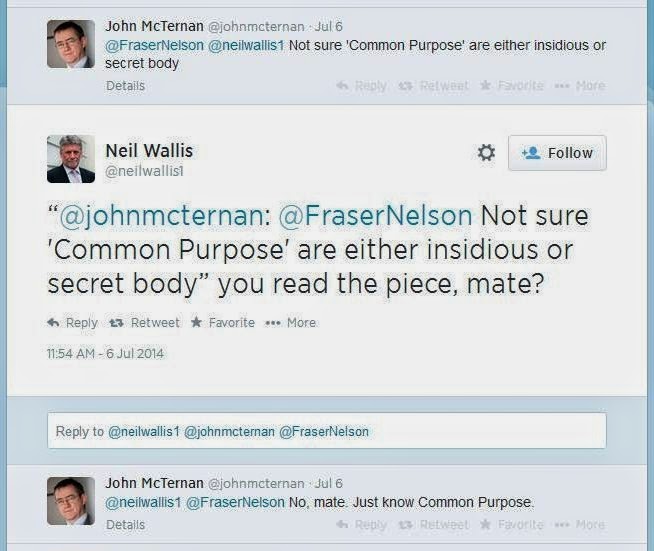 So there is very little of actual substance in the story, and even John McTernan was not even slightly impressed by Wallis’ schtick, as his real-world experience of Common Purpose did not tally with the Sun’s pretence. And this grotesque re-imagining of Common Purpose is not new, having been the centrepiece of a well-known attack piece in the Mail on the eve of the Leveson Report’s publication.

“Leveson Inquiry has momentous implications for free speech. But Mail dossier raises disturbing questions about the influence of ‘people who know best’” reads the Mail’s headline today, having had “a quasi-Masonic nexus” edited out along the way. It was a hatchet job on David Bell, an assessor to the Leveson Inquiry.

Bell was also a trustee of the Bureau of Investigative Journalism, which had made a bad mistake over Alistair McAlpine. So in piled the Mail to smear Leveson by association and dump all over Bell – an act which was designed to frighten anyone thinking of supporting Leveson from doing so. Now the Sun has given the Mail original a newish twist by telling the world that the Police buy training courses.

That’s such a lame smear that not even Wallis’ advocacy will make it fly.
Posted by Tim Fenton at 11:53

May I refer again to the IPCC report into the decision to employ Mr Neil Wallis of Chamy Media Ltd. as a specialist advisor to the Metropolitan Police Service? There are many points of interest in this report but may I draw particular attention to paragraph 30?

"Mr Wallis was given the opportunity to provide evidence for this investigation but to date no information has been received."

Neil Wallis appears to have been reluctant to provide information to experienced investigators who would, no doubt, examine carefully anything he said and compare it with the questions asked, the statements of others, any other evidence available and the rules and guidelines of the organisations involved. However he appears to exhibit no reluctance in using social media to accuse others of conspiracies.

He can exercise his right to free speech whenever he wants, but it would have more weight if he demonstrated his willingness to have his words and actions tested by the relevant authorities when requested to do so.