After the spin and denial from the loathsome Toby Young, more news arrives on Zelo Street regarding recent events at the West London Free School (WLFS). And the picture it paints is a particularly grim one. How grim? My information suggests that, unless the school improves across the board, and rapidly, it will soon have to be taken over by an academy trust that knows what it’s doing. 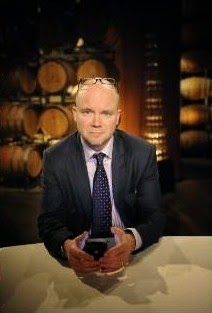 Is Tobes' time in the Weinbunker at an end?

Yes, folks, things are that bad. One might expect, then, that the press would be all over WLFS, but then, so far, Tobes has managed to satisfy them with spin – except, I’m told, the Evening Standard, which had started to get a sniff of the school’s problems. Their investigation, though, seems to have been “bought off” in exchange for that recent exclusive which I covered last week.

My latest information confirms that former head Sam Naismith was caused to resign after it was discovered that he was running a consultancy in the school’s time and on its premises. Two other staff members were involved, and both have either left, or are in the process of leaving. Tobes no doubt has his form of words at the ready, but, in effect, all three were given the sack.

Several recent departures from the teaching staff have cited a worrying variety of reasons for moving on: that the leadership team is not up to the job, discipline has deteriorated, with enforcement of standards and sanctions thought inconsistent and even contradictory, teachers feel overworked, not all the staff are considered to be pulling their weight, and that all of this is getting through to the pupils.

So it is, apparently, not unusual to hear them tell that “everyone keeps leaving us”. Things are no better for new teachers, many of whom are on their first teaching job. Those expecting some kind of structured induction programme are coming away disappointed. Worst of all, when it comes to teaching the new Govian GCSEs that Tobes has previously lauded, WLFS is not at present fit for purpose.

The tale of woe extends beyond the core curriculum: I’m told that a recent school trip had to be hastily rescheduled after the teachers who should have been accompanying it slept in and failed to show. And a particularly worrying allegation has been made regarding the funds that are intended to follow, and be used exclusively for, children with special educational needs.

So don’t be surprised if Ofsted arrive on the WLFS doorstep mob-handed in the near future. Meanwhile, some on the governing trust have taken exception to Tobes taking to a variety of publications to sound off about matters educational, if only because of the possibility of blowback if and when WLFS is revealed to be found wanting. The end of Tobes’ time as CEO may be closer than even I imagined.

Anyone with further information on the WLFS debacle – email address is at right.
Posted by Tim Fenton at 12:54

Who knew that running a school is a job for trained experts who actually know what they're doing ?
A classical liberal education is a fine idea but having the facilities and staff to get the basics right would be a start.

Toby Young appears to be one of those who scream loudly "I want to be leader", gets the opprotunity, then immediately asks "OK, now I'm leader, what shall we do?".

It appears He has been too busy earning his coin writing for various publications and getting a booking to chair an Asbestos Conference than actually managing what he is now leader of.

It's called laissez faire contracting out or pass the parcel of plausible deniability.

Used by all the best(?) management teams who take the bonuses in the good times and lose any responsiblity for the bad.

Goes hand in hand with a good shredder and a poor memory (lack of recall).

You're right there Rob!!

It's always seemed like a bad idea for him to tie his Goveian beliefs to practice at the school he runs precisely because there was always a chance things wouldn't go that well. All his schtick about the joys of being able to choose the best person for the job regardless of qualifications are undermined pretty clearly by his own failures in recruitment. He's obviously not good at the CEO job at all. I wonder how long he's got before a no confidence vote.

I wonder, too, what he would say if a standard comprehensive turned its library into a classroom, as has happened at WLFS. I'd imagine he'd be gentle and kind.