Today we have an unusual treat: the Sunday column of serial fraud Christopher Booker has been published even earlier than usual. And this one is a real Lulu: “Could Obama have prevented the MH17 disaster? US intelligence would have known the separatists had captured missile-launchers, and where they were being used” screams the headline. 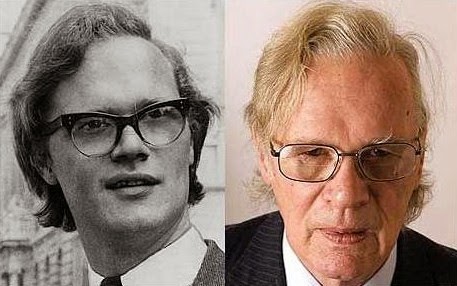 Consistently unreliable over the years

We’ve gone from figuring out that the missile launcher probably came from Russia, to some out there in left field trying to pin the shooting down of a Malaysia Airlines Boeing 777 with 298 on board on the EU, because, well, they don’t like Cathy Ashton, to this magnificent slice of rubbish suggesting that The Prez has the kind of supernatural powers that enable him to prevent munitions being loosed off.

“When, in his statement 24 hours after the plane was downed, the President stoked speculation about the involvement of President Putin, did he deliberately obscure the fact that, days earlier, he had already learnt enough from his many intelligence sources to know that the 55 international airliners travelling every day along that flight path over eastern Ukraine faced the threat of precisely such a disaster?”

The answer to this is that, no he didn’t. But he is sure the Buk didn’t come from Russia: this “had almost certainly been in Ukraine all along, as part of the equipment of Ukraine’s official armed forces. On June 29, several launchers were probably captured from those forces, in a non-operational state, by the pro-Russian rebels. By July 13, at least one was again fully functional”.

And on he ploughs: “No one, then, was in a better position to know the danger that air travellers were being exposed to than Washington. Which also apparently did nothing”. Where is Booker getting this information? Why, from Richard North and his EU Referendum blog, of course, which he quotes at the end of his piece. North has also written for the batshit collective that is Breitbart London.

So riddle me this: if the Buk had indeed been captured from Ukrainian forces, why have the Russians seen fit to spread so much misinformation about it? North is non-committal on this aspect. “Sergei Kavtaradze, a spokesman for rebel leader Alexander Borodai, repeated to the AP on Friday that no rebel units had weapons capable of shooting that high” has just been reported.

Well, if the rebels didn’t capture a Buk from Ukrainian forces and make it operational, that rather constrains the options, doesn’t it? It also pisses all over North and Booker’s “Obama knew” firework. What we are then left with is an already discredited journalist out-doing even his own worst efforts – and then Telegraph readers having it passed off as proper journalism for which they should pay.

Booker cons his readers, his sources con him. You really couldn’t make it up.
Posted by Tim Fenton at 17:31

"US intelligence would have known the separatists had captured missile-launchers" - I bloody well hope so, pictures had been broadcast on the BBC several days before the incident! A day or two after the downing they interviewed a chap from the Royal United Services Institute who mentioned, live on air, that they had already broadcast pictures of it and still they continued speculating about its existence. Still, at least I knew I hadn't been hallucinating about what I'd seen...

Excellent. I'm putting this in the weekly Threatcon update.