The situation in Gaza has become desperate: hospitals have been overwhelmed,  mortuaries are overflowing with the death toll rising beyond the 400 mark, most of those civilians. So when a huge demonstration took place yesterday in London, one might have thought that even the most hawkish right-wingers would pause for thought. But not Melanie “not just Barking but halfway to Upminster” Phillips. 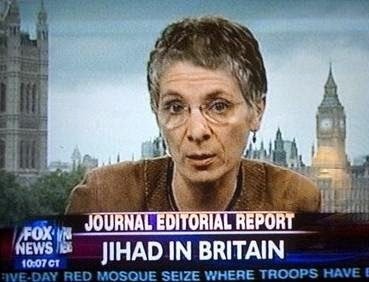 Definitely not Fair and Balanced

Mad Mel was at her screaming, intolerant worst. That the Israeli Government might be overreacting and indulging in disproportionate behaviour was not allowed to enter. Anyone dissenting from her view was hell-bent on the destruction of Israel. 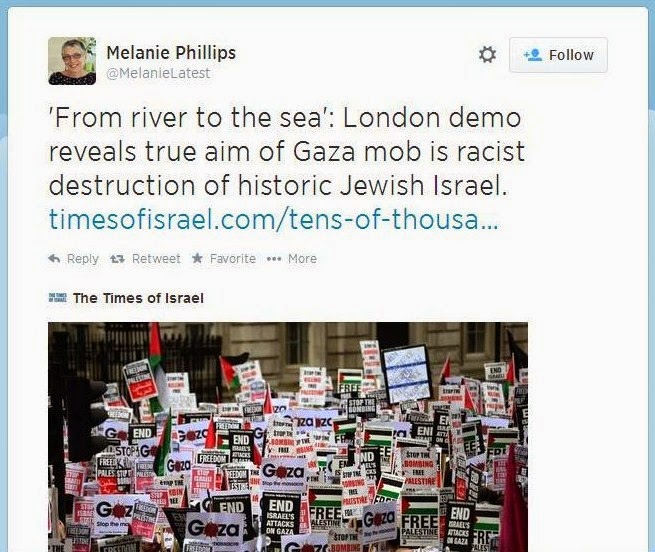 The demonstration was her main target. “‘From river to the sea’: London demo reveals true aim of Gaza mob is racist destruction of historic Jewish Israel” she frothed, not realising that Israel is, historically, just 66 years old. 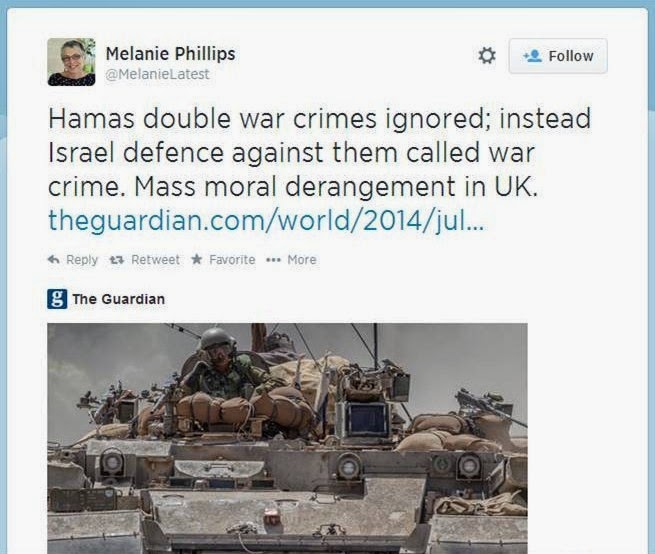 And note that a peaceful demonstration is, in the retelling, a “mob”. But there was more: “Hamas double war crimes ignored; instead Israel defence against them called war crime. Mass moral derangement in UK”. The Guardian doesn’t agree with her. 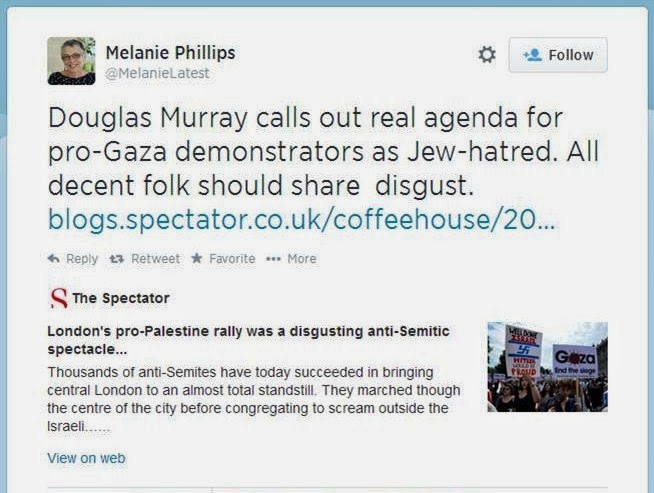 But someone does: “Douglas Murray calls out real agenda for pro-Gaza demonstrators as Jew-hatred. All decent folk should share disgust”. Yes, I’m disgusted that anyone should take an Islamophobic bigot like Murray on trust. 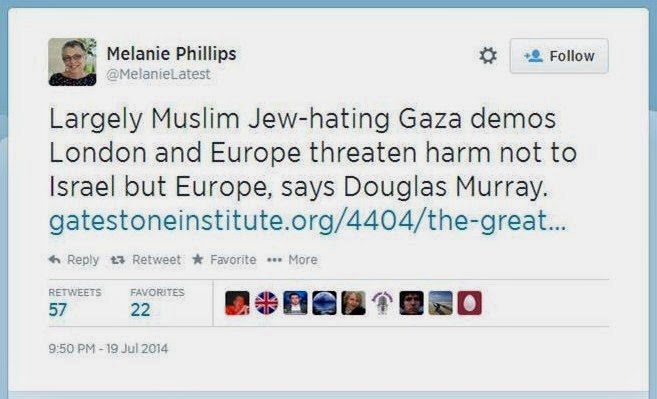 That, though, did not concern Mel: “Largely Muslim Jew-hating Gaza demos London and Europe threaten harm not to Israel but Europe, says Douglas Murray”. Citing Murray in support even once is bad. Twice ... you figure it out. 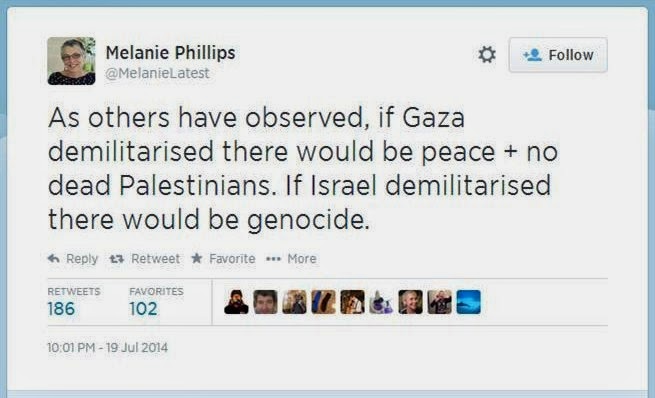 It’s a pretty poor one. And we can get some idea how poor when considering how someone who experienced decades of the Apartheid regime in South Africa viewed how Israel is behaving towards the Palestinians. Nelson Mandela noted that “The so-called ‘Palestinian autonomous areas’ are Bantustans. These are restricted entities within the power structure of the Israeli Apartheid system”.

He continued “Apartheid is a crime against humanity. Israel has deprived millions of Palestinians of their liberty and property. It has perpetuated a system of gross racial discrimination and inequality. It has systematically incarcerated and tortured thousands of Palestinians, contrary to the rules of international law. It has, in particular, waged a war against a civilian population, in particular children”.

Before Melanie Phillips talks of “demilitarisation”, she should heed those words. But she, and too many others, will not. There is no military solution available in Gaza.
Posted by Tim Fenton at 13:54

Just seen on Twitter a 2 year old girl has been killed in Gaza. I would ask ms Phillips - how, in the name of any religion, is this justified.
I have a Jewish friend, a doctor, who is in despair at what is going on. Would she call him a bad Jew?
These "adults" on both sides need to stop playing their war games which international governments support by selling them arms.

And now, BBC news channel reports that, for US tv interviews, Netenyahu has accused Palestinians of choosing telegenic victims to show on their news reports. What a disgraceful remark to make!!

Apologies if my comments bore your readers. Rant over.

Ah, the significant difference between apartheid SA & apartheid Israel was that the former relied upon their captive bantustan workforce; the latter hope their bantustans will simply wither and free up Greater Israel. I wish this was hyperbolic

You have to seperate concepts of Jews and the Israeli Government.

Jews suffered at the hands of the Nazis.

The Israeli Government learned tactics from them....

To Steve B - Not understood what you mean by "separate concepts". Israel was formed as a Jewish state; the Israeli government is made up of Jewish people. Not representative of the Jewish people as a whole but they are still Jewish. It is likely that members of the Israeli government (& I am not supporting the military incursion into Gaza)had family who suffered at the hands of the Nazis.