These People Say Ed Is Weird

Peter Oborne penned one must-read paragraph earlier this week: “Political journalism is, in general, an unattractive profession which becomes especially unpleasant when reporters, taking advantage of safety in numbers, gang up with each other to turn a decent and honourable individual into a figure of ridicule”. The “decent and honourable” figure he had in mind was Mil The Younger. 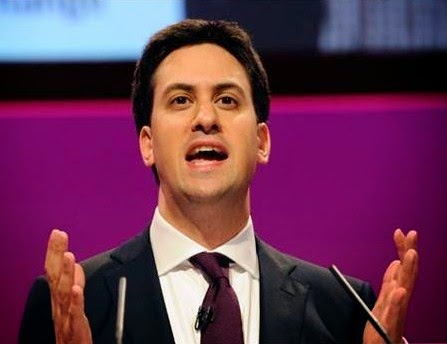 Who says this man is "weird"?

Oborne put the barrage of invective being hurled at Miliband on a more or less daily basis on a par with that meted out to Neil Kinnock, “Shagger” Major and, when he was leader of the Tory Party, William ‘Ague. Yes, the abuse is being rained down on the Labour leader, and much of it by those who call Miliband “weird”. So perhaps it is time to see just how much room those hurling the abuse have on that front.

And what better place to start than at the Guido Fawkes blog? From left, we start with the sad and embittered figure of Simon Carr, covering with aplomb the enormous chip on his shoulder when it comes to anything concerning Labour. Then there is Alex Wickham, newly anointed teaboy, who has become convinced that wearing braces will award him some gravitas (wrong). 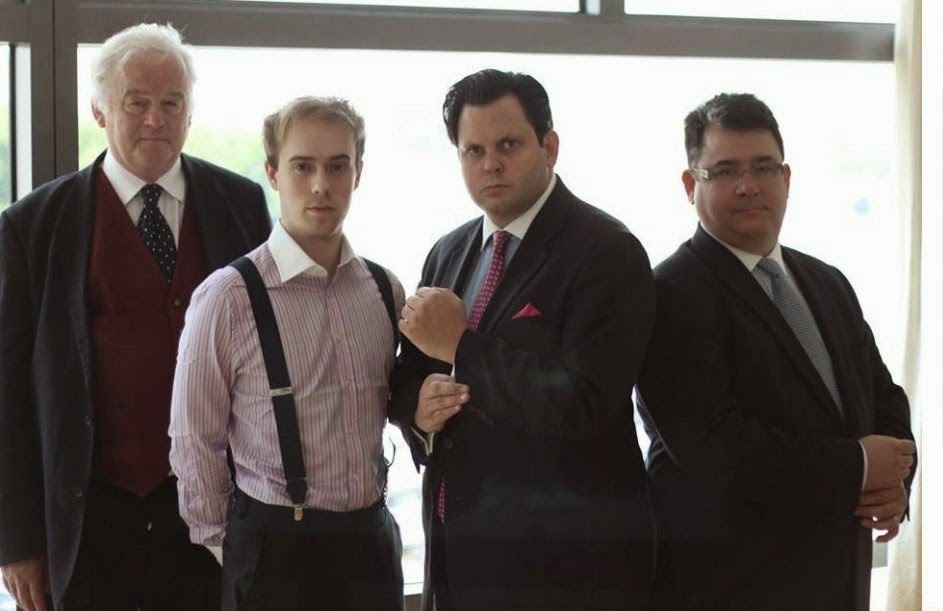 Why, these not at all weird chaps do ...

Next is Master Henry Cole, aged 17 ¾, the odious flannelled fool pretending to be one of Der Mannijmunt, rather than a thin-skinned shitbag of no fixed hairstyle. And finally comes the perpetually thirsty Paul Staines, The Great Guido himself, now known to be a Tory Party shill, deploying his suit jacket with care in order to conceal his MBE (Multiple Belly Environment). They’re not weird at all. 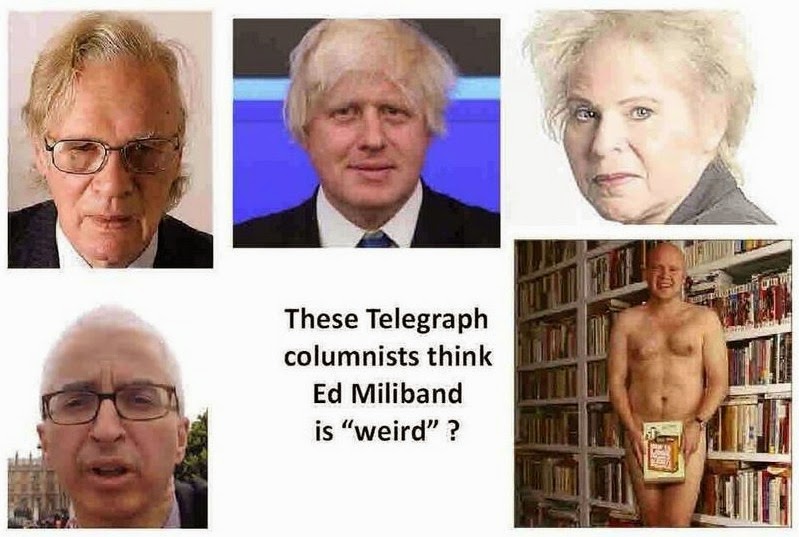 It’s no better at the Telegraph, where (clockwise from bottom left) we see Benedict “famous last words” Brogan, now an ex-pundit, serial fraud Christopher Booker, London’s occasional Mayor Alexander Boris de Pfeffel Johnson, another sad and embittered presence in Janet Daley, and the loathsome Toby Young, attempting to strike a humorous and edgy pose (badly). They, too, are not weird. 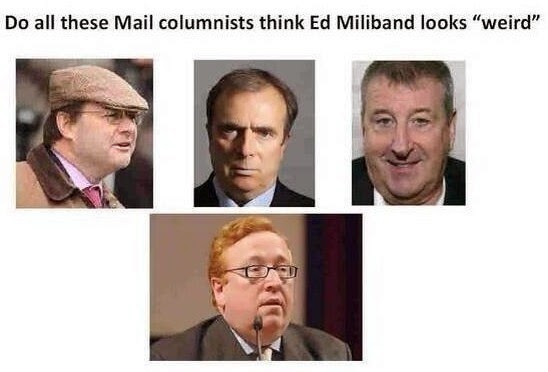 ... as well as these examples of non-weirdness

The Mail titles are equally bad, with (clockwise from top left) Quentin Letts (let’s not), and Peter Hitchens, whose idea of winning debates is to go on and on and on and on without letting anyone get a word in edgeways until he starts a froth at the mouth and falls over backwards. But by that time, everyone else is fast asleep, so he has triumphed. The rest of the paper’s rogues’ gallery is no less an unpleasant prospect.

Talentless and unfunny churnalist Richard Littlejohn, the sage of Vero Beach, is not weird at all, and finally (very) we see Simon “Enoch was right” Heffer, who is the very acme of normality. These less than totally august beings are all of one mind: Ed Miliband is weird. They, on the other hand, are not. It’s a strange looking-glass world that some out there on the right inhabit.

And it is a land littered with very draughty glasshouses.
Posted by Tim Fenton at 12:24

They're only dishing it out because they're worried Labour will win in 2015.
Tedious in the extreme.

The collage of Mail hacks can't be accurate. For instance, as any fule kno, Richard Littlejohn is a chisel-chinned, sharp cheek-boned chap at least thirty years younger than that Jabba The Hutt wannabe shown top right. I know this because that is how he is portrayed in the unfunny cartoons by Gary to illustrate Littlejohn's tedious ramblings.

Talking about tedious ramblings, Littlejohn's latest book on sale at £18.99 is available on Amazon at a still overpriced £8.66.

The reviews are mostly arslikhan but the one star reviews give him a funny and well deserved kicking.

Worth a look if you have ten minutes to waste...