Guido Fawked – Silenced By The Barclays

Time was when the perpetually thirsty Paul Staines and his rabble at the Guido Fawkes blog would lay into the Fourth Estate – the hated MSM – without fear or favour. But then The Great Guido began his shameful sellout to the press, and, one by one, papers were no longer targeted. Only the Mirror papers, the Guardian Media Group, and the Lebedev titles are now left. 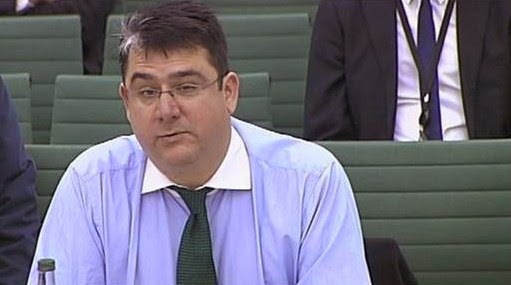 Nah, we haven't been silenced, we were just in the pub, sod it, no, meeting, coordinating drinks, shit no, information, on where to get pissed. Oh bollocks

Such is the subjugation of the Fawkes folks to their new paymasters that even reporting the facts about goings-on among those who scrabble around the dunghill that is Grubstreet is frowned upon: Staines and his pals had been happily relaying events at the Telegraph, mass sackings and all, for some time, but at the end of last month, all that stopped. Or, more likely, someone caused it to be stopped.

So the departure of Damian Thompson, clueless pundit of no fixed hair appointment, from the editor’s chair at the bear pit that is Telegraph blogs was reported, as well as the departure of Benedict “famous last words” Brogan, plus Jenny McCartney, Tim Jotischky, Cole Moreton, Lucy Kinder, Neil Tweedie and James Weeks. Then the direct feed of information went dry. 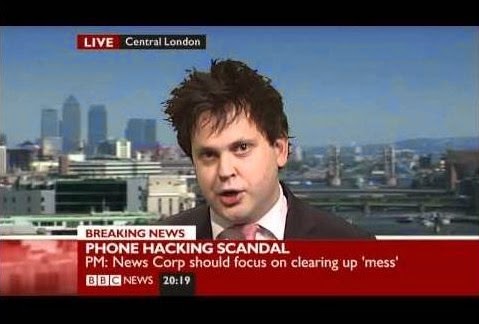 I can't be silenced, cos I'm on telly!

No matter, the Fawkes folks merely rehashed the sacking news provided by Roy Greenslade at the Guardian (which is deeply despised by The Great Guido, except when it is useful to him). So readers knew that sports correspondents Ian Chadband, Simon Hughes, Kate Laven, Graham Clutton and Jim McGrath had gone. That was on June 27. But it was not the end of the sackings.

We now know this because Private Eye magazine has, in its latest issue (#1370, available from all good newsagents) pitched several more names: a purge of women, with Sue Cameron, Cristina Odone, Rowan Pelling, Jemima Lewis and Celia Walden all on their way (those wondering why there had been no recent sign of Ms Odone at Telegraph blogs now know why). 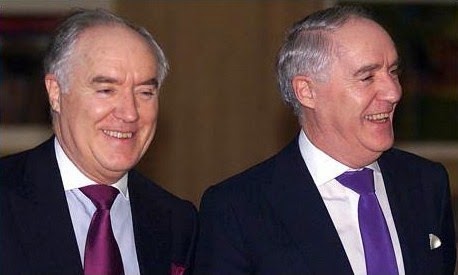 Of the male staff, Graeme Archer (hence another gap at Tel blogs), Tim Stanley (ditto) and David Reilly were deemed surplus to requirements. And, saddest of all, Matthew Norman and Terry Wogan were also disposed of, with the Eye suggesting Peter Oborne might also be for the chop. Oborne, one of few pundits to command respect across the political spectrum, could walk into another job tomorrow.

So why has The Great Guido missed all of this? Simples. Staines’ tame gofer, the odious flannelled fool Henry Cole, works more and more for the Spectator, owned, as is the Telegraph, by the Barclay Brothers. The Omerta of the MSM has done the rest: it is not done to talk about other papers, unless you’re the Guardian, and the rest of the Fourth Estate despises that paper for its stance.

The Fawkes rabble shows once again that it has sold out. Another fine mess.

[UPDATE 14 July 1550 hours: The Great Guido, in order to demonstrate that he can in fact talk about what is going on at the Telegraph, has mentioned that two of the present staff have been promoted, and that there is a post vacant. Wow. 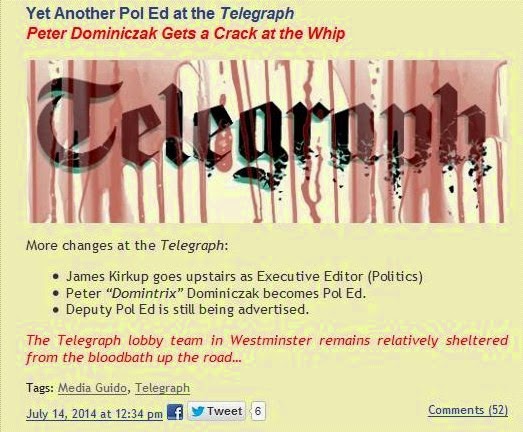 Could be that he is aiming for a R4 Today programme gig?

They're looking for "man in the pub" commentators.