Reshuffle – It Was Wonderful. Or Not

Tokenism. Insulting. A takeover by “The Blob”. All sentiments from right-leaning pundits after Young Dave completed his ministerial reshuffle last week. But time is ticking down to next May’s General Election. It is time for all loyal Tory-supporting pundits to come to the aid of the party, however lame the narrative. And so in they all trooped, spin prepared, to tell that it was really rather good. Well, nearly all. 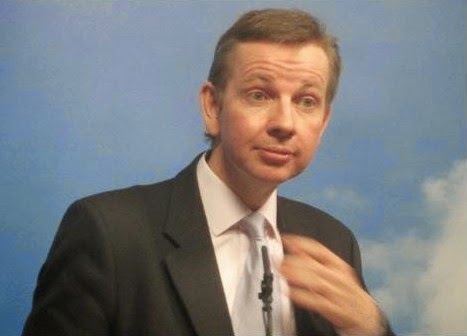 Yes, "Oiky", the pundits like you. But you're still demoted

For starters, having Michael “Oiky” Gove demoted to Chief Whip, according to the odious Quentin Letts (let’s not), was No Bad Thing: “Michael Gove sat in the end-of-bench berth reserved for Chief Whips ... To see the Gover in that august position perhaps reminded one that Chief Whip really is quite some job”. Then he pretended that Young Dave had won last week’s PMQs, as he always does.

Letts told that Philip Hammond was another rather good choice, even suggesting him as future Prime Ministerial material (does he have a wisdom tooth excuse, though?). So Letts is already saying it was all excellent. Bruce “Brute” Anderson at the Telegraph tried to outdo even that: the reshuffle was “just about the most abused ever. In my view, the critics are completely wrong”.

What of the Gove sacking? “The removal of Michael Gove was the most dramatic aspect. It aroused great alarm and despondency: would this mean the end of the Gove reforms? There is a simple and emphatic answer to that: absolutely not. Mr Gove was not only a good education secretary. He was a great one, and he brought to his daunting tasks radical energy, indomitable courage and a profound idealism”.

So that’s another inhabitant of cloud cuckoo land, then. But there was no shortage of eager pundits wanting to talk up Cameron’s new team, as witness Matthew d’Ancona, whose Gove take is, er, interesting: “Cameron had tailored an entirely bespoke role for his friend and colleague ... It is certainly true that Gove had discussed a move of this sort with both Cameron and Osborne”.

You think that was barking? The peroration was even more out there: “This reshuffle was not a victory for Left or Right, men or women, but for sturdy Tory pragmatism. It is this which has guided Cameron’s career for 20 years. More to the point, it is this which he believes, with growing confidence, will steer his party to victory next May”. Cue endless re-runs of that Smash advert. Anyone care to dissent?

You betcha, says Sarah: at the Spectator, under the title “David Cameron’s Stepford Ministers” [ouch!], Melissa Kite observed that “As women routinely break through the glass ceiling purely on their merits, in arenas from banking and law to engineering and information technology, Cameron presides over the last bastion of soft misogyny”. No invites to 10 Downing Street receptions for you, Ms K.

And she may have something: Cameron is, after all, a former PR practitioner.
Posted by Tim Fenton at 17:30

What the Dickens? A toff makes the ultimate political sacrifice by dropping his mate from preferred office.

And most everyone agrees it is a far, far better thing that he has done, than he has ever done.

"The Blob" would be quite a good name for the incestuous group of politicians, spin-doctors and pundits who spend their time talking to each other (creating an echo chamber effect) but fail to notice that, for example, large numbers of people have reservations about Michael Gove's "reforms".