“Damning US intelligence puts Russia in the dock” proclaims the Times’ front page lead this morning. Thus the orthodox line: only at superpower level can you find the quality of intelligence to nail Vladimir Putin and his followers. This recalls the aftermath of the then USSR shooting down flight KAL007 after it had accidentally strayed over Soviet airspace. 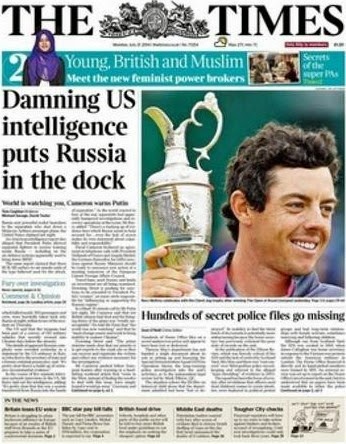 The USA had what we now know as Global Positioning System (GPS): their military could see that the Russians were dissembling. But what the Times, and most of the mainstream press would rather not admit, is that, with less and less being spent on proper investigative journalism, but more ordinary people having access to the video technology and the internet, the incriminating evidence can come from anywhere.

And nowhere has this been seen to better effect than in the pursuit of evidence to show that a Buk missile launcher was in the rebel-held area of eastern Ukraine at the time Malaysia Airlines flight MH17 was shot down last Thursday. Photos and videos were linked to the towns of Snizhne and Torez by using tools such as Google Earth and local language skills.

Not that you would know this from reading the report fashioned by the Daily Mail, which does not credit those who did the hard work, but instead subsumes the results of their research inside a much longer piece giving a wider picture of the shooting down. For citizen journalism to get the credit it deserves, you have to look in at the deeply subversive Guardian. 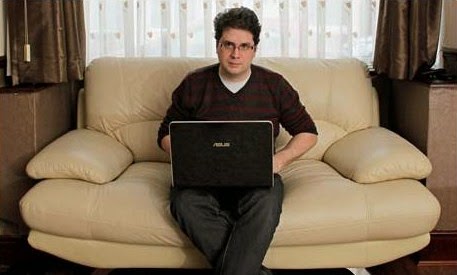 Here, Eliot Higgins (aka Brown Moses) and his new venture Bellingcat are name-checked. Why is this project important? Ah well. Here we enter a world that the Times doesn’t want to talk about, and the Mail doesn’t want to credit. Eliot has made Bellingcat open for anyone to view for the next 48 hours, so you can see how he and his contributors located the Buk.

HERE he analyses a video showing the launcher driving through what was claimed to be the town of Snizhne. Crowd-sourcing and online tools and maps were all that was needed to confirm that it was indeed taken in Snizhne, the apartment block used as a vantage point, and therefore that the Buk was around 10 to 15km from the crash site around the time MH17 was shot down.

HERE the language skills of Aric Toler are used to pinpoint the location where a Buk launcher was seen minus at least one of its rockets. This was shown to be the nearby town of Torez: the yellow facade of the store was key. There is a Kickstarter open for Bellingcat, and you can contribute HERE. I have already done so, as have around 450 others. If the press won’t do this work, there is one alternative.

You want it done properly? Do it yourself. Please support Bellingcat – today.
Posted by Tim Fenton at 10:49

Not only Brown Moses but Peter Jukes (Tweeter extraorinaire) has shamed them so much they seem to have started a vendette against him based on an anonymous tweet from @TabloidTroll's mate @frankiescar. All in the public's best interest of course.

The Daily Mail is investigating the finances of @peterjukes, asking if he misled his crowd-funders. Wonder why? Clue: http://hackingtrial.com"

The incriminating evidence that you talk about was reported in all the major news outlets (including The Times and The Daily Mail) but was referenced as from an unverifiable source, which it is.

The Times wouldn't do a front page headline saying "Unverifiable source puts Putin in the dock", nor would any other self respecting old or new media outlet.

The question is about journalistic integrity and avoiding ending up in court. Remember the faked abuse pictures in The Mirror? Unverifiable source.

Any comparison with the Mirror being hoaxed is so tenuous as to not be credible.

"However, going by the billboard and other features of the scenery, Russian bloggers and news sources claim to have identified the road in the video as having been taken in or near the town of Krasnoarmeisk ("Krasnoarmiysk" in Ukrainian), which has been under Kiev's control since May.

In fact, the billboard is supposedly advertising a Krasnoarmeisk car dealership. Also, one of the structures in the background is said to be a construction materials store on Gorkii Street, Krasnoarmeisk.

Please note that this town is (very roughly) 120 kilometers from the Russian border and 80 kilometers from where the Malaysian 777 went down. And again, it has been under Kiev's control since May.
Read more at http://globaleconomicanalysis.blogspot.com/2014/07/video-of-rebel-buk-launchers-headed.html#uPBKe4UgjhHZV9K6.99

On Friday, the Daily Mail, one of the major UK tabloids carried photos and video of what was alleged to be a rebel "Buk" launcher heading back to Russia. The article carried a claim from some Ukrainian source that the launcher was missing several missiles after having shot them at the Malaysian 777. The article was prominently linked to the Drudge Report, and so was probably viewed by several million people.

Today, this meme made it into Uncle Sam's official narrative, as per the following New York Times excerpt:

On the CBS program “Face the Nation,” Mr. Kerry referred to a video that the Ukrainians have made public showing an SA-11 unit heading back to Russia after the downing of the plane with “a missing missile or so.”

The video referenced by the New York Times was, in fact, posted on the Facebook account of the Ukrainian Interior Minister. The allegation was that the launcher was crossing the border with Russia.

However, going by the billboard and other features of the scenery, Russian bloggers and news sources claim to have identified the road in the video as having been taken in or near the town of Krasnoarmeisk ("Krasnoarmiysk" in Ukrainian), which has been under Kiev's control since May.

In fact, the billboard is supposedly advertising a Krasnoarmeisk car dealership. Also, one of the structures in the background is said to be a construction materials store on Gorkii Street, Krasnoarmeisk.

Please note that this town is (very roughly) 120 kilometers from the Russian border and 80 kilometers from where the Malaysian 777 went down. And again, it has been under Kiev's control since May.

Fascinating. You will be happy to know that I'm Tweeting your comments out to see what feedback tells me.