Littlejohn – What If He Wasn’t A Twat?

Journalists love a “what if”: a lack of decent copy can always be livened up by one of these. No need for facts, nor for research – the author can just make it up. So it should surprise nobody that the Daily Mail’s tedious and unfunny churnalist Richard Littlejohn has resorted to a “what if” to illustrate his apologia for what the Israelis are getting up to right now in Gaza. 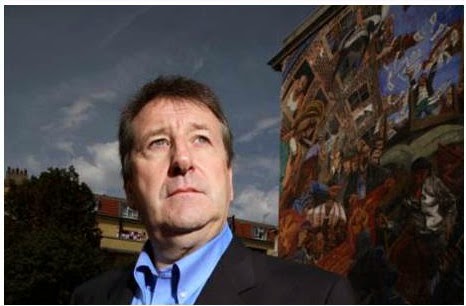 “Let’s just imagine, for a moment, that a rocket fired from Gaza had hit a plane coming in to land at Ben Gurion airport in Tel Aviv. What if a British Airways jet had been brought down over Israel, with a similar loss of life to the 298 people who perished on Malaysian flight MH17?” asks Dicky Windbag, inventing a false equivalence between the Buk surface to air missile and what Hamas can muster.

So let me put Littlejohn straight: what hit flight MH17 had around 70kg of high explosive on board. The missile could take out planes flying at twice the height of the downed Boeing 777. By comparison, what landed near Ben-Gurion Airport earlier this week was a pea-shooter, which managed to damage a house, but failed to get anywhere near any aircraft, let alone one carrying passengers.

Moreover, had Dicky Boy bothered to do any research – OK, maybe that’s expecting too much from Paul Dacre’s million pound pundit – he would have found that Israel’s transportation ministry has reassured travellers: “Ben Gurion Airport is safe and completely guarded and there is no reason whatsoever that American companies would stop their flights and hand terror a prize”.

But he’s got another line of attack: “Hamas hides behind women and children, in schools, hospitals and mosques”. That’s another canard that has been well and truly debunked. Gaza is 41km long, but less than 6km wide in places, and the Israelis are ordering the 1.8 million inhabitants to move at least 3km from their border with the area. The “human shields” claim is another myth.

And woe betide anyone who protests against Israel’s behaviour: “Yet among the gormless rent-a-mob, there are dangerous people who wish not just Israel but all of us serious harm. They’re the same hardliners who cheered as the planes hit the Twin Towers, who justified the London Transport bombings and want to impose Sharia law in Britain”. Yes, paranoid twattery of the crudest kind.

From what Littlejohn is proposing, we should all look the other way and take what Israel’s spokesmen say as gospel fact, and if we don’t, well, we’re a load of Hamas supporting “hardliners”. That’s so insulting, I’m not going to give it the time of day. It’s yet more insulting from an obscenely overmonied sleazebag who spends most of his time thousands of miles away in Florida.

What if Littlejohn wasn’t a twat? Don’t bother. It’s an impossible scenario.
Posted by Tim Fenton at 12:58

It's pretty much pointless nitpicking Littlejohn's lies but still:

A shop in Manchester, for instance, is targeted by pro-Hamas demonstrators every day because it sells some goods made in Israel.

I think here he's talking about Kedem. Which:

a) is not being targeted by 'pro-Hamas' demonstrators', but anti-Israel demonstrators - the two aren't the same.

b) is also a site of pilgrimage for pro-Israel types, to ostentatiously buy stuff to 'demonstrate solidarity'.

c) and most importantly, it is being targeted because it sells goods made from Dead Sea minerals - and the Dead Sea, lest we forget, is not in Israel at all.

Also - the 'why don't you stop using mobile phones' thing is bullshit. Israeli companies led the way in a lot of mobile phone technology, but mobiles aren't dependent on Israeli-produced materials (and certainly not on West-Bank-produced ones). It's a standard pro-Israel talking point but it doesn't make it any less bollocks - it's the equivalent, to use Littlejohn's favourite analogy, of instructing everyone during WW2 to stop reading books because a German introduced the printing press to Europe.

What if the British army had bombed and strafed Catholic areas of Belfast wholesale every time a republican did something violent, killing women & children and wiping out medical facilities?

Here's a what if..... what if hamas spent the money on food and medicine instead of spending it on rockets and concrete for the tunnels?

I think I know the answer to this one!

He wouldn't be writing for the Daily Mail?