Sometimes, pundits become so bound up in their obsessions that they are the last to realise that they are playing the same tune, stuck in the same rut, trapped in their own ever decreasing circle. And this applies rather more readily than he will admit to the miserable blues artist of Telegraph Blogs, “whingeing” Dan Hodges, whose hatred of Mil The Younger is beginning to eat away at his very soul. 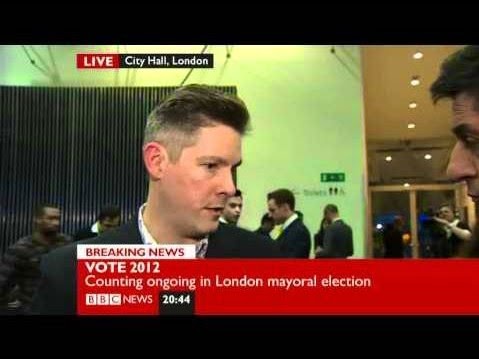 Hodges was unable to accept that Miliband had won the Labour leadership almost four years ago. He has remained unable to accept that fact ever since. But, despite his incessant carping, Miliband remains party leader and Labour remains ahead in the polls. Hodges left the party in an almighty mardy strop: hardly anyone noticed. So this too was Miliband’s fault, and the whining got louder.

After someone got hold of what looked for all the world like a Russian surface to air missile and shot down a Malaysia Airlines Boeing 777, Hodges used the aftermath to carp: “MH17: Ed Miliband is more interested in taking a selfie with Obama than speaking for the dead”. That’s so crass that it doesn’t merit attention. It’s using the shooting down as a stick to beat Miliband. Cheap and nasty.

The next day, readers were fed the suggestion that Miliband doesn’t really know why he’s doing the job. “Why does Ed Miliband want to be Prime Minister?” Very good Dan, why did Young Dave want the job? More vacuous sniping. And he still won’t win next year: “Now that Ed Miliband has accepted reality, Labour might be ready for the 2020 election” was last Friday’s first effort.

But come yesterday, Miliband was still there, so back into carp mode went Dan. The idea of a “Peoples’ PMQs” was “of course, a glaring example of precisely the sort of superficial gesture politics he supposedly decries”. Yeah, it was rubbish, like everything else he did! Can the leader of Her Majesty’s opposition do anything right in the view of whingeing Dan Hodges? Can he heck.

I am reminded of the conclusion reached by Lyndon Johnson towards the end of his Presidency: “If one morning I walked on top of the water across the Potomac River, the headline that afternoon would read ‘President Can't Swim’”. That is where Dan Hodges is now in his view of Miliband. The only difference is that LBJ threw in the towel rather than face the electorate – but Miliband will not.

Meanwhile, Hodges will carry on whingeing. But he will embarrass only himself.
Posted by Tim Fenton at 09:50

There's no getting away from it, he is a peculiar bloke. The Cameroon Tories & few bitter Blairites adore him because he tells them what they want to hear. Simple as that.

Just like the chief air warden in Dad's Army who had a fixation with Capt. Mainwaring and his merry band and usually came off the worse.

If David Milliband were Labour leader, would there be all this press chatter about how weird he looks?

Either Hodges is as bitter as he sounds about his favoured Miliband not getting the job - which must make life very miserable for him - or he's cynically writing this drivel to order, which can't make for a very happy existence either.

Maybe he's hoping to get a better job on the back of his contribution to journalism - which is largely the "Dan Hodges explains what X means for Ed Miliband" meme that goes round Twitter every tome he publishes another Ed Miliband article.

What a sad waste of his abilities as a writer.

@Guano - actually yes, if David M was labour leader, you'd still get the "weird" commentary, and I rather imagine it would be worse.

Partly because the RW media are hellbent on portraying any labour leader as awful and geeky, and unfortunately for the poor lads, the Miliband genes tend towards tall, dark, incredibly strong-featured men(which is v easily caricatured) and partly because believe it or not there's more photos of David Miliband being caught in awkward poses than there are his brother. That infamous confetti picture, for one.