The Monty Python team – minus, of course, Graham Chapman, who died some years ago – have reunited, mainly for the money, to play ten nights’ worth of dates at the O2 arena. Many old sketches have been lovingly exhumed and, even with five million volts through it, we now know that the Norwegian Blue is still dead. But all the dates have sold out: the Pythons remain popular. 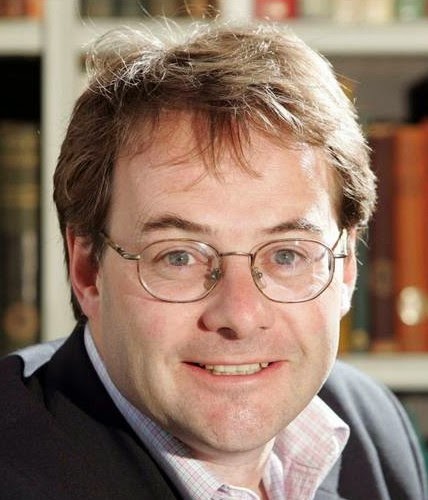 This has clearly irritated the legendarily foul mouthed Paul Dacre, editor of the Daily Mail, one of those newspapers that never really accepted Python as being the kind of thing that its readers should welcome into their homes. The Vagina Monologue is also acutely aware that his paper was in the righteous vanguard of hostility towards Python vehicles like Life Of Brian.

So it was no surprise to see that the Mail had decided to rubbish the whole exercise, in its own inimitable way: “Monty Python's 'DYING circus': Mixed reaction from fans to famous five's £4.5m O2 reunion show” proclaims the headline, with the assertion that “many fans took to Twitter to complain”. How many is “many”? Well, three, actually. Tens of thousands will see the shows.

The Mail is so keen to put the boot in that it has enlisted the dubious talent of the odious Quentin Letts (let’s not), who has pontificated in accordance with his editor’s requirements. “Five tuxedo'd old geezers, necks like tortoises, creaked and croaked through a patchy night of their greatest hits” ventured Quent, showing that he had remained awake through the Four Yorkshiremen sketch.

“Once they were the sharpest thing in satire. Last night, quite often, they looked and sounded like a dodgy tribute band” he continued, showing that, as with the Leveson presentation he had been ordered to hatchet back in November 2012, he hadn’t bothered taking notes and was winging it. And it was so expensive: “some tickets on the black market were going for close to £200”.

Yeah, free markets, terrible, eh? Wasn’t any of it any good? “But the show finally reached something worthy of the hype ... when they gave us such old favourites as the Spam sketch, the dead parrot sketch and best of all 'I Want An Argument'”. Very good Quent, the last-mentioned starts “Is this the right room for an argument?” [“I’ve told you once” ... “no you haven’t” etc].

Letts can’t even get the sketch titles straight. So why did he even bother going? Ah well. Messrs Cleese, Palin, Idle and Jones are all signatories to the Hacked Off “Leveson declaration”. Therefore they are to be kicked at every opportunity. Other critics can be safely ignored: the Vagina Monologue has spoken, Letts has his instructions, and, as ever, has obediently delivered.

Poor Quent, reduced to arguing in his spare time. And also just for the money.
Posted by Tim Fenton at 10:55

It's funny that a commenter on a recent Press Gazette article on The Guardian's T shirt offer suggested that The Daily Mail were making shedloads of cash by not moralising like The Guardian (obviously upset about Leveson and phonehacking trial).

As if the Great Moraliser practised what he preached!

The Mail has especially had it in for Cleese for sometime. I believe he had the temerity to make public comments to suggest this is not the world's greatest newspaper. And I suspect Dacre is very disappointed its come from a crothchety moaning reactionary like Cleese. If someone like him doesn't love the Mail, who does?

They acknowledged the Daily Mail review on stage during the last show of all; making a joke about Paul Dacre having had an arsehole transplant but the arsehole rejected him...

Quentin Letts came across as a tedious little boy, shaking his fist at people with more talent than he, merely for the crime of growing older.

The arsehole transplant joke was first made in the 1970s about Richard Nixon, so Dacre is actually in rather elevated company.