Those who thought that Young Dave had finished his clearing out of older ministers last night have now been disabused of that notion, as the joyous news has emerged that Michael “Oiky” Gove has been removed from the Department for Education and sent to become Chief Whip, which latter move is a sly and ever-so-slightly devious play by the Prime Minister. 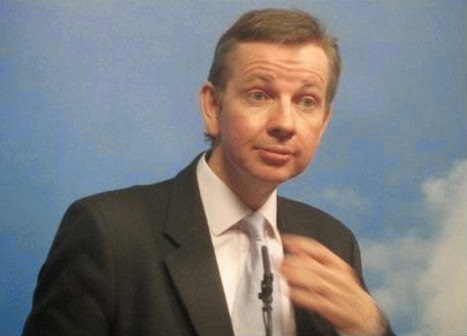 Why so? Ah well. There is no-one better at briefing those who scrabble around the dunghill that is Grubstreet than “Oiky”, and the threat of setting the less charitably minded part of the Fourth Estate onto those MPs who have difficulty doing as Cameron wishes is not only a potentially very effective way to keep them in line, it also requires very little time and effort to be expended.

But the most significant part of this move is that the most polarising Education Secretary for some decades has been turfed out less than a year before a General Election. Cameron is going to need every vote he can lay his hands on, with his party steadily shipping members and many traditional Tory supporters either defecting to UKIP, or literally dying off.

Getting rid of Gove from Education satisfies two criteria: one, it signals that, whatever the spin about how wonderful recent reforms were – and much of that was generated by Gove shooting his mouth off to his press pals – the much-vaunted Free Schools programme had gone more than a billion notes over budget, and the supposed driving up of standards was not being seen.

And the second criterion satisfied by seeing off “Oiky” is that some of the teaching profession might see that as sufficiently conciliatory to move them back to the Tory fold. As Adam Bienkov has pointed out this morning, “In 2010, the Tories had a small opinion poll lead among teachers. Four years later, Michael Gove had converted that to a 40% deficit”. Mike Smithson at Political Betting provided the graphic.

This matters, and matters beyond the votes cast by those in the teaching profession. These are community leaders, opinion formers: their take may influence parents rather more than what they read in the papers. So Cameron has replaced “Oiky” with Nicky Morgan, but as she is anti-abortion and against same-sex marriage, that may not be sufficient to bring all those teaching votes back.

Meanwhile, spare a thought for the loathsome Toby Young and his pals, seeing their great hero sacrificed on the altar of actual popularity. Tobes will be inconsolable this morning, which is why so many of us are beaming from ear to ear as we see “Oiky” rightly shuffled off, the only downside being that it should have happened a lot earlier. Hopefully Ms Morgan will concentrate on children’s education, not spin.

Yes, the preposterous ministerial reign of “Oiky” is over. Let joy be unconfined.
Posted by Tim Fenton at 09:58

I see Mr Gove's 'Free School Champion' - Toby Young is chairing an event on of all things Asbestos.

Maybe this is what protects him when his pants are on fire?

Another supporter of the asbestos industry was Cyril Smith. According to his obituary in the Mirror he was in the pay of Turner Newhall which owned a factory in his constituency and even wrote a commons speech for him.

Having felt unwell over the weekend, I suddenly feel MUCH better.
I understand Ms Morgan is an economist - maybe the free schools programme will be under increased scrutiny. Toadmeister should be worried.

Must have taken her a while to check out this Blog.

11:55: Beth Rigby - FT deputy political editor tweets: There are 500k teacher & 300k teaching assistants in UK. If Tories can get just some of them back by culling Gove, could help 2015 election

Cue Toby's next blog, pretending to be mortified/confused by oiky's departure ( 'how could Cameron do this to The Best Education Sec. We've Ever Had' etc.) while at the same time brown-nosing his way around Morgan.

"Yes, the preposterous ministerial reign of “Oiky” is over. Let joy be unconfined."

Slight damper on the unconfinity?

Being preached at at that time of the morning?

The Chief Whip is in charge of party discipline. How does Gove's undisciplined spat with the Home Office, Cummings' vitriolic attacks on any perceived opponent (with Gove's tacit support),uncontrolled overspending etc give him any credibility with other Tory MP's and the public for the post?

"Solidarity" in an election year?

Suspect his relationship with Uncle Rupe (all those dinners) could provide him with useful information to keep them docile?

It seemed to help Jeremy Hunt not so long ago.

Toby's asbestos link is that the Palingswick House site was found to contain asbestos, so they had to get in specialists to remove it. There's a growth industry in free school/academies suddenly finding that Gove's 'freedom' means 'freedom to sort out the absestos in the knackered old buildings we've dumped on you' - AFAIK the conference is sponsored by a company that will help 'manage' the problem for you.