“Was the phone hacking trial a ‘stitch up’”? asks Neil “Wolfman” Wallis in an article for Prospect, which goes on “Was the outrage over the scandal partly fuelled by a desire to emasculate the newspaper industry, asks a former News of the World Deputy Editor”. The answer to this is that, no it wasn’t: it was the exercise of due process in which some exercised their right to trial by jury. 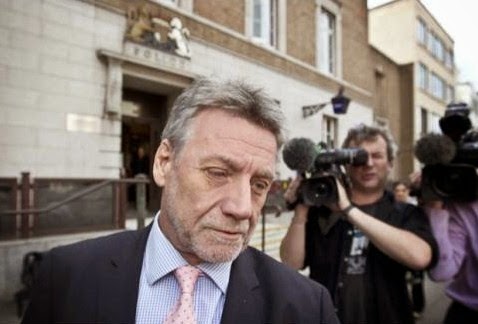 Wallis actually believes this to be true: “It is my belief that the frenzy of political and establishment outrage which followed the revelation that The News of the World had hacked into the mobile phone of the missing schoolgirl Milly Dowler, who was abducted in 2002, was partly fuelled by a desire to emasculate this nation’s newspaper industry”. That assumes the two events are equally unique.

Given that thousands of people had their phones hacked, and that the Murdoch empire started paying some of them off well before the Dowler revelations, there may still have been a hacking trial even if there had been no hacking of the dead girl’s phone. But Wallis is so fixated on playing the victim that this does not enter.

“The phone-hacking scandal came at just the wrong time, running head-on into a perfect storm of political indignation and resentment over press exposure of MPs’ abuse of their taxpayer-funded expenses; the Labour Party’s thirst for revenge against Rupert Murdoch for switching his tabloid newspapers allegiance to the Tory Party; and the desire of the Metropolitan Police to prove themselves ‘tougher than tough’” he asserts. This is no more than rank paranoia.

If the Labour Party were able to rustle up an equivalent storm every time a major newspaper turned against them, they would have seen off the whole of Fleet Street by now. That they have not tells you all you need to know about Wallis’ rhetoric. Also, remember the Met declined in 2009 (not just 2005-6 as Wallis asserts) to proceed with phone hacking enquiries. External events forced their hand.

Then Wallis segues effortlessly into asserting the Leveson Inquiry “deliver[ed] a damning anti-press report on British newspaper behaviour”, along with largely untrue claims about journalists’ sources and Police whistleblowers, and utterly specious claims such as “If it were not for a free press, the MPs expenses scandal of 2009 would never have come to light”.

The Royal Charter, which he rails against, contains no provision for prior restraint, or, as hacks such as Wallis might call it, “gagging”. It would not have prevented any story you could name from being published. But if all Police forces adopted disclosure rules as suggested by Leveson, his arrest would not have been publicised and all the damage to his career need never have happened.

Neil Wallis: voting to cut his nose off and spite his face in public. What a plonker.
Posted by Tim Fenton at 17:31

and presumably the outrage over the murder and the trial of Levi Bellfield was fuelled by a desire to emasculate the sexual predator community?

Still playing to his audience advising them to look away now before the next tranche of trials and tribulations are revealed?

It was always a pity that after his arrest he wasn't committed for trial so that he could prove his innocence instead of having to wait so long before they eventually decided there was not enough evidence to charge.

Although he now doesn't have to go through the trial process he is left in a sort of limbo where folks think there is no smoke without a fire burning away somewhere more especially as he had a foot in both camps (NOTW and The Met).

Perhaps that is why he is still so upset and perhaps why he should be more responsive to the concerns of the tabloids' victims.

As this blog-post from Brown Moses comments. Wallis the Wolfman doesn't seem to have a sense of irony or self-perception.

So let's go through this step by step.

We now know that there wasn't just one rogue reporter at NoTW. Phone-hacking was happening on a large scale.

It wasn't too difficult to get convictions. In fact some of those admitted that they were involved in phone-hacking.

This of courses casts doubt on the decisions by John Yates on two occasions (2009 and 2010) that it wasn't worthwhile investigating any further. As Leveson pointed out, Yates should perhaps have excused himself from involvement in those decisions given his long-standing friendship with former NoTW executive Neil Wallis. But he didn't. So there then followed a lot of public fuss about the non-investigation.

So it isn't about pay-back or attacks on freedom of the press. It is about public perception that a crime wasn't investigated due to the relationship between the suspects and the police. Part of the role of the 3 Ps (police, press and politicians) is to hold each other to account but that requires that they keep their distance from each other (and that the public perception is that they are keeping their distance from one another).

Wolfman Wallis is part of the perception that there isn't a proper distance. This is the report on his appointment as a consultant at the Metropolitan Police.