Could it get any better after the obscenely overrated Michael “Oiky” Gove was ushered out of the Department for Education? It certainly could: following behind was a phalanx of variously clueless right-leaning pundits, spinning for all they were worth on the Gove demotion, or the lack of movement for Iain Duncan Cough, left in post because nobody wanted to go near his shambolic “reforms”. 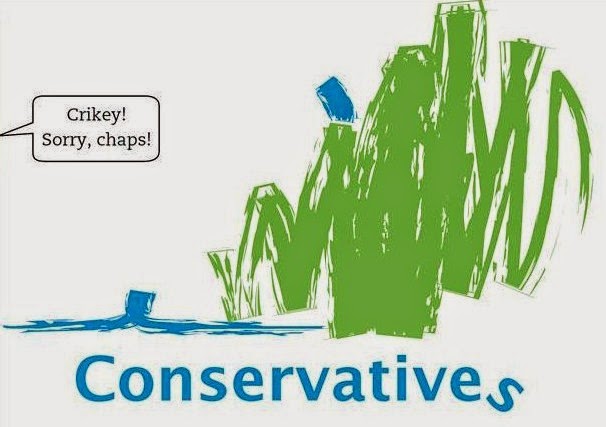 Yes, at times like this, we need a pointless sacrifice, and what could be more satisfying than to see Tory cheerleaders sacrifice what remains of their credibility in the belief that those outside their part of the Westminster bubble will do any more than laugh at them, in the manner of extras on a Smash advert? So who would care to lead off? How about the epitome of cluelessness himself? 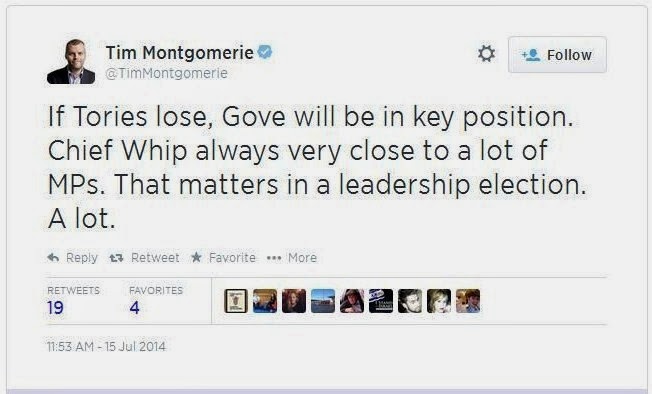 That would be Tim Montgomerie, gifted a job at the increasingly downmarket Times as a reward for grovelling to Rupert Murdoch. Monty was spinning Gove’s ousting. Desperately badly. “If Tories lose, Gove will be in key position. Chief whip always very close to a lot of MPs. That matters in a leadership election. A lot”. Bullshit. 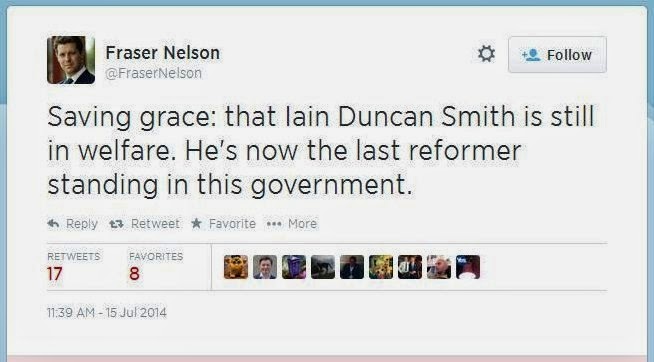 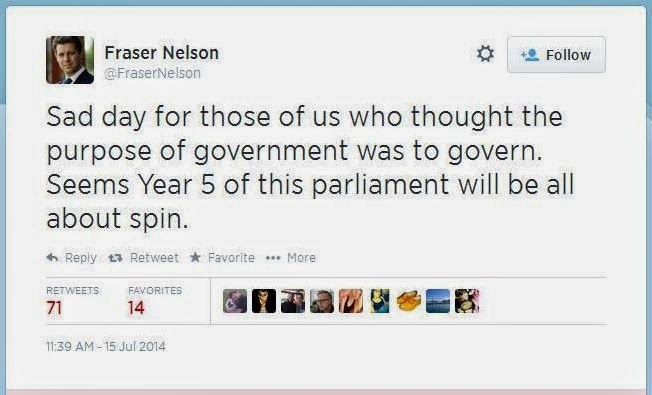 Meanwhile, Spectator editor Fraser Nelson, in irony free mode, told “Saving grace: that Iain Duncan Smith is still in welfare. He’s now the last reformer standing in this Government” and then followed that with “Sad day for those of us who thought the purpose of Government was to govern. Seems year 5 of this Parliament will be all about spin”. And what did you just say about the useless Duncan Cough? 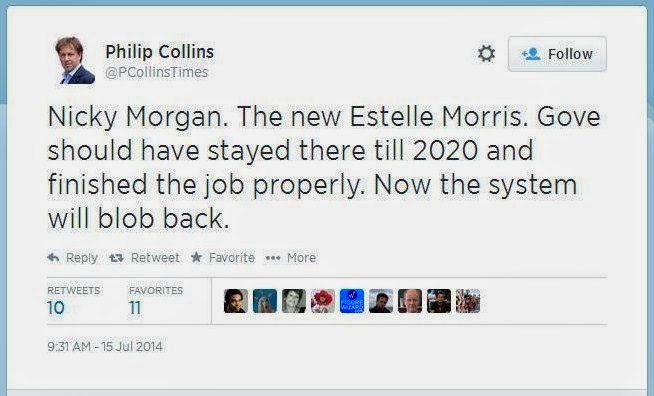 Back with the Gove demotion, another swallowing the spin was Philip Collins at the Times: “Nicky Morgan. The new Estelle Morris. Gove should have stayed there until 2020 and finished the job properly. Now the system will blob back”. That “Blob” stuff was for the more impressionable members of the public, Phil. 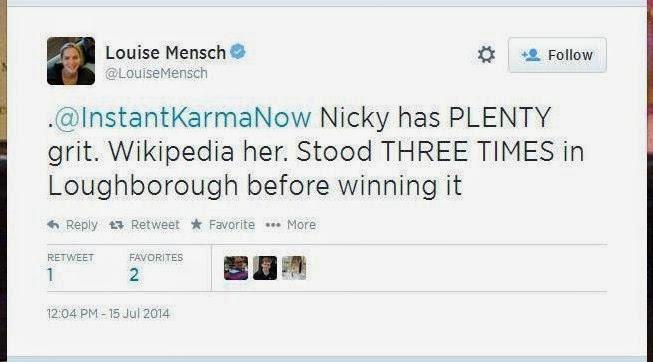 Gove’s successor was also on the mind of the Member for the remote constituency of Manhattan Upmarket, Louise Mensch, who asserted “Nicky has PLENTY grit. Wikipedia her. Stood THREE TIMES in Loughborough before winning it”. Ms Morgan stood once – in 2005 – before winning. Piers Morgan will not be surprised. 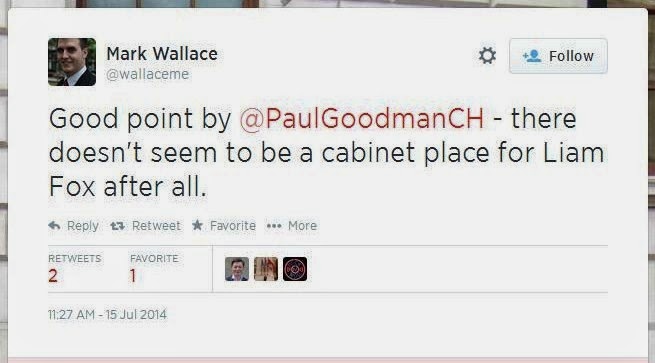 And what about the supposed return of Liam Fox? Mark Wallace at ConHome was disappointed: “Good point by [Paul Goodman] – there doesn’t seem to be a cabinet place for Liam Fox after all”. As if the Tories would gain any credibility, other than with fringe pundits, from letting the SOB back into Government.

The punditry of the New Conservatism is at least consistent: consistently lame, that is.
Posted by Tim Fenton at 13:33

Dominic Grieve quite open on World At One: http://www.bbc.co.uk/programmes/b04980dv

A coincedence that Dave did this and grabbed the UK media on the day that Jean-Claude Juncker was confirmed in the EU job that Dave staked his reputation on keeping him out of?


The increasingly spooky Captcha is giving me "unbelieving" as my first word!