Stability is what the West London Free School (WLFS), the domain of the loathsome Toby Young, must be crying out for after the ructions caused by the activities and subsequent sudden departure of former head Sam Naismith. Sadly, stability is exactly what it will not be getting as yet more of that high staff turnover is combined with uncertainty over where the teaching is going to take place. 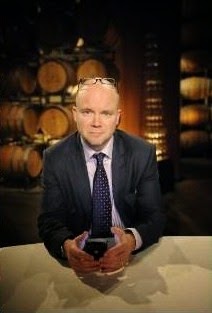 Wake up down there in the Weinbunker, Tobes

Quite apart from a new headmaster, Hywel Jones, having to ease his feet under the desk, there appear to be at least twelve – yes, nicely into double figures – new faces on the staff roster for the 2014-15 school year. Yes, the school roll is expanding as the oldest pupils move up a year and there is a fresh intake of youngsters, but there is also a need to replace those who left, or were caused to leave.

At least Tobes and his fellow governors can hire new teachers relatively rapidly. Finding somewhere for them to do their teaching is proving rather more complex. Here I am indebted to Tom Barry at Boris Watch who has pored over the various planning applications and pieced together the actions needed for the WLFS to migrate from its current site in Cambridge Grove (see HERE).

The WLFS primary school, at present in nearby Bradmore Children’s Centre, should be moving into the Cambridge Grove building, which should be undergoing building work at the same time. However, and here we encounter a significantly sized however, the senior school should by next September have moved partly to Palingswick House, and partly to an office block on Bridge Avenue.

Work at Palingswick House, as I noted recently, had for some reason stalled. This was because asbestos contamination had been encountered. Tobes and Co had a Plan B, which was a two-storey Portakabin classroom block in the front yard. The asbestos would be eradicated and Palingswick House would be fit for purpose the following September – as in 2015.

And the really bad news is that the Plan B has now apparently been abandoned: one look at the LBHF website shows Application “2014/00963/FUL | Erection of a two storey porta cabin with external staircases to the northern, eastern and western elevations to use as classrooms for a temporary period of 1 academic year (2014/15). | Palingswick House 241 King Street London W6 9LP” has been pulled.

So that’s 240 pupils with nowhere to go come September. When push comes to shove, they will probably have to remain at Cambridge Grove. So no building work will be possible at that site, unless something changes PDQ. And all this is highly likely to mean we the taxpayers stumping up yet more dosh for Tobes’ Very Wonderful school. But there is a little good news to tell.

This particular issue seems to be a big problem with Toby's 'plan' for the WLFS, which obviously relies on favouritism from both the DfE and the local council. Now one of those is in Labour hands, and another might well be in a year's time, it's going to be far harder for him to avoid all the problems that he's previously been able to magic away by being given shitloads of cash/free buildings/etc.

It probably doesn't help that he's such a party-loyal gobshite who's tired the WLFS colours to the Tory mast, if you will. That's worked well so far, with his obvious failings indulged and ignored, but if that kind of thing means that his future applications for funding/buildings are viewed in a less charitable light, surely parents at the school are going to start asking serious questions of his suitability to be CEO?