Journalist Mira Bar-Hillel describes herself, like many who were born in what is now Israel, as Jewish yet secular. She was born in Jerusalem in 1946 – at the end of what was known as the British Mandate – and moved to the UK in 1972. She served in the IDF, in a non-combatant role, as part of the national service that all Israelis must undertake. She was the first female Israeli news reporter. 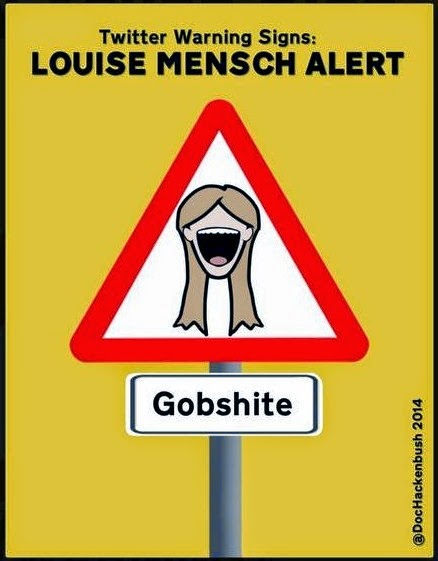 So she speaks on Israel from serious first-hand knowledge of the country, and experience of the 1967 Six Day War. But she is, at the same time, critical of much that is done in the name of Israel, leaving Press Gazette to note “An Israeli journalist has defended her claims that fellow Jewish writers in the UK are afraid to speak out against her country of birth over the Gaza conflict”. 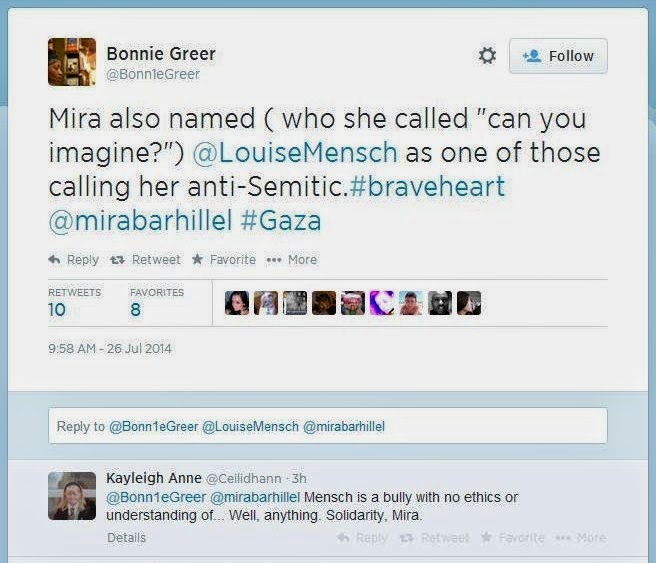 The blowback against Ms Bar-Hillel has now included her being branded an anti-Semite by none other than former Tory MP Louise Mensch, now representing the distant constituency of Manhattan Upmarket. The naming of Ms Mensch brought some surprise from Bonnie Greer, but Ms Bar-Hillel has been remarkably sanguine, considering the mean-spirited nature of the Mensch name-calling. 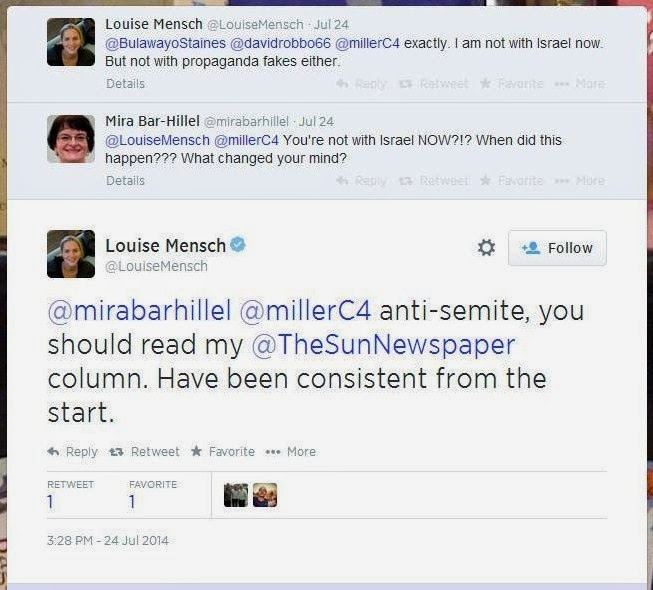 Take this exchange: the former MP asserts “I am not with Israel now”, to which Ms Bar-Hillel asks “When did this happen? What changed your mind?” There does not appear to be anything loaded or provocative in that reply, but back came Ms Mensch with “anti-Semite, you should read my [Sun] column. Have been consistent from the start”. Consistently nasty and intolerant, by the look of it. 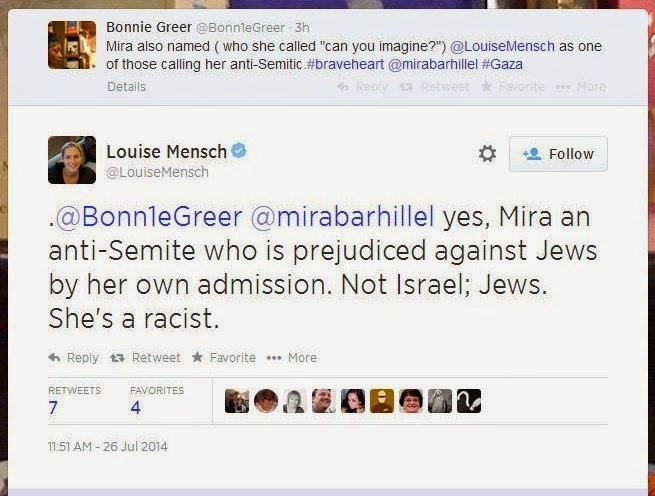 Ms Bar-Hillel does not need to sink to that level to give as good as she gets, laughing off the Mensch faux-monstering with “She’s hilarious ... so patronising” [got that in one]. This is probably as well, as the response to Ms Greer was yet nastier: “Mira an anti-Semite who is prejudiced against Jews by her own admission. Not Israel; Jews. She’s a racist”. Subtle, isn’t she? 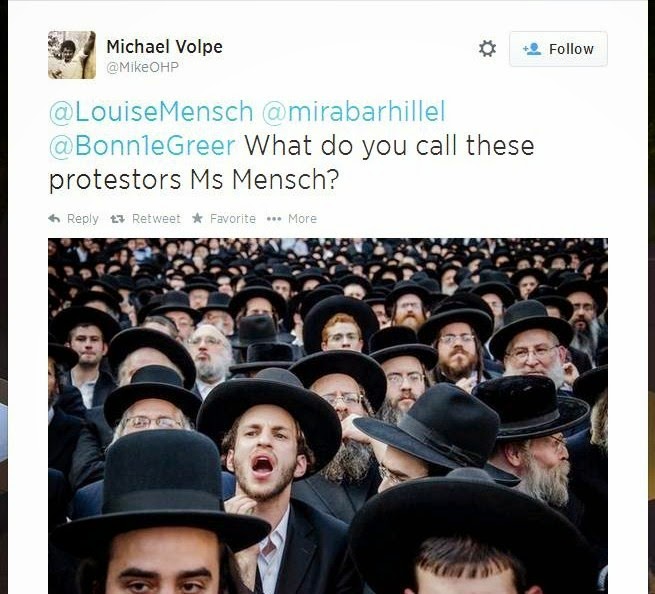 It’s sad that these tactics are being deployed to try and silence someone merely because they seek to question received wisdom and register their dissent at what is happening in Gaza. As Michael Volpe tried to point out to Ms Mensch when he asked her “What do you call these protestors?” the adverse reaction extends to observant Jews. The photo he references was taken in New York City. 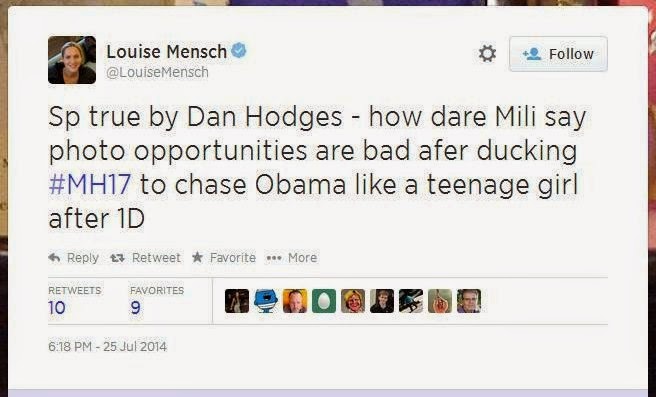 Yes, thousands of Jews registered their disquiet at Israeli actions in the city where Louise Mensch lives, and she somehow missed it. But she didn’t miss sneering at Ed Miliband, who is held in the retelling to have somehow neglected the victims of flight MH17 when he visited Washington, DC, to meet Barack Obama. I’m sure her whingeing at the Labour leader doesn’t tip over into anti-Semitism, though.

Louise Mensch tried to get clever with Mira Bar-Hillel. And she lost. End of story.
Posted by Tim Fenton at 14:40

Not been invited into the Hudson Union Society then Tim?

"The Hudson Union is an extraordinary special place, that allows a who's who to intimately interact with one another. It is truly a one of a kind place that provides leaders and the public incredible access."
- General Michael Hayden, former Director of the CIA & NSA"

Wonder if the President Emerita gets her dodgy tip offs from that organisation?