He enacted sting after sting for the now defunct Screws: Mazher Mahmood, aka The Fake Sheikh, was a legend among those who scrabble around the dunghill that is Grubstreet. Many convictions have depended wholly on his evidence, and his activities. And yesterday he was exposed as a liar. Thus the idea that bad press behaviour ended when the Screws was shut down was exposed as a sham. 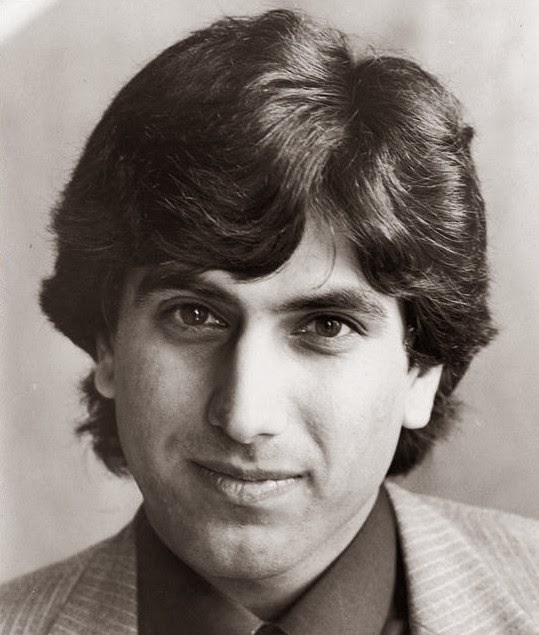 Mahmood has, in the past, gone to great lengths to conceal his identity; he claims that, as an undercover reporter, publishing photos of him would be detrimental to his work. Well, given he’s not only a lying sleazebag, but a proven lying sleazebag, here on Zelo Street we say Stuff That For A Game Of Soldiers. So here is Mazher Mahmood, in all his less than total glory.

Mahmood’s run of good fortune came juddering to a halt yesterday at Southwark Crown Court as the trial on drugs charges of singer Tulisa Contostavlos collapsed. The judge concluded that Mahmood “told me lies when he gave evidence to me on the 27th of June ... there are strong grounds for believing that the underlying purpose of these lies was to conceal the fact that he had been manipulating the evidence”.

As Mahmood was “the sole progenitor of this case; the sole investigator; the sole prosecution witness; someone who appears to have gone to great lengths to get Ms Contostavlos to agree to involve herself in criminal conduct, certainly to far greater lengths than would have been appropriate had he been a Police investigator”, there could be no other outcome to the case.

But what was most worrying was that the Murdoch press – supposedly cleaned up after the demise of the Screws – was still prepared to indulge Mahmood. The Screws had paid a witness in the alleged Victoria Beckham kidnap trial; the trial subsequently collapsed. The payment was considered to be a factor. Mahmood and his paper had their arses wiped by the supine PCC.

That wasn’t an isolated incident: Roy Greenslade told yesterday that he had been prepared to be a witness on behalf of Ms Contostavlos: “I had prepared a statement in which I outlined the reason he departed from the Sunday Times in 1988 after lying about changes he made to editorial copy”. It got worse.

“I revealed the details of that incident to the Leveson inquiry. It led to Mahmood being recalled because he had previously lied about it in his evidence to Lord Justice Leveson”. Mazher Mahmood worked for decades in the service of the Murdoch empire. He appears to have been prepared to lie in order to progress stories. Many of his stings resulted in criminal convictions. Some may have to be revisited.

Ms Contostavlos is urging Police action against Mahmood. And once again the whole sordid business comes back to one man: that man is Rupert Murdoch.
Posted by Tim Fenton at 10:49

"Ms Contostavlos is urging Police action against Mahmood. And once again the whole sordid business comes back to one man: that man is Rupert Murdoch."

Not suggesting that the police are awaiting advice from that great man before taking any action I would hope?

As a guide to identification for unwary z-list celebs, the more recently taken photo of the fake sheikh you had up earlier today would be more helpful. Why the change?

Sometimes photos cannot be used, for a variety of reasons.

I imagine John Alford would now like a word http://en.wikipedia.org/wiki/John_Alford_%28actor%29