The outpourings of MEP and occasional Tory Dan, Dan The Oratory Man have, over the years, given great pleasure to Zelo Street readers, if only because of the ease with which Hannan’s flagrant dishonesty can be exposed. Today he brings them yet more pleasure with a paean to his beloved Flat Tax, as I’ve already done the research and can therefore debunk his rubbish that much more easily. 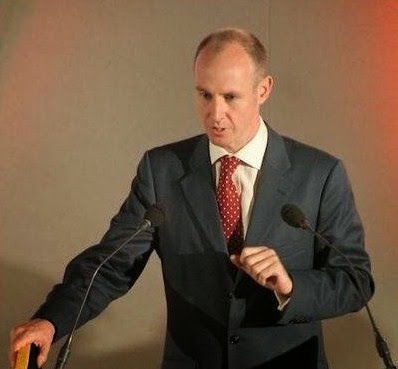 “Lower, flatter, simpler taxes will help everyone – especially the poor” tells Dan, an assertion which, as I’ll show, is highly contentious at best and dishonest at worst. “A flat tax will, in a short time, make middle- and low-earners considerably better off as the rich pay more and the tax burden on the rest of us falls commensurately” he assures his readers. So what’s the real story here?

Happily for all concerned, the so-called Taxpayers’ Alliance (TPA) proposed such a tax – they called it the “Single Income Tax”, as part of their pretentiously titled 2020 Tax Commission study. This was duly analysed on Zelo Street (HERE, HERE, HERE and HERE). The TPA also helpfully revealed what size the public sector would have to be as a result of their proposals.

As I noted at the time, “It is claimed that all earners will benefit from the proposals, but pensioners, who are not at present subject to National Insurance contributions – having paid in for their state pension by the time they reach age 65 – would find their tax bill increased significantly. But they wouldn’t have to pay Air Passenger Duty (APD), which the Commission would very generously abolish”.

So pensioners would have to take a hit – something Hannan has, for some reason, failed to mention. What he has also failed to mention is that the public sector would have to be scaled back in size: the TPA estimated that this allegedly “optimum” size of the state would take, at most, 35% of GDP. That is the kind of level last seen in 1939, and one significant part of the public sector was not present then.

What would be missing from this dramatically slimmer public sector can be summed up in three letters: NHS. Coincidentally, Hannan has been more than ready to prostrate himself before professional loudmouth Sean Hannity on Fox News Channel (fair and balanced my arse) to tell whoppers about the NHS and generally bad-mouth it. And no NHS means one thing for poorer peoples’ tax cuts.

Most, if not all, of those cuts that Hannan uses to tempt poorer people to support his Big Shiny New Idea would be swallowed up in health insurance premia. And, as Richard Murphy has shown on his Tax Research blog, flat tax means the better off don’t pay more – they pay a lot less. Flat taxes are promoted by the rich and their useful idiots. Which category Hannan falls in I will leave for others to decide.

But I can make a call on his proposal: yet more snake oil. No change there, then.
Posted by Tim Fenton at 17:26

Oh bugger! I thought a flat tax meant something like a bedroom tax i.e. a tax on MPs second homes in London where they kept their "other sleeping" partners.

Oh! But that would be a bedroom tax too?

But now I come to think of it that is probably not what he is proposing?

You could make a flat tax more progressive that the current system.
Say make the nil rate band £25,000 (approx median income) and have a flat rate of 50% on everything above that. Or nil rate band of £30k and 55% above that.

I don't know how much that would raise, or what affect it would have on incentives. But I'd like to know of any of the flat raters are advocating something like that. Then we'd know if they like simplicity, or just low tax.

Flat rate fans never do the maths and tell us those details. Its too unpalatable to do so as the figures won't look very good.