Geoffrey Dickens is dead. This fact may have been instrumental in saving a former Home Secretary, and his department – if not others – from serious damage over claims of paedophile activity around the Westminster village many years ago. Dickens instigated an investigation of the claims, but without knowing what he told the Government of the day, the trail may have gone cold. 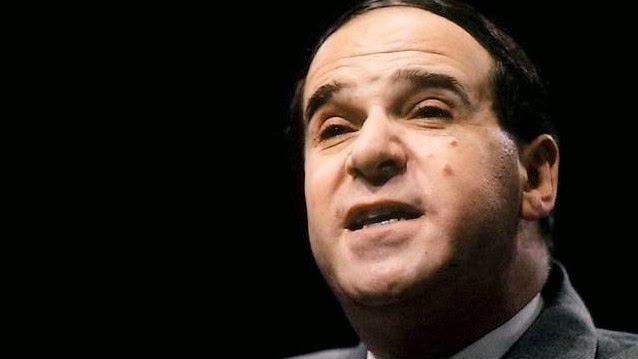 That Home Secretary was Leon Brittan, often referred to by Private Eye as “Sir Slimy Brittoil”, who last year did not recall Dickens visiting him. However, and in this case there just has to be a significantly sized however, his memory has become miraculously restored in the intervening year, and now he remembers the meeting. The downside is that he has passed the buck.

Brittan gave the dossier he had received from Dickens to his staff so that they could investigate further. They might, he recalled, have wished to make enquiries with other departments. That may sound awfully promising, but for one inconvenient thing: the trail then went cold. The impression is given that the dossier was either mislaid, or, as Joe Orton might have put it, was caused to be mislaid.

So we know Dickens presented his dossier, and Brittan passed it to his department. How about the rozzers? This thought had previously occurred to Michael Prince, who made a Freedom of Information (FoI) request to the Metropolitan Police asking whether they had been passed anything on the Paedophile Information Exchange (PIE) or regarding the former Elm Guest House.

Prince’s request was refused. “You have asked if the MPS has received files which relate to historic child abuse from a third party regarding groups/individuals named in your request. The MPS can neither confirm nor deny that it holds any information relating to this request by virtue of the following exemptions”. Four exemptions are then listed. So the cops won’t say one way or the other.

The Met continues “By confirming or denying whether individuals and groups are of interest to the police would hinder the prevention or detection of crime. The MPS would not wish to reveal who, what and when intelligence about a particular individual or group is recorded as this would clearly undermine the law enforcement and investigative process”. And so back we go to Square One.

So where was the press? Kicking the Labour Party. Couldn’t make it up, and all that.

[UPDATE 3 July 0935 hours: for those who believe that someone is trying to get payback for the assaults on senior Labour Party figures - at least one of whom has stopped by and commented on this post - one look at today's Daily Mail should prove instructive. The front page headline - "Mystery of missing dossier on VIP child abusers" - shows that the paper is taking this matter seriously. 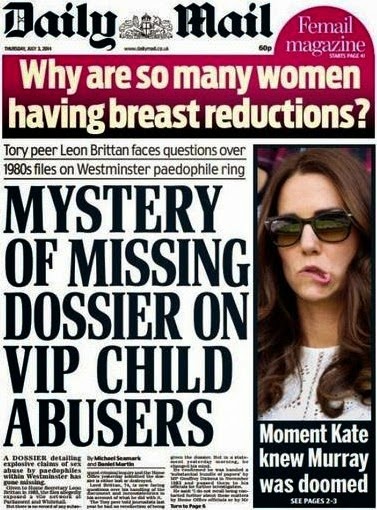 And it's good to see the Mail is so in tune with Zelo Street that its article is headlined with the exact same four words used for the title of this post. But the conclusion is much as I already found: the dossier has somehow disappeared. The only difference in the Mail account is that they reckon the Police definitely do not have it, whatever their public stance.

"Sources close to the police who have recently investigated associated allegations say that it seems to have subsequently ‘disappeared’. The Home Office confirmed that it had not been ‘retained’. A duplicate dossier held by the Dickens family was destroyed by his late widow because she thought it ‘toxic’" tells the article.

So no, it isn't some kind of left-wing payback. There is genuine concern here, and it looks like, as with so much from the 70s and 80s, the evidence has vanished, to the relief and no doubt convenience of those concerned]
Posted by Tim Fenton at 17:26

The era of lack of accountability through plausible deniability continues apace.

I'm not surprised Brittan didn't spring into action when Dickens struggled into his office with a great bundle of papers. The man was widely regarded as an idiot. He subsequently became an enthusiastic promoter of the Satanic abuse scare.

Sorry Tim, I normally enjoy your stuff but this isn't worthy of you. It looks like party political payback for the Mail's attempts to smear Harriet Harman and Patricia Hewitt.
"Old man can't remember something that happened thirty years ago" isn't much of a story.

I'm bound to say that I agree with Anonymous. I can remember Geoffrey Dickens as a complete clown of standard right wing opinions and indeed obsessions.

"Old man can't remember something that happened thirty years ago"

Except according to the man he can remember the meeting, to quite fine details.

He then remembers nothing after that.

I can't remember every meeting I have had in the last 12 months and my diary isn't quite as full as the Home Secretary.

So he is done well to remember a fleeting visit over 30 years ago at which he was handed a document.

If he remembers this in detail the document must have been of great significance.

It then flows if it was of such significance why can't he remember what happened afterwards?

Suspect that the reason for the "lost" files is because all the major parties have something to lose by revelations contained within.

Lost files lost memories - easy to have when trying to avoid lost deposits and reputations?

What people forget is that Dickens came out with sensational allegations about abuse on an almost weekly basis. A few had merit like the incrimination of Hayman over PIE (it shows how ineffective the government's powers of cover-up were if even the bungling Dickens could rapidly crack that secret). Most were fatuous - he seems to have got terribly exercised over the idea there were homosexuals working at Buckingham Palace. I suspect the embarrassing secret Brittan's trying to conceal is that, having fished a few credible morsels out, he sent the rest binward.

He must have forgotten all the rapes too?