The loathsome Toby Young has a new bee in his bonnet: plagiarism. And not just any old plagiarism, but the kind practiced by one of those rotten lefty teachers who have been cheering to the rafters after Young Dave dispensed with the services of Michael “Oiky” Gove at the DfE, leaving a disconsolate Tobes to blubber into his reassuringly upmarket Waitrose muesli. 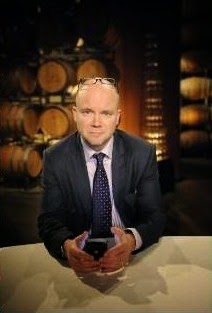 Tobes remains stuck in the Weinbunker

Rachel Tomlinson, head teacher at Barrowford primary school – that’s near the Lancashire town of Nelson – had sent a letter to pupils along with their Key Stage 2 (KS2) test results. The letter “told them the tests do not always assess what makes them ‘special and unique’”. Ms Tomlinson, however, “denied the letter was telling pupils that test scores did not matter”.

She explained “We never give pupils the message that academic attainment isn't important - what we do is celebrate that we send really independent, confident, articulate learners on to the next stage of their school career”. And she made no secret of her having modelled the letter on one available from the web: the original featured in a blog from the USA.

So far, so uplifting, but for Tobes, this is clear evidence of how our education system has gone to the dogs: “Nicky Morgan should read this. It will give her a good idea of just how much more work there is to do when it comes to improving England's state schools”. Barrowford primary was rated “good” at its last Ofsted inspection – the same rating achieved by Tobes’ West London Free School (WLFS).

He therefore has little room to talk, but he’s going to anyway: “Yes, Nicky Morgan, you should read this letter – and then encourage the local education authority in Lancashire to sack Ms Tomlinson. She doesn't have any confidence in externally-moderated Key Stage 2 tests. She thinks if children don't do well in them it's their fault, not hers. She's encouraging practices at her school that will entrench inequality. And she's a plagiarist”.

Quite apart from the characteristically mean-spirited tone, Tobes has clearly not bothered to do the most basic research before shooting his mouth off – no change there, then – and, although he isn’t going to tell you this, plagiarism is one area where he has no room to talk.

Tobes’ memoir of his time at Vanity Fair in New York, How To Lose Friends And Alienate People, stood accused of plagiarising an article for the New York Times by John Tierney. Graydon Carter, who both hired and fired Tobes, asserted thus. His excuse? That British journalists and authors were “a little less precious about this kind of thing”. So Toby Young says plagiarism is OK. Then he doesn’t.

Toby Young is an ocean-going, unprincipled hypocrite, and shameless with it.
Posted by Tim Fenton at 10:22