Gaza Shelling Has To Stop

Apart from noting the distinctly OTT behaviour of some pundits, and the questionable behaviour of others, Zelo Street had not thus far ventured into the unrest in Gaza. My mind was forcibly changed earlier this afternoon when a UN school being used as a shelter by hundreds of already displaced Palestinians was shelled, with the deaths of at least fifteen people. 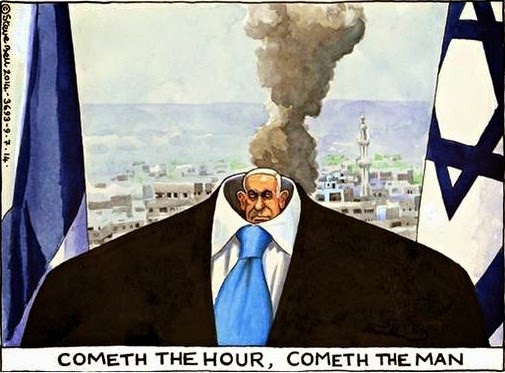 As I have told on more than one previous occasion, I’ve visited Israel twice – and, on both occasions, flown El Al, three hour check-ins, double security grilling, check-in areas with armed guards, and all the rest. Even the Cypriots were unhappy at letting me in after that. And it’s a measure of the state of discourse regarding anything Israel-related that I have to keep re-stating that.

I have no problem with Israel’s right to exist, and in a state of peace. However, and here there is a significantly sized however, I also have no problem with the Palestinians having a right to also exist in a state of peace. Both these objectives need not be incompatible with one another. And save me anything even going near the puerile “they threw something first”. I don’t want to know.

Gaza is home to approximately 1.8 million inhabitants. Right now, none of them can leave the area. So if they are fleeing from military action, their scope for travel is limited to other parts of Gaza. And the Gaza strip has that name for a reason: it may be 41km (25.5 miles) long, but at its narrowest point is less than 6km (well under 4 miles) wide. Not much room for anyone to get away from the shelling.

More than 700 Palestinians have died in the recent unrest, of whom it is estimated that at least 77% are civilians – well over 500 people. The idea that high-explosive munitions can be loosed off in such a crowded area without what dispassionate military observers call collateral damage is ridiculous. And no-one should be impressed with the antics of the Israeli Prime Minister.

Yes, hello Bibi, I do indeed mean you. Just pack in trotting out the “It’s Hamas’ fault” when more Palestinians get killed. Whose weaponry is doing the killing? Who’s giving the orders? Who pulls the trigger, presses the firing button? That would be your commanders, and your military. You don’t pretend that anyone attacks a steel toecap with their groin. So don’t blame your decisions on your targets.

It takes very little effort to stop the killing. You just stop firing and withdraw from Gaza. So some rockets might be loosed off? They’ll stop. And in any case, you’ve got that Iron Dome gizmo to shoot them down. Nobody disputes Israel’s right to self defence. But this is beyond ridiculous. Start behaving like grownups – and that means treating those in Gaza as you would expect to be treated yourselves.

Israel is making its friends ashamed to stand alongside it. Yes, it’s that bad.
Posted by Tim Fenton at 17:29

It doesn't help that the UN is so utterly sodding useless. Israel can shell UN facilities (the same thing happened last time things kicked off) and the UN will issue statements of annoyance but the veto system in Council means that no firm action will ever be taken because the Yanks will stop it. Just like the Russians stopped action in Syria. The vetos have to go.


And on the more usual subject of journalism, Israel is also accused of deliberately shooting at staff in the Al Jazeera office in Gaza. Oh no, we wouldn't do that say the IDF, a claim undermined by their foreign minister saying he was actively working to shut AJ down! This is also not a first, remember when they tried to kill the BBCs Jeremy Bowen in Lebanon.

I think this latest onslaught is a serious long-term miscalculation. Even staunch Israel-supporters are saying 'hang on a minute' this time around in a way that's never happened before. The IDF are also obviously losing the propaganda war in a way they're apparently totally unprepared for.

This is a hilariously juvenile view of geopolitics.

Your argument that it doesn't matter who shot first and that most of the rockets fired at Israel are shot down (at great cost to their economy btw - Iron Dome ain't cheap) therefore Israel shouldn't have tried to stop it is beyond any form of logic I've ever heard of.

Furthermore the possibility of civilian casualties - no matter how small they are compared to the scale of the military operation involved - is enough for you to be against doing anything to protect the integrity of a state militarily!

Let us look at a recent historical example:

For example - Germany invades Poland in 1939 (they shot first) and in 1944 the Allies invaded Normandy to liberate Europe. In the battles around Caen in Normandy carpet bombing was used to dislodge German troops from dug in urban positions. Between twenty and fifty THOUSAND civilian deaths were caused to the Allies OWN PEOPLE - the French- when pushing the Germans back.

The logic you are using on Israel means that because of civilian casualties no one should do anything ever about any aggression to their state.

The French, when invaded by Germany declared Paris a free city to avoid urban combat. Hamas could easily have met the Isreali army on their frontier. If they want a fight why didn't they?

Read a book! Stop looking at the world through your super safe luxurious existence tinted glasses and wake up. Bizarre.

Comments are on occasion allowed, even when the commenter has ventured beyond Barking en route to Upminster.