Another day brings another attempt by the obedient hackery of the legendarily foul mouthed Paul Dacre to put the boot in on the hated BBC, and today’s specialist subject is Regional Weather Forecasts. “Why does the BBC waste your money on so many weather forecasters? One forecast last week - and a dozen different faces across the country” is the headline on Ross Clark’s rant. 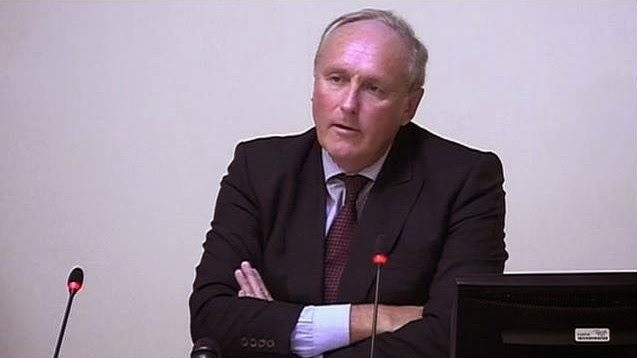 What's f***ing wrong with my journalists' research, c***?!? Er, with the greatest of respect, Mr Jay

Er, hello, this is rather obvious, isn’t it? The regional forecast gives the kind of local detail that the national picture cannot do, for reasons of both time and relevance. But on ploughs Clark: “At a time of austerity, when the Culture Secretary has indicated he is prepared to be radical in reconsidering BBC funding, claiming many families find the annual £145.50 licence fee ‘a lot of money’, how much do all these weathermen — and women — cost?” he demands.

And, guess what, the Beeb won’t tell him: “Strangely, I have discovered this is confidential information. The number of weather forecasters and presenters employed by the BBC is, apparently, a secret ... The Beeb simply refused to tell me how many regional forecasters it employs”.

That, Dacre doggies, may be not unrelated to many of them performing other duties apart from weather forecasts: here in the North West, it is not uncommon to see Dianne Oxberry and Eno Eruotor on reporting duties. And talking of our resident evening forecasters, which one has the Mail featured? Ah well. This is where the Dacre doggies sell the pass big time. 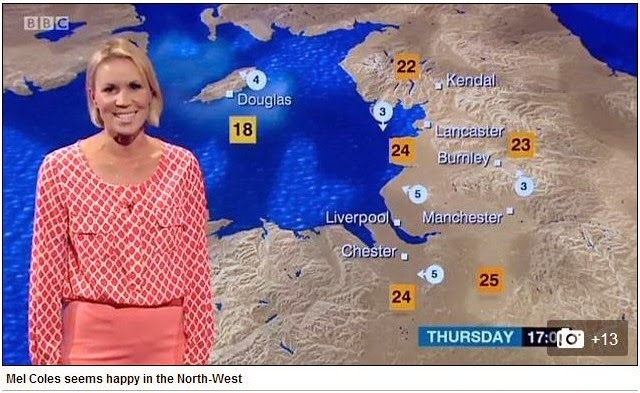 So that's Mel Coles, is it?

Clark’s article has a photo for every regional presenter (what a busy life these Daily Mail hacks lead, eh?). And here’s the North West one, captioned “Mel Coles seems happy in the North-West”. Riiight. We have a problem, Northcliffe House bunker: that is not Mel Coles. And Mel Coles is not at BBC North West. Just so you can see that it is not Mel Coles, here she is. 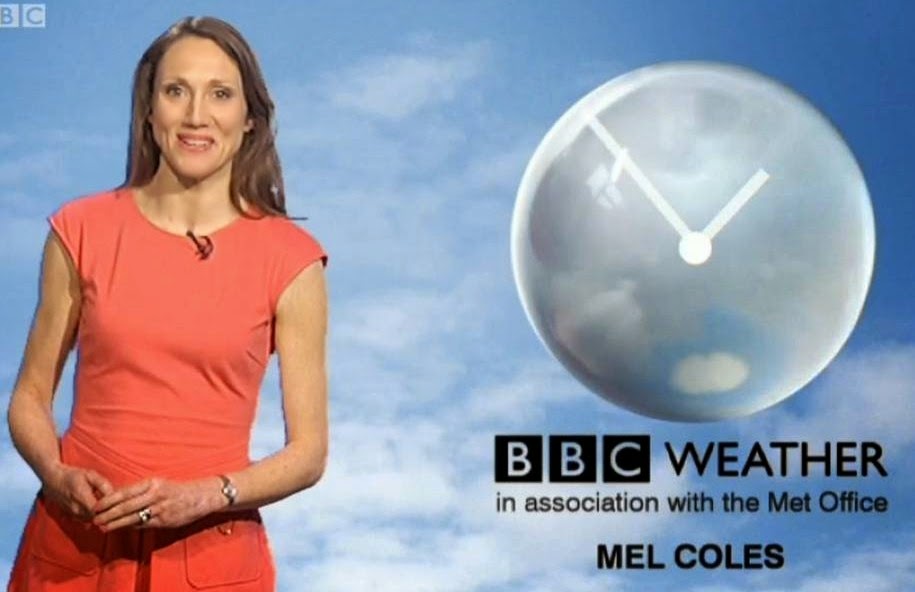 The photo is regular BBC North West weather presenter Dianne Oxberry, who will be spending most of today getting teed off by fellow staff members calling her Mel. But, you may point out, Mel Coles does occasionally pop up on North West weather forecasts – so how can that happen if she doesn’t work there? Simples. The BBC has been making cuts in the number of weather forecasters it employs.

Those cuts mean presenters from BBC East Midlands also record a North West forecast as well as one for their home region – especially at weekends. Yes, the cuts the Dacre doggies want to see happen have, er, already happened. And the effect of those cuts has been most keenly felt at the Daily Mail, where it has caused Ross Clark to get his regional forecasters confused.

You want proper journalism? You won’t get it from the Daily Mail, that’s for sure.
Posted by Tim Fenton at 13:17

We have 4 presenters. First Local TV weather is at just before 7am, last is after 10.30pm. Occasionally there is a recorded version by a non local presenter. I suspect doing it on a fewer number is impossible.

Mail,obviously don't realise they also do live weather on local radio. This to me is more important than the brief TV stuff, especially over winter.

I imagine that were the BBC to just have one weather forecast, the Mail would be the first to complain - not enough information for local people, what good us this to some poor old dear etc. Face it, whatever the situation, the Mail will find a way to attack the Beeb.

To be fair to John Humphreys, he did say the one liner weather report at 7.30 am before the news in brief recap was a waste of time. Which it is being of no use to anyone (except when scorchio! of course).

If the Daily Mail really wanted to prove that regional weather can be done for less money, they should have had a look at ITV.

One presenter will regularly record a day's worth of bulletins (mid-morning, lunch, late afternoon, programme, late and the next day's breakfast) for at least three different regions.

Also, not unusual for regions' weather to be done by the national team in London.

So it is *possible* to do it with fewer people...