This week, after serving just 37 days behind bars for his part in all that phone hacking – these cushy sentences, eh? – Neville “stylish masturbator” Thurlbeck left the alleged hell that is Belmarsh Prison, where he had been sharing a cell with Andy Coulson. This former stalwart of the Screws wasted no time in doing what his former paper did so well for so many years: lying blatantly and badly. 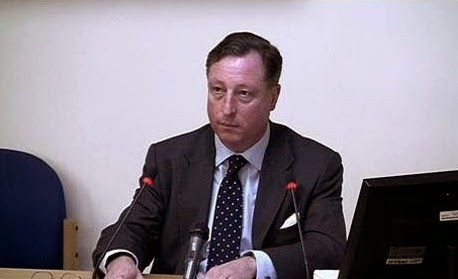 Neville Thurlbeck, with both hands in view

Nev’s suitable subject for distortion is the system of independent press regulation recommended by the Leveson report, which he filters through his own warped prism of victimhood. This would have meant the press could not have named Rolf Harris, he asserts, to which I call bullshit. The suggestion from Leveson was not to name those arrested until they were charged.

Harris was charged, and then more victims came forward. The Leveson proposals would have made no difference. Nor does Thurlbeck’s claim about Harris’ lawyers citing Leveson hold any water: Mark Williams-Thomas named Harris late in 2012 and he didn’t get so much as a warning. As I pointed out at the time, it was in the press’ interest to go along with the charade in order to play the victim later.

Another reason for press silence was that they didn’t want to jump the gun and go monstering an 80 year old and his family, only to find he didn’t do it, which would have shown to the public that the press had learned nothing, even from Leveson. Their actions were wholly self-serving. Leveson’s report has no status in law. Any threat citing it should be countered by reference to Arkell v Pressdram.

So when Nev says “Justice was served, in part, by flouting Leveson”, there was no Leveson to flout. No matter: with his trousers now well and truly ablaze, Thurlbeck moves on to talk of “the threat of outside regulation ... external press regulation” and so lies badly once more. Leveson’s recommendations are for self-regulation (so not “outside” or “external”), but independent of press’ or politicians’ interference.

But the real biscuit-taking is left until the very end, where Nev asserts proudly that “The British press belongs to you. It’s yours. You cherish it because you know it speaks its mind”. I cannot speak for anyone else, but I don’t cherish the packs of lies, the campaigns of vilification, the hatchet jobs, the doorstepping, the snooping, the blagging, hacking, bribing and corruption. I doubt anyone else does, either.

Neville Thurlbeck has produced a splendid apologia for the basest elements of his profession. His problem in promoting it is that he’s just done a stretch, his former editor is still doing one, and there are more trials to come. On top of that, more than one tabloid title has just blatantly breached the guidelines for reporting suspected suicides with their Robin Williams coverage.

Nobody should trust this Grade A tosser any further than they could chuck him.
Posted by Tim Fenton at 13:32

"I cannot speak for anyone else, but I don’t cherish the packs of lies, the campaigns of vilification, the hatchet jobs, the doorstepping, the snooping, the blagging, hacking, bribing and corruption. I doubt anyone else does, either."

I've heard that some of the tabloids crosswords are useful for filling in some time. As opposed to Neville's cross words after doing some time.

"The British press belongs to you."

Actually, as my name is not Murdoch, Rothermere, Barclay or even Lebedev ... no. In the only real sense, it doesn't.