Toby Young – It’s Not All Balls

After I revealed last week that the loathsome Toby Young was no longer listed as a governor of the West London Free School (WLFS), which he helped found, the Guardian’s Polly Curtis asked if this was indeed the case. Tobes replied to her “It’s complete balls” and his Telegraph colleague Matthew Holehouse asserted “that blog routinely just makes stuff up. It’s very weird”. 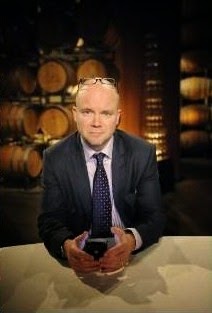 Tobes clinging on in the Weinbunker

But it seems that, following a decision by the Evening Standard to question Tobes a little more closely about events at the WLFS, the thrust of what I posted was right. Although Londoner’s Diary gave Tobes the opportunity to pour cold water on the idea that he was no longer a governor by insisting it was a mere change of title, that will not cause the questions to go away.

If some of those formerly called governors have just been given a new title of “director”, and there is nothing more to it, why was no announcement made? And if, as Tobes appears to be claiming, he ceased to be a governor at the start of 2014, why did his school’s website say he was as late as last May? And doesn’t the title “Governor” have special significance here? 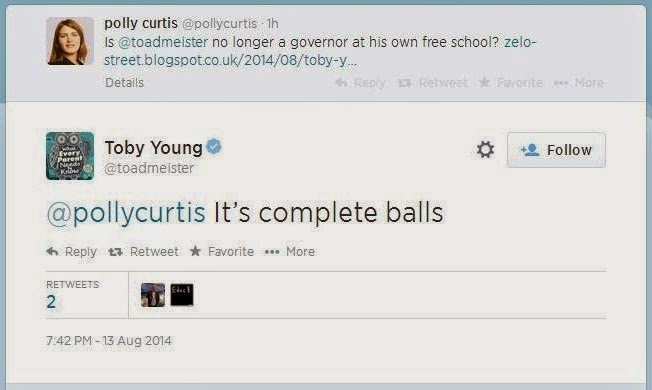 The second part of what I posted on last week, that new WLFS head teacher Hywel Jones was carrying out a “rebalancing” of the school, has been made the subject of a more substantial Standard article by Anna Davis. Here she reveals “Toby Young, who set up the school, admitted today that its focus on extra-curricular activities had been ‘too ambitious’”. So why do it in the first place?

Tobes’ longer excuse for this is a belter: “I think the secondary school was trying to do a little bit too much in replicating the kind of extra-curricular programme you would find in good independent boarding schools, and at the same time hoping to get outstanding academic results. That’s a little bit too ambitious”. Why try and use a boarding school model for a day school in West London? 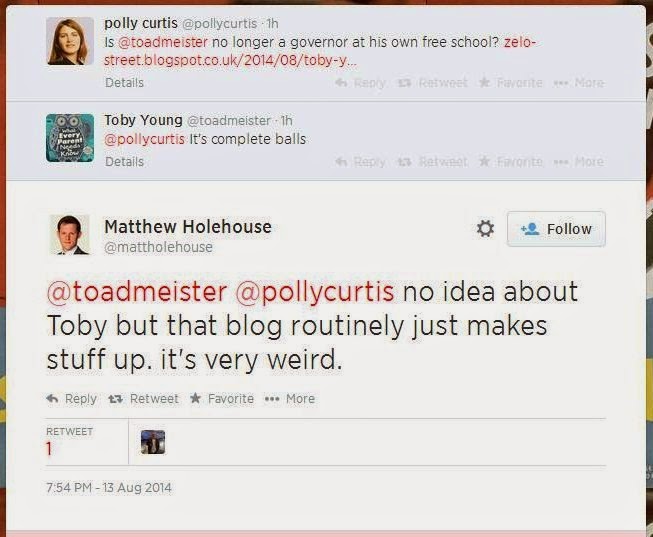 But at least there was reassurance for parents: “Mr Young insisted that the school was on track to do better than average in its first GCSE results, which will be taken by pupils in 2016”. Well, at least there will be a good chance of that happening now that the new head has canned all the term time pissing around on trips abroad. Now the Standard needs to ask about all those buildings.

Where will all the pupils be housed next month, given the temporary building planning permission request for Palingswick House was pulled recently? And what is going on with the asbestos removal at that site? And how much more is this going to cost? Tobes might not like all this attention, but he and his fellow directors are spending our money. So we’re entitled to ask.

It wasn’t “complete balls”, was it? Hopefully the Standard will remain on Tobes’ case.
Posted by Tim Fenton at 12:57

If you look here http://www.westlondonfreeschool.co.uk/school-policies.html you can find (bottom of the page) a link to the WLFS's "Whistelblowing [sic] Policy". That document says that Toby Young is the "Responsible Director" and it was Ratified by the "Board" (of governors? directors?) on 24 May 2014.

So even if there was a change of title from Governor to Director, he was apparently a Director in May 2014, and he apparently isn't now.