Russell Brand And A Masseuse

Picture the scene: a woman contacts a masseuse to visit her house to give her partner a massage as a birthday present. The visit ends in some kind of disagreement, but the masseuse is paid and the woman who contacted her apologises for any misunderstanding. However you slice this story, there is nothing of any news value, or indeed any value. 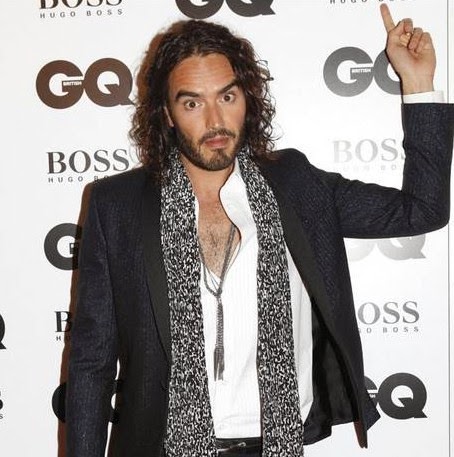 Russell Brand at Those Awards

Ah, but when you tell that the woman was Jemima Khan, her partner Russell Brand, and that the masseuse, Szilvia Berki, later went to the Police and made a complaint of assault, then the Fourth Estate is suddenly entitled to wheel out the full range of prurience, prejudice and judgmental nudge-nudgery for which, to no surprise at all, they have no evidence – as usual.

What may have happened, and what is driving Ms Berki to act as she has, is not important, and so this blog will not be going there. The reasons for examining this case are one, the gratuitous sneering at Brand, and two, the pack mentality of the press, the latter exemplified by the Mail: “The original story has been widely reported in the Daily Telegraph and re-published on media websites”

Yeah, see, everyone else is doing it, and our website has to be the go-to place for clickbait, so we’re doing it too! This particularly lame excuse was also deployed by the Mirror (the Sunday People ran the print copy), the Independent (not that anyone at the Lebedev press is desperate, you understand), and the Telegraph, showing that Private Eye was right to call it The Daily Hellograph.

So why flog this not-really-a-story half to death? Ah well. The Daily Beast gives us one great big clue: Russell Brand has “previously called for a socialist revolution and the overthrow of the Capitalist system” and Ms Khan’s house in Oxfordshire is allegedly worth £15 million, a sum which is faithfully repeated in every report. This must mean that they’re just hypocrites.

Then we’re told that she is a “socialite”, which means she doesn’t have to go out to work, so readers have to get jealous. On top of all that, Brand was, along with Jonathan Ross, involved in Sachsgate, which not only confirms that he is a bad lad and therefore a legitimate target, but also that the press – the Mail in this case – helped bring him down. So the press is still powerful, readers.

Add in that Hugh Grant once dated Ms Khan, and his being a bogeyman for much of the Fourth Estate brings an imperative to the story. How he hasn’t been mentioned thus far is a mystery: perhaps his name is being saved for any later developments. But what this affair is not about is that a couple had a dispute with a masseuse. It’s an excuse for sleb knocking copy, with Ms Berki the unfortunate collateral damage.

And it’s cheap to churn out this faux outrage. So it will keep being churned out.
Posted by Tim Fenton at 10:24