Christianity Still Not Under Attack

One golden rule for pundits trying to push their own agenda is that, even though there may be selective quotation of facts in your article, and more than a dash of misinformation, you should never, but never, BUT NEVER start with a statement that is so obviously untrue that it alerts the readers to your intentions. This rule was broken in some style yesterday at the bear pit that is Telegraph blogs. 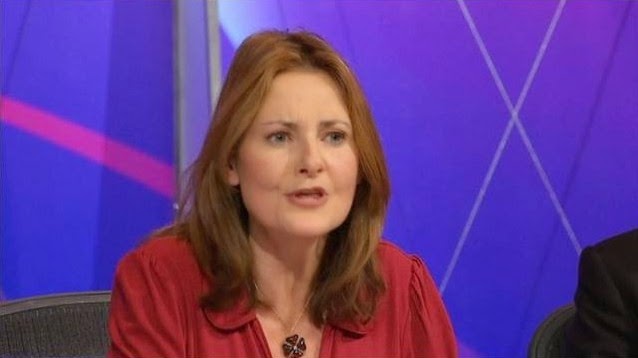 “We have the anti-Semites we deserve” claims Cristina Odone. Ah, so this is about anti-Semitism, then? Well, no it isn’t: Ms Odone may start there, but soon veers off into the familiar territory of “Christianity under attack”, which is understandable as she is a practising Christian. “Sainsbury’s throws out its kosher food, Muslim parents are accused of turning state schools into Madrasas” she declares.

Whoops! Sainsbury’s did not throw out its kosher food, and those Muslim parents were not accused of turning state schools into Madrasas. What’s more, neither of the links she includes supports that assertion. This is, at best, lazy journalism, and at worst flagrant dishonesty. So readers will be yet more alert when Ms Odone gets to her main event, pretending that Christians are being oppressed.

“The conscientious objector who cannot marry a gay couple because to do so would run counter to her religious beliefs will lose her job; the pharmacist who won’t sell the morning-after pill because he thinks abortion is a sin will lose his” she protests, although the registrar she cites was objecting to having to conduct Civil Partnerships, and resigned from her job, so that’s another misleading statement.

And at least one pharmacist, as Asda’s Stockport store, did not lose his job after refusing to sell the morning-after pill: his employers stood by him. “The state will not protect belief – and in some countries it will actively quash it: as the Observatory on Intolerance and Discrimination on Christians in Europe found two years ago, the EU has introduced more than 50 laws that discriminate against Christians” she says.

Sadly, the link does not stand up that assertion – it does not even mention it. And the assertions then become wilder: “In erasing God from public life they have laid the ground for ignorance and bigotry of another kind ... When religion, all religion, is seen as something sinister and anachronistic, its followers become easy scapegoats”. Some seriously false assumptions are being made here.

The EU, as it has required member states to adopt the European Convention on Human Rights (ECHR), has ensured that there is freedom of religion. All are free to practice their chosen religion, to follow their chosen faith. Perhaps Ms Odone is confusing this with the equal right of others not to have religion imposed upon them. Folks don’t want to hear excuses when they go into Asda to buy something.

Meanwhile, Christianity is still not under attack. May your own God go with you.
Posted by Tim Fenton at 12:56

Is she actually serious, she thinks a pharmacist should be able to refuse an already vulnerable woman the morning after pill just because of their faith?

Why stop there Christina:

Pharmacists could refuse to give out condoms before they're presented with a valid marriage license.

It almost goes without saying they should refuse to sell sweets to children born out of wedlock.

If a gay man came in to collect HIV medication, the pharmacist could happily refuse him treatment on the basis they disapprove of his lifestyle, and maybe give him a pamphlet about how much Jesus loves him instead (well about how much Jesus would love him if he gave up the gay stuff).

Will people with strong religious beliefs be given badges, so that you know you can't get your medication / treatment from them because it goes against their beliefs? Christina clearly wants people to be able to play God where they see fit, unless of course they don't fit into the mould of an honest god-fearing Christian, obviously they can be left to rot.