The obedient hackery of the legendarily foul mouthed Paul Dacre knows that, although Royalty is to be promoted at all times as A Very Good Thing, there is always the need to play both sides of the field in order for even the House of Windsor to fear the power of the press. Thus it was that Amanda Platell, Dacre’s Glenda Emeritus, penned her hatchet job on the Duke of Cambridge. 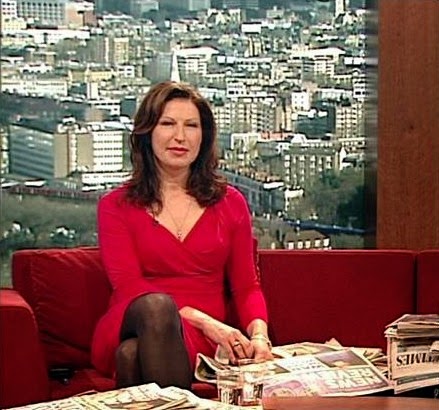 Wait, what? Prince William painted as one of the bad guys? Straight after the Mail glowingly reported “‘A job well done’: The Duke of Cambridge makes surprise appearance at Commonwealth Games wrap party to thank 1,500 workers who helped make Glasgow event the ‘best ever’”? The very same: the paper was, at the same time, fomenting accusations that he was “dithering” in his Royal duties.

“Prince William will next month begin training for a new job as an air ambulance pilot, Kensington Palace formally confirmed today. The future king will fly emergency helicopters for the East Anglian Air Ambulance for at least two years from next spring following a six month conversion course. In doing so he will be the first direct heir to the throne to become an ordinary PAYE company employee, it can be revealed”.

What’s so bad about that? He’s making a public service commitment – the kind that Royals do not, generally, make. He’ll get to interact with, and thus understand, ordinary people, learn their concerns, understand the country of which he will one day be the constitutional monarch. Ms Platell is having none of it: “Time this reluctant royal heir grew up”. Someone piss on your cornflakes, Mandy?

There’s more: “The nation has been very patient with William”. We don’t sodding care. But do go on. “We respected his request for privacy while at university, then in the military”. Aw diddums, the rotten Royals stopped you and your pals writing rubbishy stories about him! And get this: “who’s known to have inherited his father’s petulance”. Got missed off a Royal invite list, Ms Platell?

The tone does not rise above a moaning monotone: “We are told William ‘passionately believes this is a way of giving back to the country as he continues to support the Queen in her work’. Some support. He has carried out just 77 royal engagements in the past 12 months, compared to the Queen’s 300 and Prince Charles’s 537”. And how many should the Queen’s grandson be doing, then?

But don’t worry, she’s got a belter to finish: “The sad truth is that many are beginning to suspect William just does not have the duty gene — and that it may not be his great-grandfather George VI’s blood that pumps through his veins, but that of Edward VIII”. The then Prince of Wales – Charles’ contemporary – never took a full-time job. And he ultimately wanted to marry a twice-divorced woman.

Still, what are details when you’re putting the boot in? Mean spirited and nasty tat.
Posted by Tim Fenton at 17:25

"He has carried out just 77 royal engagements in the past 12 months, compared to the Queen’s 300 and Prince Charles’s 537”

While I can't get worked up about the Royals and what they do, I believe Royalty is an anachronism in the 21st century. But if those figures are accurate Charles is speading himself rather thinly isn't he? Basically just showing himself and a bit of gladhandling can't mean that much to Ms Platell surely?

Perhaps she is looking for quantity of interaction rather than quality? Well I suppose that would consistent with the Daily Mail output from what I hear?