Some media outlets tried a little too hard to exploit Robin Williams’ unexpected death, and two of those have come badly unstuck as a result. One – to no surprise at all – is the shower that is Mail Online, where a lame attempt has been made to kick the hated BBC, because their story on Williams’ death appeared on a “most popular” list next to one about the late Jimmy Savile. 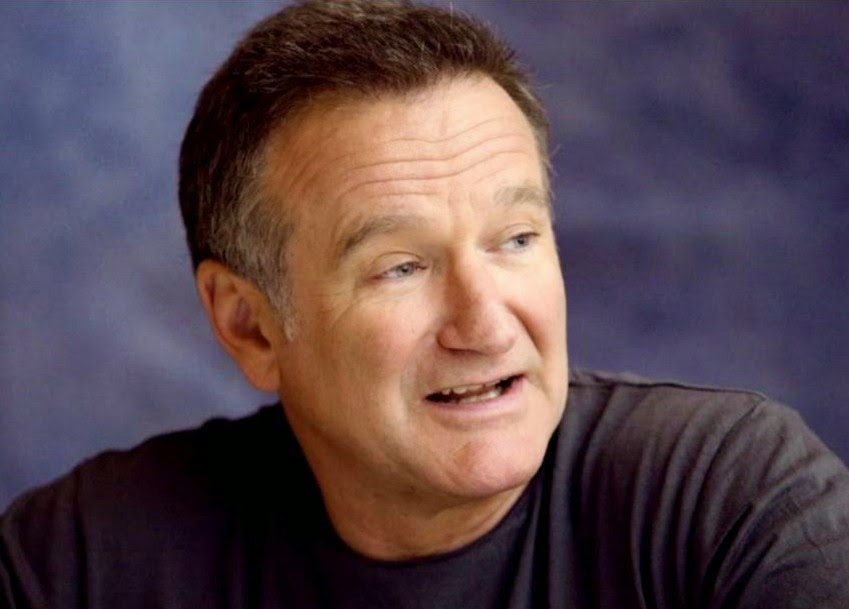 So the usual level of Northcliffe House desperation, then: the Mail found just one Tweet connecting the two. Rather more serious – and Mail Online was so keen to kick the Beeb that they missed it – was Sky News (“first for breaking wind”), where someone had dug out a film clip of Williams talking about suicide and unwisely included it in a news report. As of 1700 hours it is still there on YouTube. 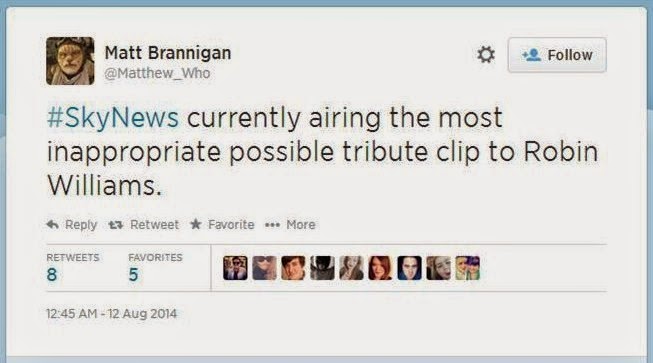 And, just to show the revulsion, Zelo Street has more than just the one Tweet. “Sky news showing a clip from a recent film where Robin Williams looks at [the] camera and talks about suicide. Poor Taste” was followed by “Sky News currently airing the most inappropriate tribute clip to Robin Williams”. There was more. Much more. 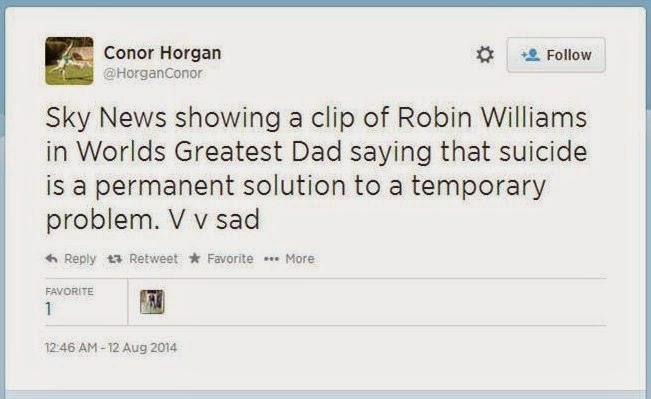 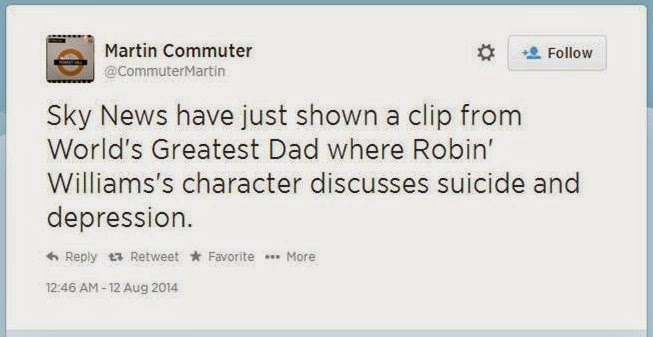 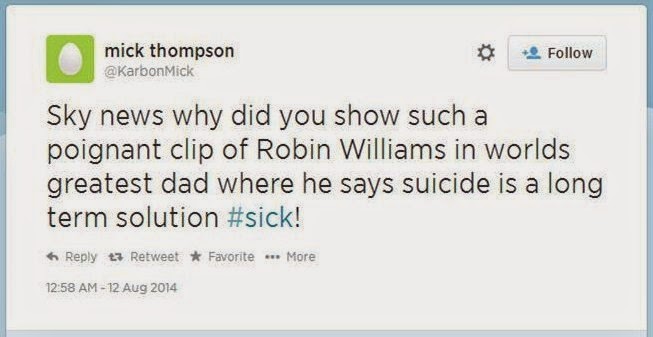 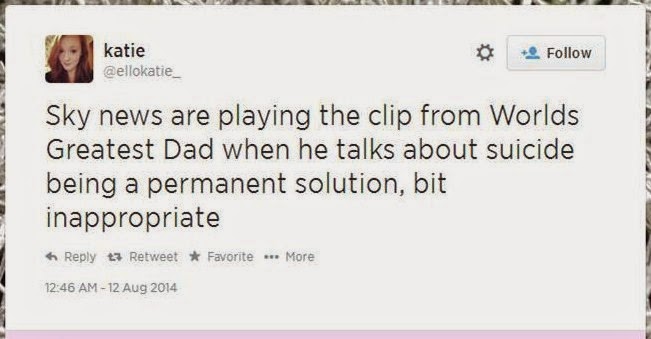 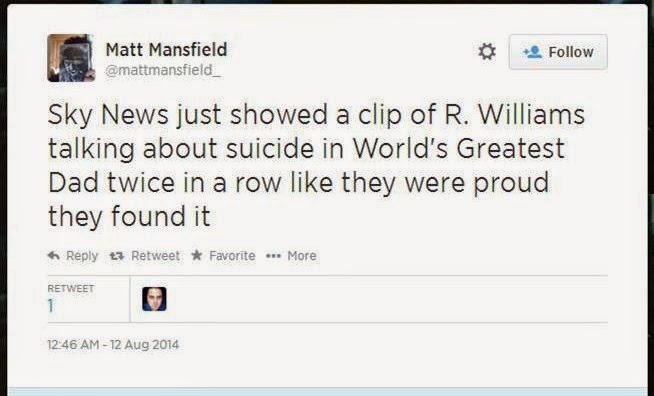 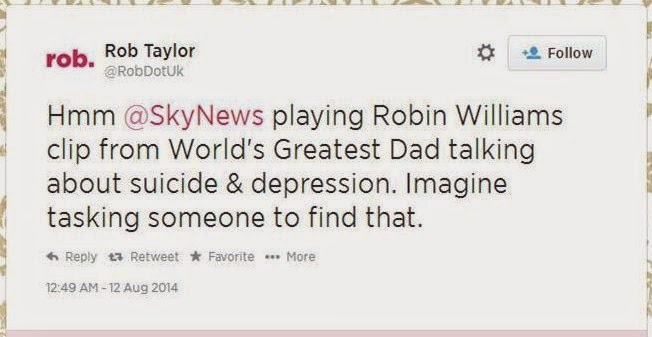 Sky News made a real and serious gaffe, unlike the Beeb, whose only mistake was to have Mail Online watching. But Sky got let off. Until now. Say sorry, Sky News.
Posted by Tim Fenton at 17:26

I don't normally find much to disagree with on your excellent blog, but I think that Sky News used the clip very well. They walked you through a summary of his career, coming to his current problems at the end of the report. The clip used is a heartfelt plea from the heart NOT to commit suicide.

I have suffered from depression and at its blackest you only want to escape the pain and suicide does seem like the answer as you can't see things ever getting better. But, as Robin states, suicide is something you can never come back from, but you WILL come through depression with the right help.

I can only speak for myself, but even when I was hurting the most the full quote used, "permanent solution to a temporary problem", would not have encouraged me to go through with it.