Viewers could have been forgiven wondering what had come over the team putting together the BBC’s main evening news programme yesterday: plain clothes Police obtaining a search warrant, and then visiting an apartment owned by a 73 year old man who is out of the country, over a single allegation made about something that may or may not have happened in 1985. Why lead with such a story? 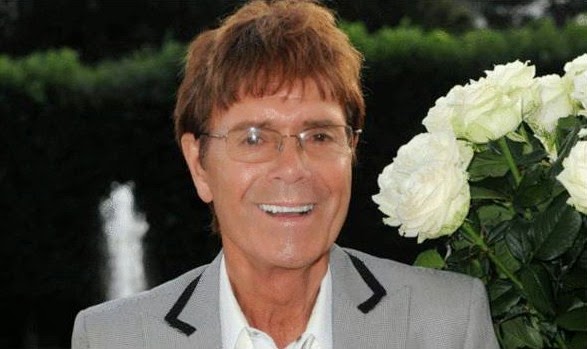 Cliff Richard. And his hair

Ah well. Because the 73 year old is Cliff Richard, who never married – cue much tabloid nudge-nudgery – and the allegation is of an assault on a young man under 16 years of age, given the current febrile climate of the assembled punditry, the Beeb had to broadcast something, because, with the certainty of night following day, it would be all over the papers the next morning. 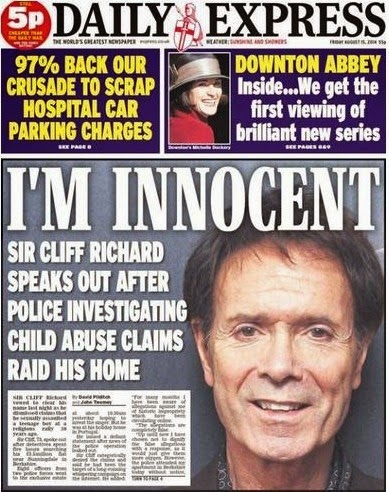 And so it came to pass: given the timing of the Police search, all those who scrabble around the dunghill that is Grubstreet had plenty of time to clear any previously scheduled front page splashes and get suitably shocked. “I’m innocent ... Sir Cliff Richard speaks out after Police investigating child abuse claims raid his home” shrieks the Express. Of course he’s sodding innocent. That’s how the law works. 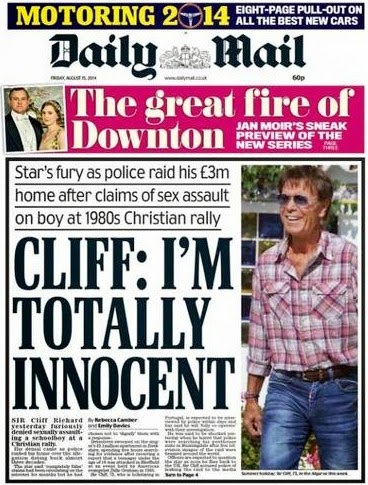 Nowt gets past Dirty Des’ finest, does it? But this is a mere warm-up act for the inducers of lace curtain twitching at the Mail, who tell “Star’s fury as Police raid his £3m home after claims of sex assault on boy at 1980s Christian rally ... Cliff: I’m Totally Innocent”. Yes, of course he is, he’s not been even interviewed, never mind charged. And what relevance is the value of his apartment? 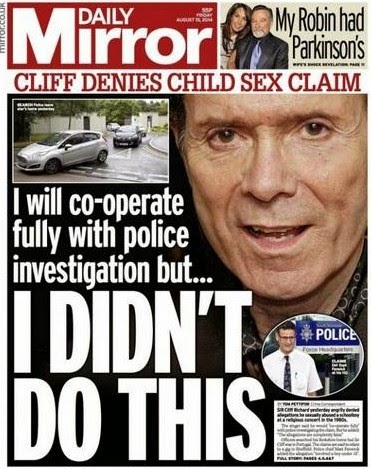 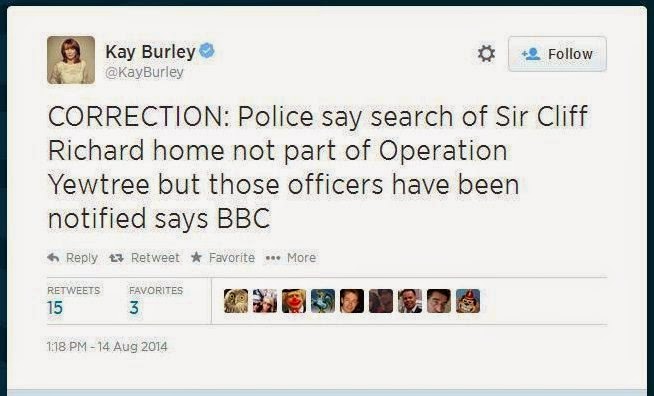 The Mirror does little better with “Cliff denies child sex claim ... ‘I will co-operate fully with Police investigation but I didn’t do this’”. In among this was the occasional item of light relief, such as Kay “surly” Burley inexplicably Tweeting “CORRECTION: Police say search of Sir Cliff Richard home not part of Operation Yewtree but those officers have been notified says BBC”. Sky having to watch the BBC for its news. 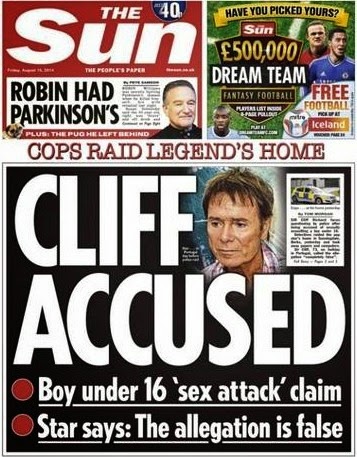 Meanwhile, Rupe’s downmarket troops at the Super Soaraway Currant Bun showed how serious it all was by including a photo of a Police car (hello Sun hacks, it was a plain clothes raid). But the headline is much as before: “Cops raid legend’s home ... Cliff Accused ... Boy under 16 ‘sex attack’ claim ... Star says: the allegation is false”. So what’s he doing plastered all over the front page, then? 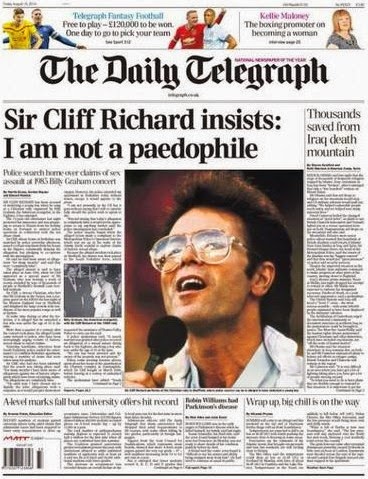 Even the supposedly upmarket Maily Telegraph is in on the act: “Sir Cliff Richard insists: I am not a paedophile” it sniffs, alongside a rather old photo. And, once again, the question has to be asked: he’s innocent, he’s not even been interviewed, the rozzers haven’t suggested they want a chat with him, so what’s with all the front page treatment (and, it has to be said, inside page nodding and winking)?

Cliff Richard is still innocent, no matter how many papers that may not sell.
Posted by Tim Fenton at 10:32

Exactly correct, I think what is worrying is that the BBC and press seemed to know when, where and who's appartment was going to be raided in advance, so they could be outside the gates, and have a helicopter in the air to film the whole thing.

The Mail live up to their reputation, telling us how much his house is worth...

It is a shame what the media have done to Cliff Richard. A man and a star who has never been seen to be stepping on the side of anything remotely improper. Despicable beyond words. Cliff will over come- but will the media?