Uber – What Did I Tell You?

Just three days ago, I noted that “Uber gets into price wars; it therefore lowers prices. Driver earnings take the hit”. This was clearly anathema to all those Clever People Who Talk Loudly In Restaurants out there on the right, notably ConHome’s Mark Wallace, who had adamantly told that ““[Uber] Drivers work for themselves under better conditions with a better income”. 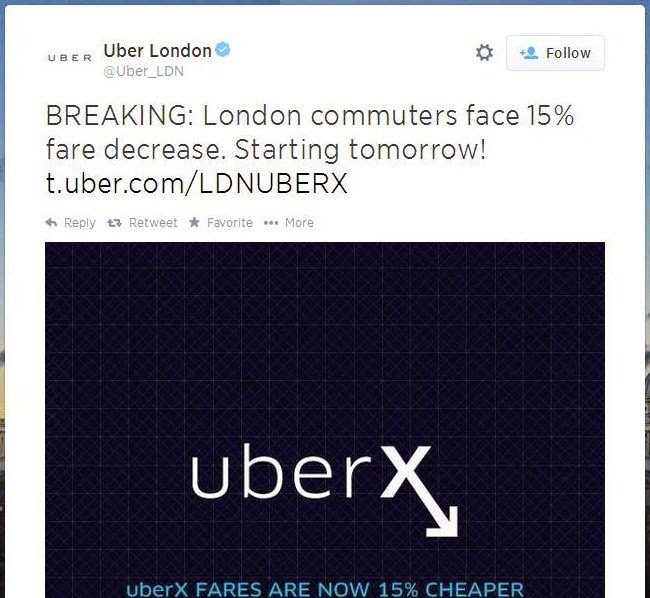 It does not require a qualification in rocket science to deduce that Wallace and I cannot both be right. So who called this one correctly? Ah well. Sadly for ConHome’s credibility, it was not Wallace: almost as soon as I had posted those earlier observations, Uber’s London operation decided to cut the price on its UberX offering, which means basic cars like the Toyota Prius and VW Passat. 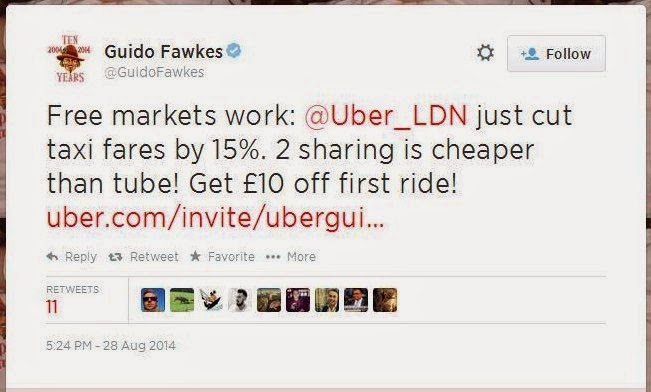 “London commuters face fare decrease. Starting tomorrow!” told the Uber London Twitter feed. The perpetually thirsty Paul Staines was in no doubt as to what this meant: “Free markets work. [Uber] just cut taxi fares by 15%. 2 sharing is cheaper than Tube! Get £10 off first ride!” Uber ain’t a taxi, and the aspect of that free market in action here was seemingly lost on Staines. 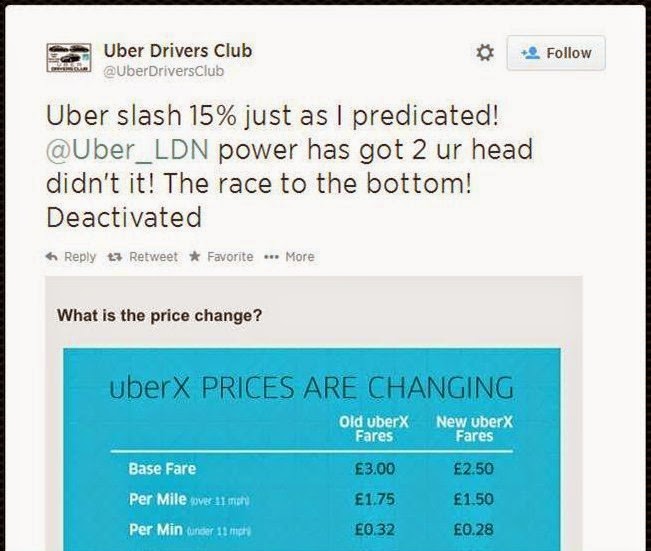 One critic knew exactly what was happening: “The race to the bottom”. What that 15% cut means is that, at existing fare levels, there was insufficient demand to meet supply, and so the price is being reduced in order to (theoretically) clear the market. All those right-wing think tanks would no doubt approve. But the 15% reduction was also a unilateral imposition of a similarly-sized pay cut on drivers. 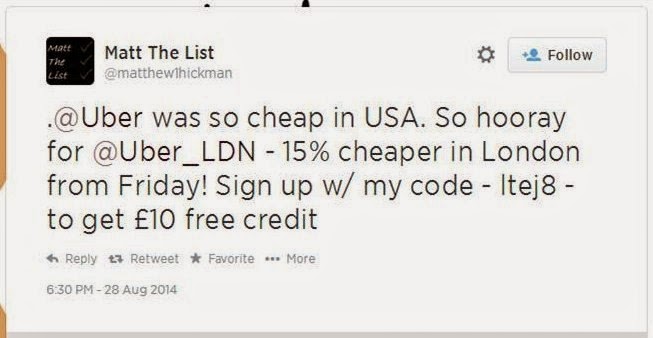 Matt The List was unaware of this: “[Uber] was so cheap in [the] USA. So hooray ... 15% cheaper in London from Friday!” Car purchase or leasing, insurance, congestion charge, fuel and maintenance, and living costs for drivers remain constant. Yet their earnings are cut at a stroke by 15%. Hooray indeed. 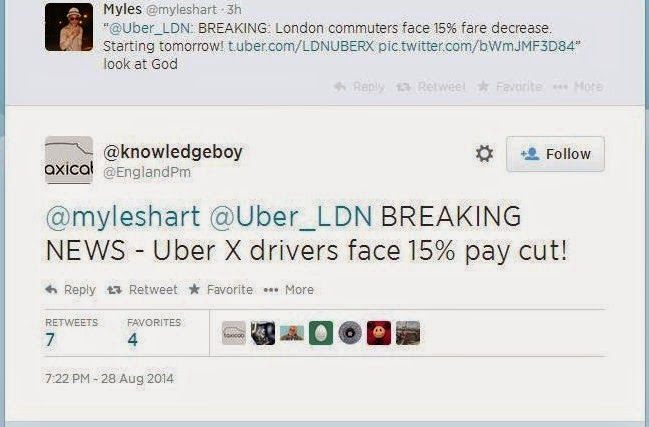 Yes, as Knowledge Boy pointed out, that 15% decrease in fares meant “Uber X drivers face 15% pay cut”. Invariably self-employed, and with no union or trade association to fight for them, Uber’s London drivers are screwed. It is exactly as happened in the USA. In the new sharing economy, those with all the money still wield all the clout: nothing changes. 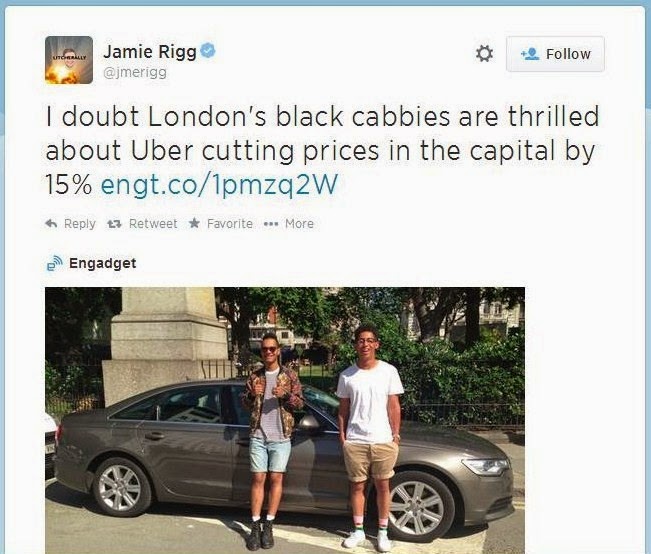 Yet the likes of Jamie Rigg just don’t get it: “I doubt London’s black cabbies are thrilled about Uber cutting prices in the capital by 15%”. If the two bods in that photo are Uber drivers, they might not be smiling quite so broadly now. Meanwhile, black cab drivers can sit back, smile and respond “I told you so”.

Uber CEO Travis Kalanick thinks his main competitor is an “asshole”, and cares little about his own drivers. But he is a billionaire. And how d’you think he gained that worth? Have a think about it.
Posted by Tim Fenton at 10:45

Now all those 'Clever People in Restaurants' who are paid far too much can complain about the increase in tax credit payments.

They aren't clever enough to see that the burden of any cut falls at their door.

Unless their career in music has gone down the pan, and I don't think it has, they are certainly not taxi drivers. They are 2 young gentlemen who go by the name of Rizzle Kicks.

Their music is available from all good music retailers.