Vote UKIP And Your Cock Will Drop Off

The Guardian’s Roy Greenslade pitched the idea yesterday that this week’s by-election in Rochester and Strood is not getting all that much press attention. Well, up to a point, Mr G. There’s enough light being shed on the constituency to tell anyone not already up to speed that the Tories are prepared to sink very low indeed in order to ward off Nigel “Thirsty” Farage and his fellow saloon bar propper-uppers. 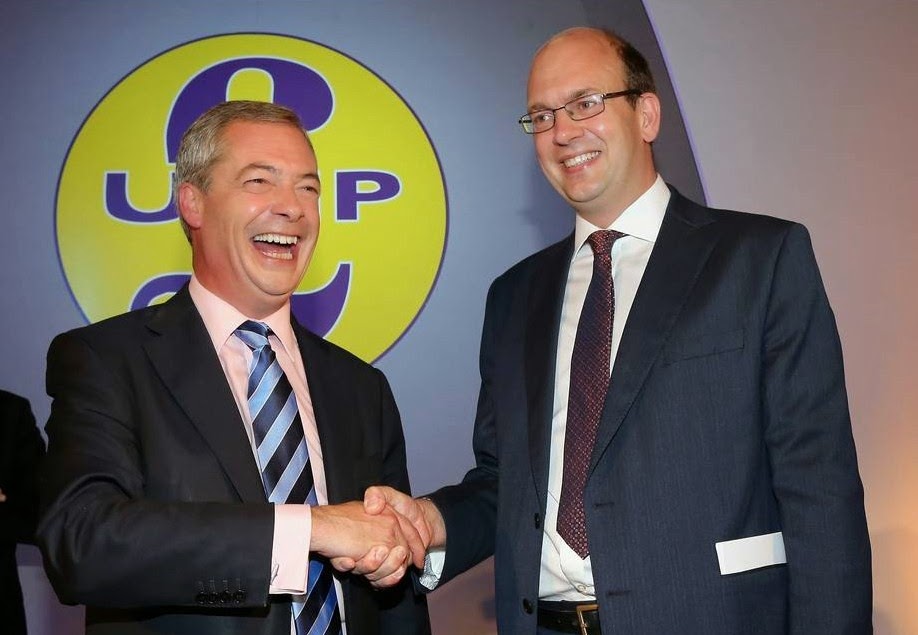 How low? Oh I dunno, how about “the Scary Muslims (tm) will come and get you if you don’t pay immediate homage to Young Dave”? You think I jest? That is, effectively, what Cameron was inferring last week, as he talked of a “Ukip boost and all the uncertainty and instability that leads to”. That was desperate. But the latest Conservative wheeze is more desperate still.

“Rochester by-election: 'House prices will go down if you vote Ukip' ... Conservative candidate Kelly Tolhurst says homeowners fear a win for Ukip because it will tarnish the area” told the Telegraph yesterday. Wait, what? Sadly this is right, although, to be fair to Ms Tolhurst, it was not her who uttered the sentiment “The danger is if you vote Ukip, the value of your house will go down”.

That dubious accolade goes to Charles Walker, who represents the Hertfordshire commuter belt constituency of Broxbourne. How much substance is there in this frankly Barking suggestion? The Tel, after asserting “Three bedroom bungalows in the town, half an hour from the capital, can sell for more than £400,000”, concedes “Property experts have said there is no data to verify the theory”.

So that’s that, is it? Not so fast, Meester Media Bond, the Mail has not yet spoken. And if we’re talking house prices, the Mail will have its say: “Tories warn 'vote Ukip and your house price will go down' in last-ditch bid to avoid by-election humiliation in Rochester” thunders their headline, correctly identifying the source. “MP Charles Walker warns voting Ukip could taint town hitting house prices”.

Doubly desperate – so why is the Tories’ campaign scraping the barrel in its final days? Simples. One look at the Express is all you need: “EXCLUSIVE: Six Tory MPs to defect to Ukip if it wins Rochester and Strood by-election” declares the Daily UKIP. This may be a tad exaggerated – there’s very little of substance in the story, which is no surprise with the Express – but the possibility certainly exists.

Their assertion “Insiders claim Basildon and Billericay MP John Baron is the most likely to cross the floor” may be pie in the sky. But it’s enough to scare the shit out of CCHQ. If the Kippers win on Thursday, not even the right-wing press will be able to pretend that the party in trouble isn’t the one they all support. That’s why the Tories are prepared to say whatever it takes to make voters support their candidate.

The problem is, those voters no longer believe them. And they’re probably right.
Posted by Tim Fenton at 10:55

"If the Kippers win on Thursday, not even the right-wing press will be able to pretend that the party in trouble isn’t the one they all support."

Oh but we all know they will.

It is likely Labour's showing will be bad enough to give them justification enough to throw more smears and snarks Miliband's way.

> "If the Kippers win on Thursday"

Not if, when -- when Tory cabinet sources are telling the Grauniad a Ukip win is "priced in", I think you're safe to assume Thursday's outcome (http://www.theguardian.com/politics/2014/nov/15/rochester-strood-ukip-conservatives-admit-defeat)

Having watched her in the hustings, I don't think I could vote for Kelly Tollhurst even if I was a Tory -- she's awful!