Miliband – What If He Went?

Another week in politics has brought another story of dubious provenance peddled mainly in the right-leaning press alleging disaffection among Labour MPs, and another outing for the 24-hour Speculatron of rolling news. And, as so often, few seek out the actual substance of the story, while not giving any thought to what would happen to Labour if Mil The Younger were to be ousted. While the Mail tells of a “Bonfire Night Plot To Oust Ed”, and suggests Labour is “in crisis”, and the Murdoch Times pretends there is a “Secret plan for end of Miliband”, the actual story does not support much of the spin. This is clear from a perusal of a piece from the Telegraph – and there is no paper more ready to shill for the Tories and put the boot in to Labour. 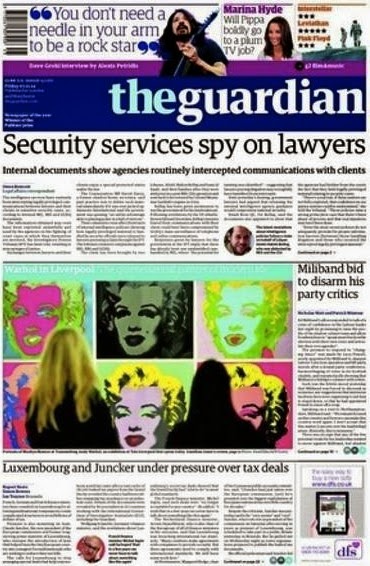 Under the headline “Ed Miliband must go, say Labour MPs”, the reality is rather less than that. Typical is “At least two MPs are understood to have told David Watts, the chairman of the Parliamentary Labour Party, that they believe it is time for Mr Miliband to go ... Mr Watts has reportedly told the MPs that they are not the first to raise concerns about Mr Miliband's leadership with him”. Indeed, the Tel had to admit that “Mr Watts declined to comment when contacted by The Telegraph”. Otherwise, all that the article has to fall back on is comments from Damian McBride, who no doubt wants the leader to be more like Pa Broon, while the likes of Dan Hodges will not stop whingeing until he gets a clone of Tone. Then we come to the question of what would happen if Miliband went. 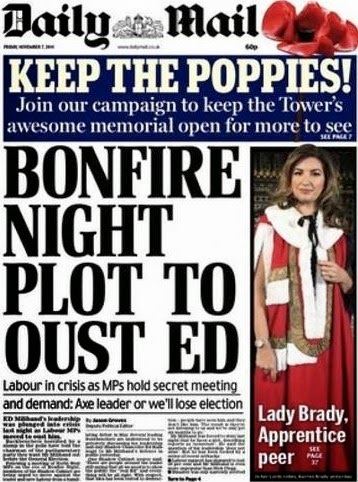 This should be a no brainer: papers like the Times, Telegraph and Mail would not give anyone else an easier ride. This can be easily illustrated by considering the two MPs thought to be front runners in any succession race, Yvette Cooper and Andy Burnham. Ms Cooper would immediately be charged with the heinous crime of being married to “Auguste” Balls, a singularly damning indictment. 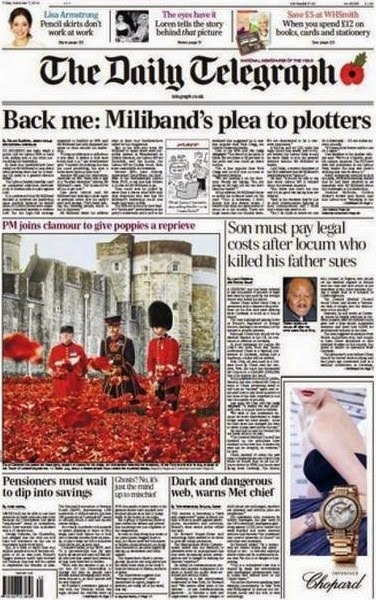 Following that would be the usual torrent of sexist and misogynist abuse: anyone wanting a sample only has to look at the outpourings of the odious Quentin Letts (let’s not). Burnham would fare potentially less well: whatever the fact of the matter, he would face a barrage of abuse over Stafford Hospital. It will be asserted that he personally killed over a thousand elderly patients there. 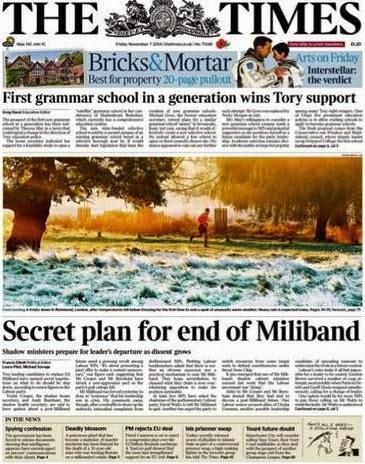 Also, Burnham is from Merseyside, so the Murdoch press will kick him yet harder in retaliation for all those lost Sun sales since Kelvin McFilth made his fateful decision in the wake of the Hillsborough stadium disaster. Anyone in the Labour party who thinks that the abuse will stop if they ditch Miliband is, as they are occasionally wont to say on Merseyside, not dealing from a full deck.

There is no benefit to Labour from changing leader before next May. End of story.
Posted by Tim Fenton at 13:35

This whole fiasco smacks of a concerted right wing media effort to unsettle Labour which makes me think they must be worried. The timing neatly deflects attention from the Tories' difficulties. If you examine the substance, there seems to be very little to it.

However, mud will stick; someone in the party needs to get a grip of any potential rebels ( if they exist in reality ).

even more idiotic is the chorus from anti-Ed types like nick Cohen who are desperate for Alan Johnson to take over despite the fact that he really, really doesn't want to. They keep saying 'but just think, he could be PM in May' - but he doesn't want to be.