Margaret Thatcher famously played hardball with her fellow EU heads of Government in order to win a rebate on the UK’s budget contributions. The right leaning press approved wholeheartedly of her cry “I want my money back”. And when Tone gave up a part of that rebate, they were aghast. So it might be thought that anyone surrendering our rebate would meet the same fate. 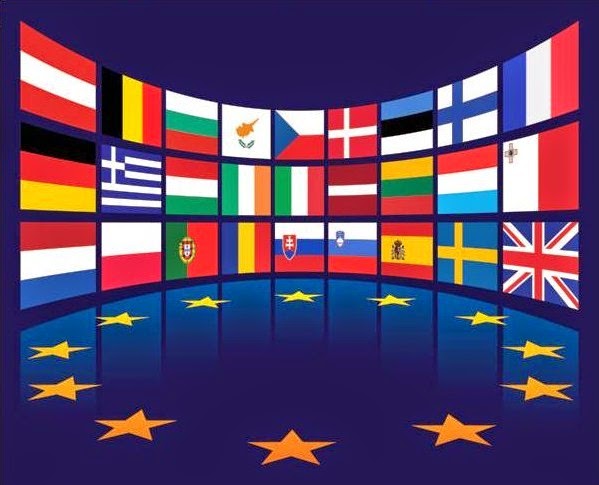 But that thought would be misplaced: the condemnation only occurs when it is a Labour Government doing the surrendering, as witness the reporting of the abject caving-in of the Rt Hon Gideon George Oliver Osborne, heir to the seventeenth Baronet, to his fellow EU finance ministers yesterday. The budget adjustment that means the UK has to pay an extra £1.7 billion stands – unaltered. 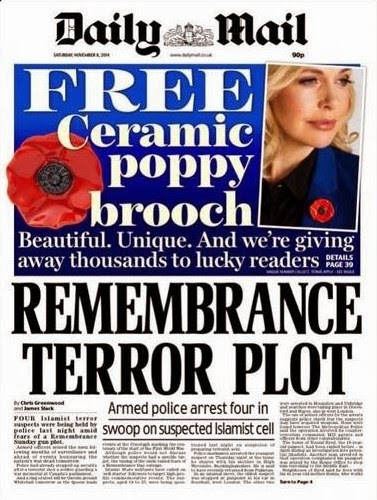 Osborne has, of course, engaged the spin cycle to pretend otherwise, claiming that not only has he delayed payment and won the concession to pay it in two instalments – which is true – but also that he has halved the amount to £850 million, which most certainly is not. The sleight of hand is achieved only by returning the UK’s 2015 budget rebate – surrendering the rebate. 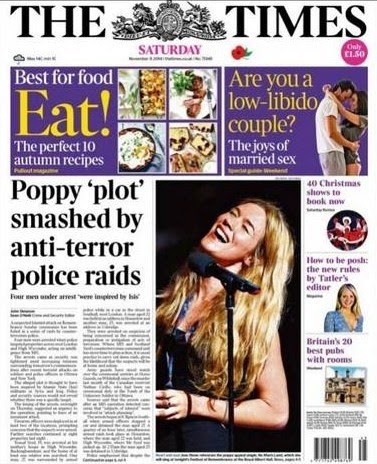 What would Mrs T have said to that? Oh I dunno, how about “No, No, No, No, No”. Had it been Pa Broon cutting that deal, the Tory-supporting press would have never let him forget it. But, as it is one of their team doing the surrendering, they are more than happy either to play along with the lame spin, or, in most cases, keep the story off the front pages and tell readers to “look over there” instead. 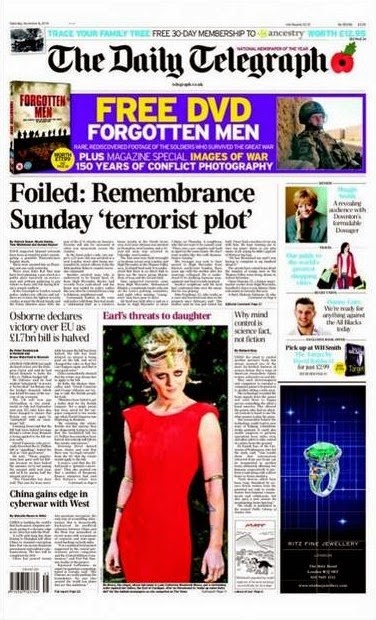 How has this been achieved? They found a terror plot! Well, there were some arrests on suspicion of terrorist related activity, but what the hell, there’s a readership to distract from Osborne hauling up the white flag and, just in case you didn’t already get this one, surrendering the rebate. The Mail does its duty, with “Remembrance Terror Plot”, making sure readers know that Scary Muslims (tm) are involved. 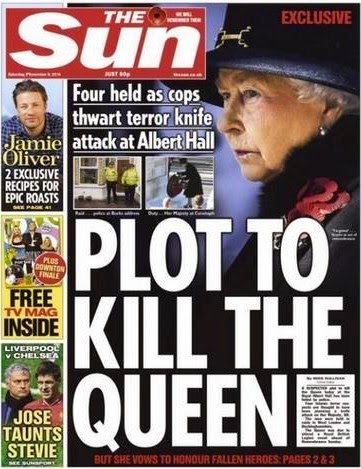 The Murdoch Times also knows which side its bread is buttered on, so readers are told “Poppy ‘plot’ smashed by anti-terror Police raids” (notice the quote marks). The Telegraph does likewise, with “Foiled: Remembrance Sunday ‘terror plot’”. The Tel also pretends “Osborne declares victory over EU as £1.7bn bill is halved”, but it is only halved by, don’t forget, surrendering the rebate. 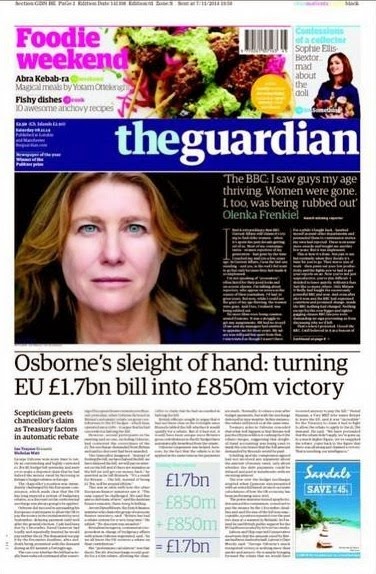 Then the Sun goes completely OTT with “Plot To Kill The Queen”. I mean, how DARE they? It is left to the deeply subversive Guardian to remind us of “Osborne’s sleight of hand: turning EU £1.7bn bill into £850m victory”. In any case, the right-wing press are too late, as Osborne’s capitulation was all over the TV news last night. The readers are not fools, and the press should not take them as such.

The Tories talked tough. Then they surrendered. No spinner can change that.
Posted by Tim Fenton at 10:57

Multitudinous plots and you managed, in this week of all weeks, to get through this post without mentioning Guido - who of course lost the plot some time ago.

Wonder what masterstroke Master Shapps will pull next?

Another day, another plot. Yesterday a plot to behead Ed Miliband, today a plot to physically behead the Queen. What next? The Great Vegetable Plot?

"The readers are not fools"

I think the fact that they hand over their money for the crap disproves your theory!