Angelina Jolie Peerage? Come Off It

As the number of hacks remaining at the Telegraph’s Victoria bunker continues to dwindle, so does the quality of the journalism. But what has increased to compensate is the desperation clear in so much of the so-called “content”. And today has brought a magnificent example from the joint by-lines of Christopher “No” Hope and Paul Clements, on the subject of the House of Lords. 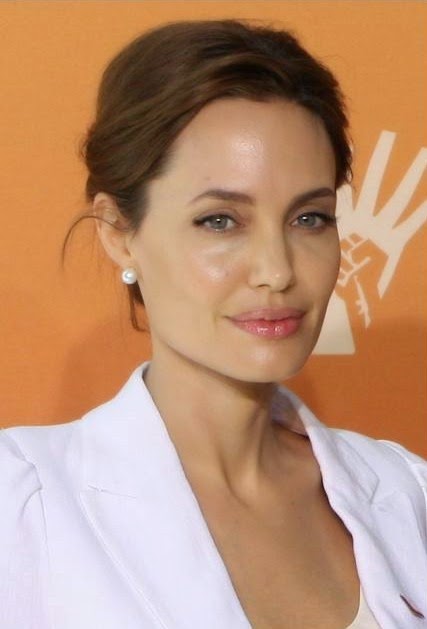 The Lords, readers are told, is getting more of a younger vibe, and a dash, even, of showbiz. Names such as Martha Lane Fox and Karren Brady are pitched. But, so what? They are business folk, and like other names mentioned, such as Stuart Rose and Alan Sugar, are hardly a rarity in this part of Parliament. Then comes the suggestion out of left field that Angelina Jolie will be next.

Well, one never says never, but as Hope and Clements must know, there is not one tiny shred of evidence to stand up their headline, “Angelina Jolie 'set to become a peer' ... How the Lara Croft star could soon be heading to the House of Lords”. And she could not: the only factual scrap to support this claim is that Ms Jolie visited the public gallery of the Lords recently.

But on they plough: “Now tongues are wagging in Westminster that Miss Jolie is being lined up herself set on a seat in the House of Lords. The idea is not so far-fetched [oh yes it sodding well is]. Last month Miss Jolie was made an honorary dame by the Queen for her campaign work fighting sexual violence and for services to UK foreign policy”. And, as the man said, there’s more.

“The only criterion for new peers is that they must be ‘resident in UK for tax purposes and accept the requirement to remain so’. Miss Jolie and her equally famous husband Brad Pitt are on the way to clear that hurdle – the pair are understood to be eyeing up a new permanent home in London’s Marylebone”. Yeah, right. Like all the other non-UK residents buying into the London property market.

Still they flog this particular dead horse: “Miss Jolie’s people declined to comment on whether she wanted a seat in the Lords [stopped laughing yet, have they?]. But asked last week by ITV News if a career in politics was ‘a possibility for you’, she replied: ‘If I felt I could really make a difference, yes. I’ve always gone wherever I felt I was needed’”. Which does not mean the UK.

Ms Jolie has already worked as a Special Envoy to the UN. The strongest possibility is that any future political involvement would follow that route. Hope and Clements’ pretence that she and Brad Pitt would choose to be “resident in the UK for tax purposes” is just that. As with so many of these attention-grabbing pieces, there is no quote from its subject. It’s just pie in the sky.

The Telegraph really is scraping the barrel with this stuff. No surprise there, then.
Posted by Tim Fenton at 10:58

After Ms Jolie being appointed an honourary DBE, it wouldn't surprise me at all if she ended up in the House of Lords.

Perhaps the real question here is: why is the current goverment so fascinated with this woman? She's an actress FFS!!!