Dapper Laughs – No It Isn’t

Comedy on television. A phrase to strike fear into the hearts of those commissioning programmes. Whatever is served up, it’s never as good as what went before, it doesn’t get enough laughs, some or all of the target audience doesn’t get it, it’s derivative, it’s crude (or too artsy), it’s on at the wrong time or on the wrong channel, or it offends rather a lot of people. 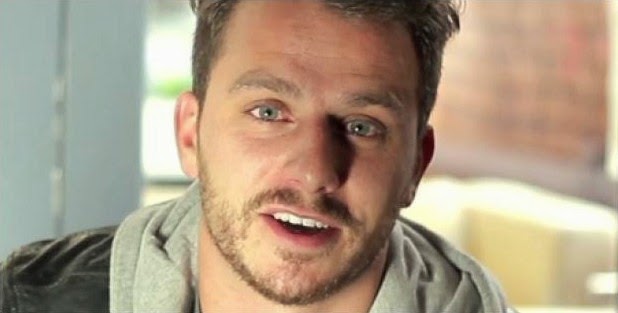 Hilarious. With the sound off

And then there is the cost of developing a new comedy genre. So you get more stand-up, more chat shows (with a rotating cast of interviewees), and more cheaply shot programmes involving an unsuspecting public. And into that last category has arrived former cruise ship entertainer Daniel O’Reilly, aka Dapper Laughs, because he’s not dapper, and most people are not laughing.

Perhaps it’s ironic comedy? Sadly not: this is lad comedy, as in blokes who use words like PROPER and TOP LAD. They drink pints of F***ING STELLAH or CAHLIN, except for the few who venture into the world of SMOOV or even F***ING GINNIS. They talk about NAUGHTY things, which are by definition MEGA and SORTED. And they watch an ITV2 show called On The Pull.

Here, Dapper Laughs chats up young women, who are supposed to consider this torrent of misogynist attitude some kind of favour. Those passing adverse comment are subjected to a social media assault consisting, generally, of abuse, threats, and what those participating call BANTER, or even PROPER BANTER. Most people would call it yet more misogynist abuse.

And on ITV2 and recognised TOP LAD enclaves it would have stayed, but for the reaction from all those TOP LADS to Abi Wilkinson when she called out Dapper Laughs for claiming he was helping the homeless when he had made a recording where he told a homeless person “you smell like shit”. Dapper Laughs got his pals to give her a PROPER torrent of misogynistic abuse.

So it was only PROPER for UsVsTh3m to point out that each streaming of a Dapper Laughs song would only raise £0.004, and that the public would have to listen to 10,000 of them – a prospect as horrific as it is unlikely – to raise just £40. On top of that, Shelter have decided they aren’t interested in taking any of Dapper Laughs’ proceeds. Best just make a donation and cut out the creep.

Does it matter that behaviour like this is challenged? Well, yes it does, because one thing that has come clear from the exercise is that Dapper Laughs influences other young men’s behaviour and thus spreads the TOP LAD BANTER, or as most people call it, misogynistic abuse. Protesting that it’s “only comedy” and that it “can’t be harassment because he’s on TV” won’t wash.

If this gobshite gets put back in his box, perhaps ITV2 will kick him off theirs.

[UPDATE 10 November 1845 hours: following a number of complaints, and a petition with more than 50,000 signatures calling on ITV to axe Dapper Laughs, the channel has done just that.

ITV has put out a statement this afternoon, telling "ITV has decided not to consider comedian Dapper Laughs' show for a second series, following a series of complaints".

All of which means that this particular TOP LAD is WELL SORTED, only not in the way he might have expected. PROPER!]
Posted by Tim Fenton at 16:59