Star attraction at the so-called online magazine Spiked, so named because most of it should have been, is semi-professional contrarian Brendan O’Neill, the “semi” bit meaning that he is not very good at it. He reminded the world just why this is yesterday, when he embraced the cause of “comedian” Daniel O’Reilly, aka Dapper Laughs, who, he claimed, was a victim of the intolerant left.

He told of “The terrifying censoriousness of the campaign against Dapper Laughs” and went on “For an insight into the new intolerance, into the modern illiberal urge to harry and squash and ultimately kill any idea that dares to offend us, look no further than the fury over Dapper Laughs”. Those who recall what happened to Abi Wilkinson of UsVsTh3m might have other thoughts as to who is being intolerant.

The disapproval was not just of Dapper Laughs, but of the welter of misogynistic vitriol that spewed from his supporters when Ms Wilkinson dared to suggest that the “comedian” was being slightly hypocritical in raising money for the homeless after he had verbally abused a homeless person. Perhaps O’Neill would care to explain to her why she has to take all that just for exercising her freedom of expression. 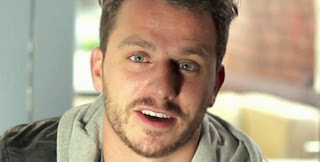 O’Neill also goes badly wrong in his choice of straw men: “The Dapper-bashing crusade started in the respectable media. [He] was accused of contributing to ‘rape culture’”. Er, hello Brendan? He said this of an audience member at a recent show “She’s gagging for a rape. Yep, we’ll have a chat afterwards. She’s having a chat about ‘yeah, I get quite tight but I get a bit’… poor girl”.

Never mind, though, have a go at the Staggers, rotten lefties that they are: “The New Statesman told its readers ‘you should be worried about Dapper Laughs’ because he is ‘normalising sexual harassment’. ITV2 monkey see, ITV2 monkey do”. That’s right Brendan, trivialise the effects of the copycat behaviour that sees yet more young women having to experience all those LADS expressing their freedom of speech.

Brendan O’Neill’s contrarian rants all suffer from the same problem: in framing his argument, he has to strip out the other side and discard it as irrelevant. So, while he supports Dapper Laughs’s freedom to spray the word “rape” around as if it is normal and acceptable practice, the frightening effect of this on other young people is ignored. He also ignores the freedom of decision making at ITV.

So he perhaps failed to anticipate that ITV would exercise that same freedom enjoyed by any business, and decide not to commission another series with Dapper Laughs. That, though, is not censorship: it’s a business judgment. Meanwhile, if Dapper Laughs wants to go on spraying the word “rape” around as if it’s something cool that LADS do, he can do. Venues are equally free to decline his custom.

Freedom of expression is for all of us. What Brendan O’Neill won’t be telling you.

[UPDATE 12 November 1120 hours: such has been the success of Brendan O'Neill's support for Daniel O'Reilly's Dapper Laughs character that O'Reilly fetched up on BBC Newsnight yesterday evening to tell that he was putting the "character" to rest.

So, following O'Neill's Spiked article, ITV have binned the Dapper Laughs show, and now the character has been killed off. So now we know how to deal with purveyors of misogynist abuse - get Brendan O'Neill to support them. Job done!]
Posted by Tim Fenton at 17:24

I remember when Brendan O'Neill was saying that the EDL were just good honest salt-of-the-earth working class boys, and anyone who thought they looked like Nazis was clearly a member of "the chattering classes" (he does like that term, he uses it at least once a column) with a hatred for poor and honest folk. It was one of his Telegraph blogs, I think. It might even still be there, but I'm not rooting through crap to look for crap.

Abi Wilikinson is being intoleratant by calling her website UsVsTh3m. I'm not one of anybody and that's what these people really cant cope with. Kern got his complaint on Chortle almost as soon as the first episode went out and the campaign to bring down DL clearly originates from when he was online. The feminist lobby has been looking for a comedian to "take down" for quite some time. DL was just made to measure for the part blundering through taboo issues like an elephant through a moral minefield. His show would probably have died quietly anyway but thanks to Kern and Wilikinson now no one knows why it was taken off air. You cant incite a petition of 66,000 and say that you didn't mean it and it means nothing. If you think censorship is the wrong way to deal with the issue then they should have said openly and clearly that they condemned the petition. This is the grey area of No Platform policies and for all O'Neill's hard left ranting he is right - it is a form of censorship. It's just soft censorship not hard censorship. Censorship isn't black and white it's 50 shades of grey. Steven Green didn't stop people going to see Stewart Lee's Opera but he picketed it to the point it became financially impossible to operate. The Barbican didn't drop Exhibit B because of a petition but becaue they feared getting the poo kicked out of them.

And winding a fool like O'Reilly up till he desends into rage or talks about rape on stage because he's been accused of promoting rape and then makes a pig's ear of it due to a bit of heckling may fool the ladies of Newsnight but it doesn't fool me. The aim of the campaign from the start was to take him down. It did. But the questions it raises which really are what is it and isn't it right to censor, when and how ... aren't going away.

And there is nothing particularly left wing about the double edged sword of censorship as you will discover.

He wrote the other day about how he and Telegraph blogger Tim Stanley were prevented from having a debate at Oxford University by what he calls ''Stepford students''.

I have to say, I agree with him.
http://www.spectator.co.uk/features/9376232/free-speech-is-so-last-century-todays-students-want-the-right-to-be-comfortable/

We are obviously in a really bad place now as far as free speech, or even just disagreeing with the bandwagon twitter campaigns that come to life so quickly.

A couple of weeks ago it was Judy Finnigan on the Sheffield United footballer, and today it's the controversy around Wigan football club with their manager and chairman.
On the news last night they showed a reporter turning up at a Wigan Chinese restaurant to ask the staff whether they felt insulted by the words that the football chairman had used. Pathetic.