Even watchful for another of those “expedient exaggerations” they can use to frighten all those hardworking voters that they claim to represent, Rupe’s downmarket troops at the Super Soaraway Currant Bun have manufactured more outrage at the apparent nanny state proposals coming out of the Labour Party on alcohol consumption, a subject dear to their hearts. 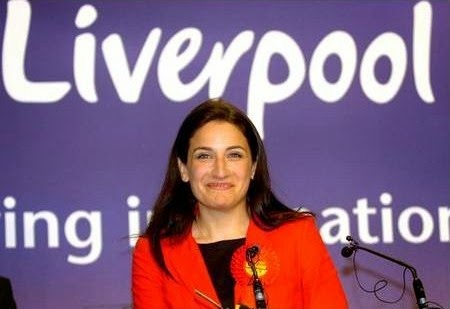 Craig Woodhouse has claimed an “exclusive” for his creative interpretation of a speech given by Shadow Public Health Minister Luciana Berger, concocting the headline “Labour in one pint of ale a day limit”. However, and here we encounter a significantly sized however, Ms Berger made no such pitch, and there is no such proposal being made by the party.

Moreover, Woodhouse needs significant exaggeration to make his headline stand up. Here’s what he says of Ms Berger’s speech: “Luciana Berger told Alcohol Concern’s annual conference she ‘aimed to reduce the proportion of the population who consume above the recommended level’”. Eagle-eyed readers will have noticed that there is no mention of any “limit” there.

It gets worse: he goes on “For men, that is three to four units a day – a pint of strong lager”. They sup some bloody powerful stuff at the Sun, then: a pint and a half of 5% ABV beer comes out at less than four units. That’s the strength of bottled San Miguel or Staropramen. For drinkers of cask beer, that’s the same quantity of Greene King Abbot ale, or Hawkshead Cumbrian Five Hop.

And the public health concern over some of the population’s smoking and drinking is nothing new: Labour has been discussing its policy approach for years now. We know this as the Mail On Sunday ran a more extensive shock horror article last May about the party’s ideas, pretending, as does Woodhouse, that they are proposing to use the law to crack down on public choice.

That was total crap then, and remains so. What Woodhouse and his bosses cannot get into their collective heads, and certainly don’t want to tell their readers, is that when large numbers of people cease to overindulge themselves, the costs to the NHS and emergency services are likely to fall dramatically. And the Sun certainly doesn’t want to let readers know that Labour wants to save taxpayers’ money.

Instead, Woodhouse continues his browse through the fiction section: “The plan engulfed Labour leader Ed Miliband in more claims he is out of touch with working people”. And to that I call bullshit: no other news outlet is running that story, and nobody is being "engulfed" by it. That’s because it’s a pack of lies, backed up with blatant exaggeration and other misinformation.

So it’s a routine day at the office for the Sun man. No surprise there.

However, and here we encounter another significantly sized however, the item was pulled overnight, and so the link (HERE) no longer picks it up.

Yes folks, the Sun story was such a blatant pack of lies that not even the Mail would touch it. That tells you all you need to know]
Posted by Tim Fenton at 17:27

The kids will play at producing newspapers for Rupert whilst the grown ups are facing other trials and tribulations?

A can of Kestrel Super Strength, Carlsberg Special Brew, Tennent's Super etc. should see your four units. Is The Sun implying that these are the usual beverages of their average white van-driving reader?

This from the party that gave us 24 hour drinking.

Nah! That was God (or whichever deity you prefer). Remember him/her?

You may drink as much as like at home with or without a party the capacity of which depends upon your physical capabilities of course.

And politicians "aim" for responsible drinking. That was the intention behind the revised licensing laws. Unfortunately there are always going to be the irresponsible minority who spoil it for others.

Old Codger: except that they didn't. "The party which gave the power to set drinking hours to local councils, almost none of which decided that having 24-hour licensed venues was a good idea".

The number of town centres and neighbourhoods officially classed as being blighted by problem bars and pubs has soared by 150 per cent since Labour relaxed drinking laws.

John b: there are at least 8,900 round-the-clock licenses including about 2,300 shops and supermarkets – so much for your ‘almost none’

You are being selective with the verite there Old Codger...

Under the 2003 Licensing Act it became possible for premises to obtain a licence to sell alcohol round the clock. In the majority of cases, this option was not pursued; however, a significant consequence of the change in legislation has been to encourage later closing (e.g. pubs closing between 1-3am, rather than 11pm) in town and city centres, which has knock on effects in terms of policing.

Sorry, I forgot to add:

Just because the pub, bar, club premises have a 24 hour licence then it doesn't mean that they're open every day.

That's not to say there are not problems around town centres but these tend to be in the small hours as the clubs kick out between midnight and 3am.