This week, in another exhibition of Michael “Oiky” Gove’s incompetence, the Government lost a whipped vote on an amendment which would loosen the iron grip of the PubCos on their unfortunate tenants, and perhaps, who knows, ultimately see an end to the “beer tie” that forces tenants to choose from a limited range of over-priced beers, rather than sell what they want. 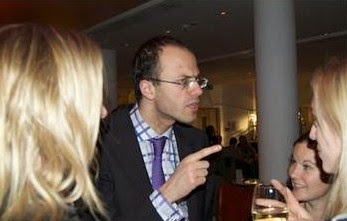 But over at the Telegraph, rather than celebrate the event, Allister Heath, long a stooge of the so-called Taxpayers’ Alliance (TPA), which wants to pretend pub closures are only about whether a pint of beer has a penny less duty on it and will not at any price talk about the PubCos and their failed business model, has swallowed the corporate Kool-Aid in one.

After predicting an acceleration in pub closures, Heath asserts “It is true, of course, that tenants pay an inflated price for the beer they buy from their landlords - the PubCos - and that they have a limited choice in what they can serve to their customers, which is often deeply frustrating; but in return they pay a much lower rent and enjoy various central services”, to which I call bullshit.

Choice, for free marketeers like Heath, is clearly only A Good Thing when his corporate pals can do it, and stuff the poor customer, who either has to drink Big Brand brews, or often ordinary cask ale that has been trunked hundreds of miles. What do drinkers in Crewe get? Greene King (all the way from Bury St Edmunds), Wells and Youngs (Bedford) and Shepherd Neame – from distant Faversham.

Even Marston’s products have to be trunked from Burton-on-Trent and Wolverhampton. But, because of that beer tie, our only microbrewery, Offbeat, can’t get its products into most of the town’s pubs. Those that are truly free of tie are thriving. Those that are not are reducing in number at a frightening rate: Admiral and Punch have both closed pubs in Crewe recently.

Heath manages not to see that the microbrewery sector, like free of tie pubs, is in rude health. For some reason, his tired libertarian drivel blaming the smoking ban for the plight of so many pubs has not affected them. Meanwhile, the PubCos cash in their property chips and sell viable pubs to supermarket chains, property developers, and for conversion to residential use rather than let them be used as pubs.

But as Allister Heath is so sure of the PubCo model, I’ll give him an invitation: come to Offbeat Brewery’s next open evening, on Friday December 5, and tell the assembled punters how much more wonderful their pub experience would be without free of tie pubs and the microbreweries that serve them. Just don’t blame me, though, Allister, if you get laughed out of the place.

More economies at the Tel? In Allister Heath, they have a hack worth sacking.
Posted by Tim Fenton at 17:23