“I don’t think it was entrapment ... they had a tip. In this particular case, Brooks Newmark responded to this journalist ... on seven occasions seeking explicit pictures [and was] quite enthusiastic when given the opportunity to misbehave”. So said Susie Boniface on BBC Question Time, excusing the behaviour of Alex “Billy Liar” Wickham, who posed as a young woman to entrap an MP. 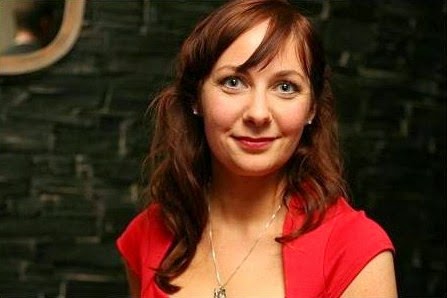 Yes, Susie Boniface, the hack behind Fleet Street Fox, and someone who gives the impression that butter wouldn’t melt in her North and South. The instinct to wave away suggestions of bad behaviour seemed to kick in automatically, almost as if she had done this kind of thing on more than one previous occasion. When and where that might have occurred we do not know.

But what we do know is that Ms Boniface worked at the Sunday Mirror at the same time as Dan Evans, who has recently admitted hacking phones both at that title and the now-defunct Screws. The Guardian told that “Evans began as a freelance news reporter at the Sunday Mirror in 2003, later joining the staff, and said he was taught by an unnamed senior staff member how to hack voicemails”.

I’ll go further: Evans and Ms Boniface on occasion shared by-lines. One of these I’ve unearthed concerns a story titled “Lucy Falls Into Arms Of Acrobat”, which appeared in the Sunday Mirror on February 8, 2004. The “Lucy” in question was Lucy Benjamin, who has successfully sued Trinity Mirror for hacking her phone. One line of the copy stands out rather prominently.

“Two weeks ago the couple ordered £108 worth of booze for Lucy's [hotel] room at 12.30am as they partied through the night” the article says of Ms Benjamin’s relationship with gymnast Bobby Hanton. Knowing that said booze had been ordered, perhaps by seeing it delivered, is a perfectly plausible explanation. But being able to place a price tag on it is rather more difficult.

Then there is the story of John Leslie’s break-up with Abi Titmuss, “Jealous John Dumps Abi In Cheating Row”, the story appearing in the Sunday Mirror on October 12, 2003. Ms Titmuss talked to the paper; Leslie, it seems, did not. But the paper did know that he had told a friend that “This is the final straw. I know Abi has been seeing an old flame and I am not taking it any more”.

Susie Boniface was immediately ready to deflect criticism of the Wickham sting – but the paper has already paid out an undisclosed sum to Newmark’s fellow Tory MP Mark Pritchard. Evans was, by his own admission, a serial hacker both at the Screws and Sunday Mirror. Those two articles give the impression that some of the information they contain may not have been obtained legitimately.

[UPDATE 1905 hours: a third shared Susie Boniface and Dan Evans by-line has come to light, this time on a story about con man Peter Foster, and Carole Caplin, former friend of the Blairs.

Titled "He Cheated On Carole", the second line contains another of those "quotes from friends". Once more, the question has to be asked of Ms Boniface]
Posted by Tim Fenton at 17:25