The sense of anti-climax was not only felt on Zelo Street yesterday evening: across the country, many who had waited eagerly to see Mazher Mahmood, aka the Fake Sheikh, exposed in a BBC Panorama programme for the absolute shower that he is were deeply disappointed when the broadcast was pulled from transmission less than an hour before its scheduled 2030 hours slot. 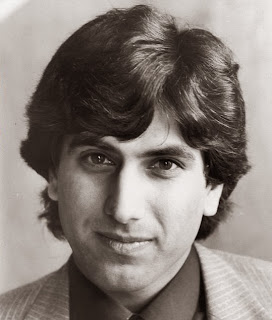 At first it was assumed that the Beeb had caved, either to the lawyers acting for Mahmood, but bankrolled – generously, I’m told – by Creepy Uncle Rupe, or to the suggestion by the Police that the broadcast would prejudice any future action against him, despite their having not as much as suggested there would be one. But it seems the delay was precautionary, and the expose will go ahead.

And this could be even worse news for the Fake Sheikh than allowing Panorama to go out eight days ago, as first intended. Why should this be? Ah well. Here we encounter what is known as the Streisand Effect – intending to stop unwanted information getting out, only to draw attention to it, so that when the information ultimately gets out, a lot more people get to know about it.

The first delay in broadcasting Panorama increased the potential audience. Last night’s increased it even more. So all that those expensive lawyers are doing – apart from trousering More And Bigger Paycheques For Themselves Personally Now – is to boost the Panorama audience, and make sure that even if the programme is scheduled at short notice – ie not on Monday next – they will be watching.

Will the BBC be sufficiently determined to follow through with the broadcast? One perusal of the Guardian’s latest report tells you that it is. “The BBC was presented with fresh information about one of the stories covered in the programme by lawyers for Mahmood at 7pm on Monday” BUT “The BBC is understood to have been asking for further information from Mahmood’s lawyers for 10 days”.

The timing of that information delivery was almost certainly not an accident. Panorama editor Ceri Thomas added “Since the programme is concerned to expose the claimant’s lack of journalistic integrity, particularly when deploying his undercover disguises, it is clearly in the public interest for his appearance to be revealed”. And, as the man said, there’s more.

Manuel Barca QC, representing the Corporation, put it plainly: “If the thesis of this programme is to say, this man is a wrong’un – in terms readers of the Sun would enjoy – part of that is showing what he looks like. If he did not work again in that capacity it would be no bad thing”. Yes, the Fake Sheikh is about to get both barrels – and the audience, for Panorama, is going to be huge.

He also confirms that the new information provided by Kingsley Napley, who are representing Mazher Mahmood, is not going to cause any change to the programme. The eagle-eyed will note that Roy even gives Zelo Street a name check, for which my sincere thanks.

So get ready for the full Streisand effect, folks. I'm sure Maz would have wanted it this way]

[UPDATE2 12 November 1600 hours: the BBC have now advised that the Panorama programme on the Fake Sheikh will air THIS EVENING at 1930 hours.

So put off that visit to the pub, woof down the evening scran early, or delay eating for a while - Mazher Mahmood is going to get the full Streisand effect.

And, for those who can't make it, the broadcast will no doubt be available for another fortnight on the BBC iPlayer]
Posted by Tim Fenton at 10:34