The takers of the Murdoch shilling at the Super Soaraway Currant Bun have decided, in the aftermath of the EU referendum, to take the result as a green light to attack anyone on the Remain side. Some of these attacks have become highly personal, and none moreso that that in today’s edition on the paper by increasingly out-of-touch has-been Tony Parsons, who has called 48% of the electorate “bad losers”. 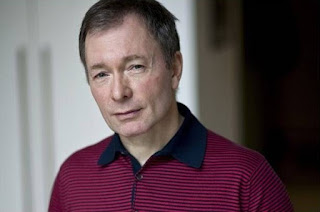 “Too many bad losers are objecting to democracy itself ... that is an incredibly dangerous game to play” he tells readers, managing not to mention the mountain of falsehood and misinformation that was put before voters, not least by the paper he writes for, before changing tack to say “But now it is done and this is the time for healing rifts, building bridges and moving forward to a bright, prosperous future for our country”.

So we’re going to see something a little less miserable, then? Sadly not. “But the sour grape mountain is blocking our path … There are too many bad losers who refuse to accept the result … They are objecting to democracy itself. It is an incredibly dangerous game to play … Much of it can be laughed off, like Damon Albarn wearing a black armband at Glastonbury and telling the kids: ‘Democracy has let us down’”.

Well, exactly, free speech? Where will it all end? But then Parsons overreaches himself and scores a horrendous own goal. His target? Historian Dan Snow. “But some of the whining is nothing to smile about. Dan Snow, the historian, posted a shocking message on Twitter before rushing off to cover the 100th anniversary of the Somme. ‘Britain didn’t achieve greatness by accepting defeat,’ said this pampered ponce of privilege. ‘In that spirit, I refuse to accept this one. #NeverBrexit’”.

Parsons wasn’t going to let that pass. “Snow seems to miss the obscene irony of complaining about democracy in the same week we remember the sacrifices that were made at the Somme … I have met a lot of old soldiers in my life. I doubt if one of them would wipe their shoes on Dan Snow”. Oh dear, Tony, oh dear.

Two things here. One, Dan Snow knows a bit about old soldiers - his great grandfather was a General in the Great War, whose service included the Battle of the Somme. And two, today’s old soldiers have such a high regard for Snow that armed forces charity SSAFA has made him one of its “Celebrity Ambassadors”. You can see the announcement on the SSAFA website right HERE. And there is more.

Snow’s activism is well known. Yes, he gets off his backside and campaigns for things that he feels strongly about, while the likes of Tony Parsons sit and whine about Snow having had a more privileged start to life than he did - something that Snow can’t really help. But once again Parsons undermines his credibility by not bothering to research his facts, something he could have got away with in pre-internet days - but not now.

Tony Parsons is entitled to his views. But so too are the millions who voted to Remain.
Posted by Tim Fenton at 11:02

Wasn't Tony Parsons the one who complained about the country being too full because he got stuck in traffic during the school run?

His Ex, Julie Burchill used "Ponce" in her piece in the Spectator that said pretty much the same thing; they're not back together are they?

Amazing. With each new* column, Tone manages to blur the line even further between himself and his Viz counterpart, Tony Parsehole...

You can't really expect Parsons to be level-headed. All those years under the table at the NME must have taken a thorough toll.
And no, dick-head, it isn't a case of being a bad loser when a mere 4% of (some now regretting) voters carried the day.

Neither is it a case of being one, in objecting to the rise in appalling behaviour out there. Even suggestions last night that the London march was anti-democratic. That's a good one.

There's even an idiot in my local paper this week calling on all local District Councillors who supported Remain to resign. Mind you, my area did manage something like a 68% out vote - shame on it.

Strikes me the sour grapes are all on the Leave side. Because they didn't carry the day solidly, convincingly or honestly.

Not Parsons, who can be dismissed as the usual Scum ranting righty.

But when Snow says "Britain didn’t achieve greatness by accepting defeat..." it is time to introduce some common sense.

Snow has become a TV frontman for programmes mostly featuring wars and battles. At no time has he remotely described the causes and lethal futility of the industrialised mass murders. His "history" extends no further than describing the "success" of the commanders. For him, war seems to be some sort of invigorating field game, an adventure for hormonal lads - at best a chess game where the fallen pieces don't really matter. At such times he turns horror into "entertainment," a spectacle of people being killed. He makes war readily acceptable.

So what does he mean when he talks of Britain's "greatness"? The British Empire and its well-recorded (but ignored) looting and genocides across the world? The lethal attacks on freedom movements during Britain's inevitable scuttle from Empire? Its part in causing the First World War and thus the rise of fascism and the inevitable Second World War? Its poodle like role in the absurd Cold War? Its accomplice role to the USA in the destruction of Libyan, Afghani, Iraqi and Syrian society? To say nothing of the poisoning of our internal "democracy"?

True, Parsons is an utter gobshite. But let's not make more of Snow than he is. The same goes for his uncle Jon Snow of C4 News. The truth is they are all guilty to greater or lesser extent of causing the decay of British society and the dismemberment of the Union, albeit tiny cogs in a rusting wheel.

WWI had nothing to do with democracy. The soldiers who died at the Somme were not defending anything so precious, which is what makes their slaughter all the more horrific. Anyone using the "but soldiers, so shut up" argument has already lost.

I've seen this suggestion a few times in the past week. That the soldiers killed at the Battle of the Somme died 'for democracy.'

They died for imperial ambition, whether they knew it or not. But their values were so different to ours that it's silly to speculate as to their motives.

A few years ago, a monument was put up to remember those soldiers killed by firing squad in WW1 for 'cowardice' - what we'd probably diagnose as PTSD these days. Parsons, writing for the Mirror at the time, threw a right hissy fit. Where, he asked, was the monument to all those soldiers who *didn't* wimp out, who did their duty and fought and died?

Er, let's start with that big monolith on Whitehall and then go to practically every village green in the country, his readers pointed out. The next week's column was mostly devoted to berating his own readers for daring to call him out.