The Mail On Sunday has a problem when it comes to getting photos and copy on all those slebs it uses to bring in readers - and then generate clickbait for Mail Online. That problem is that they cannot get into some of the sleb bashes. Instead, rights are often sold to the glossy magazines like Hello! and the only consolation prize is for the MoS to turn up afterwards and try to stir up controversy about the participants. 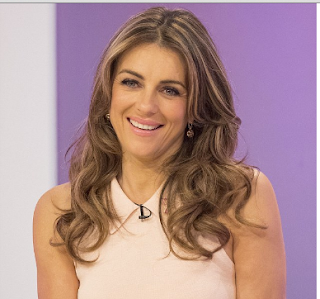 So it was when actor Liz Hurley attended a recent wedding accompanied by her 14-year-old son Damian. Hello! bought the rights, and that was that. But a subsequent trawl of the photos - plus a scan of Twitter - was enough to generate the headline “HELLO! Is Liz Hurley's 14-year-old son holding something he shouldn't? Photographs of pair at society bash 'doctored by magazine to remove champagne flute from teenager's hand’”.

Why would that claim that Ms Hurley’s son was holding a champagne flute be in quote marks? Ah well. That would be because the MoS cannot stand it up. The hacks have taken two photos from the event, added two and two, and got a result that is rather larger than four. Readers are told that “if there was any evidence that Liz Hurley’s 14-year-old son Damian was drinking at a recent society bash, it has been crudely covered up … Photographs of the pair in Hello! magazine appear to have been doctored to remove any trace of a champagne flute”. “Appear to have been doctored”. 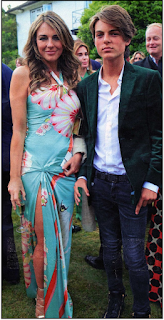 Go on then, serve up the evidence, however flimsy it be. “While Liz is clearly clasping a glass of fizz, Damian, right, has an identical grip - but is clutching thin air” is the caption to the supposedly incriminating photo. Really? No, not really: her son is not displaying “an identical grip”. His hand does not appear to show a grip at all.

It gets worse. Had he been holding a glass of fizz - or, indeed, a glass of anything - he would almost certainly have been holding it in his left hand, away from Ms Hurley, who was right next to him. The MoS is just making this up, which is confirmed by a second photo, captioned “Odd image: A half-eaten roll seems to have been inserted into Damian's hand in this image”. It’s not been “inserted”. He is holding it. 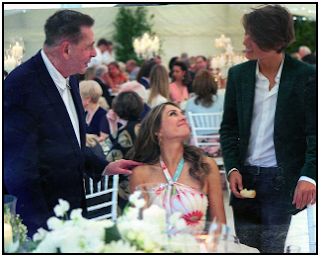 No glass of fizz there, either

And the MoS’ backup source? “One Twitter user wrote”. Christ on a bike, that’s lame, especially when the article has to concede “Hello! magazine declined to comment last night, and Miss Hurley was unavailable … It is not illegal for a 14-year-old to consume alcohol at a private event such as a wedding, although it is against official medical advice”.

What is the problem the inmates of the Northcliffe House bunker have with Liz Hurley? Is it that she remains good friends with former long-term partner Hugh Grant, who is a hate figure at the Mail titles, especially after his clash with the legendarily foul-mouthed Paul Dacre during the Leveson Inquiry? She’s done nothing wrong, nor has her son, and all this piece does is to try and get righteous over a claim the paper can’t stand up.

Good to see Liz Hurley causing discomfort among the Dacre doggies, though. Here’s hoping they choke over their expense accounts.
Posted by Tim Fenton at 11:01

As someone commented on a Press Gazette article a couple of year's ago it's better having a conjectural article than a blank page.

The KelMac moral (hic!) being of course if news is slack make it up. And if you can add in a bit of spice against one of your pet hates all well and bad! The old Northcliffe formula of give the readers what they want, it doesn't have to be factually true.

I'm not sure if the DM's story is supposed to be about poor photoshopping for no obvious reason or the boy having a drink.

It is clearly poor photoshopping of the glass out of his hand.

Either way it is not a story. But then it is the DM...

Why would a professional photo retoucher bother with a rubbish attempt at making a glass disappear when they could more easily and more quickly replace it with orange juice or lemonade? Or not bother doing anything at all? Ahhh, whatever.