The killing of nine mainly young people at a shopping centre near the German city of Munich has been reported, analysed, and discussed for much of the past 48 hours. We know that the perpetrator was a young man who had been bullied at school and had researched mass killing. We also know that he was born in Germany, and so the idea of pinning the crime on refugees is not going to work this time. 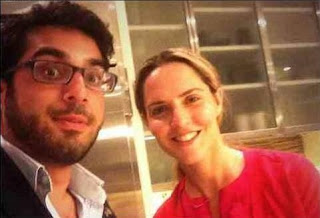 I wonder where they get that conspiracy instinct?

Ali Sonboly had also developed a fascination with Norwegian mass murderer Anders Behring Breivik, and it may have been this that led him to execute his planned attack five years to the day after Breivik’s rampage in Oslo, and on the island of Utoya. As the Guardian observed, “Germany has a grim track record of attacks on young people, with two teenagers returning to their schools to launch massacres in the last 15 years, one in 2002 and a second in 2009”. But one “news” source knew better.

At the convocation of the uniformly batshit otherwise known as Breitbart, only one conclusion could be drawn from the shootings, and that was the Scary Muslims (tm) were behind it. So every scrap of material was dredged up to make the narrative fit the conclusion in an attempt to prove this conspiracy theory true.

Their first account starts relatively normally: “At least nine people have been killed and 21 wounded after a gunman opened fire on shoppers in the German city of Munich before killing himself. The attacker has been identified as Ali David Sonboly, an 18-year-old German-Iranian dual citizen”. But then we read “Now German Interior Minister Thomas de Maizière says the attacker had no links to international terrorism”.

Boo Hoo! And there was more: “After denying Islamist links, police try to link gunman to Anders Breivik, the Norwegian nationalist who killed 77 people five years ago yesterday”. But the Breitbart mob weren’t taking that as final. Raheem “Call me Ray” Kassam knew there was a conspiracy: “The BBC has unilaterally chosen not to report the Munich attacker’s full name, in what appears to be an attempt to scrub any Muslim or Islamic heritage link to its coverage of the incident”. See, it was Scary Muslims (tm)!

And just to make sure their readers knew what to think, there was another article telling “The attack sparked fears of a new jihadist attack on the West, but police later described it as ‘classic act by a deranged person’ obsessed with massacres who had no link to the Islamic State group”. This piece then tried to link the Munich attack to other killings.

To no surprise at all, it tried to connect the Munich killings to attacks in the USA, Belgium, France, Turkey, Tunisia, and even Egypt. The Egyptian killing was the bombing of a Russian airliner last October. One hates to sound slightly uncharitable towards the batshit Breitbarts here, but the idea that there was some connection, other than that people got killed, is total baloney. There is no conspiracy. This one is not going anywhere.

Breitbart - where they could find terrorist conspiracy in a road accident. No change there, then.
Posted by Tim Fenton at 14:31

Has the Mensch woman yet repeated outside Parliament her allegations against Piers Morgan?

Someone please advise why anyone with a sense of fairness should believe a word she and her far right ilk vomit into the zeitgeist.

......Sorry, must fly. My local Muslim pizza delivery guy's at the front door and I've got to check if it won't blow up or whether he's out to decapitate me......Well, not before I've given him the usual tip anyway. I can't imagine why he's always smiling and cheerful.

Now it transpires that he was a far-right conservative "inspired" by "anti-jihadist" hysteria he'd read on, erm, right-wing webshites.

And guess who said this. I'll give you a clue. His first name is Boris.

“If, as seems very likely, this is another terrorist incident, then I think it proves once again that we have a global phenomenon and a global sickness that we have to tackle both at the source – in the areas where the cancer is being incubated in the Middle East – and also of course around the world.”