So Farewell Then Milo Yiannopoulos

Yesterday morning, actor and comedian Leslie Jones served notice that she was leaving Twitter, in the face of a tsunami of racist bigotry which had originated from one of the darlings of what is laughingly called the “Alt Right” (for which read self-promoting, shit-stirring man-babies). Ms Jones, one of the stars of the female reboot of Ghostbusters, had not picked an argument with anyone. The argument came looking for her. 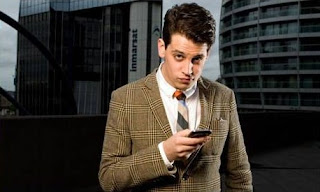 The “Alt Right” source of this vicious attack was one Milo Yiannopuolos, a name that will be familiar to Zelo Street regulars as someone who ordered a hatchet job on this blog and as a result was subjected to The Curse Of Zelo. This took less than two months to take effect as Yiannopoulos’ online pulpit, the Kernel Mag, went bust leaving a number of unpaid bills and a potential showdown with the Information Commissioner.

Undeterred, Yiannopoulos then fetched up in Berlin, where he relaunched the Kernel Mag with the help of a venture capital outfit, whose management then took the sensible precaution of removing him from the scene. So then he reinvented himself as a kind of agent provocateur, investing in a ridiculous-looking hair colour makeover and banging on ad nauseam about being not just gay, but a “dangerous faggot”.

You see, it was all about free speech! He could call himself something really non-PC, so by the same taken it was fine for him to apply the same standards to everyone else, and especially the everyone else that he used his increasing number of Twitter followers to attack, having also figured that appealing to the saddoes around the GamerGate movement also brought him plenty of pile-on power.

That meant when he targeted women, there would be lots of sexist and misogynist abuse in his wake. For African-Americans, there would be full-on racism. So when he went after Ms Jones, there was the whole shebang. And all the while, Yiannopoulos was increasing his visibility, raising his personal profile, making himself more bankable, and bringing attention to the otherwise undeserving Breitbart website.

But now Twitter has called time on Yiannopoulos’ little Wild West show, and kicked him out permanently. His reaction was to play the victim: “They made a very dumb decision right before I had the eyes of the world media on me. I think they’re going to come to regret it … Anyone who believes in free speech was sent a very powerful message today, which is that you’re not welcome on Twitter”. It was still all about free speech!

It isn’t just about free speech, of course, as Twitter have made clear: “no one deserves to be subjected to targeted abuse online, and our rules prohibit inciting or engaging in the targeted abuse or harassment of others”. You don’t play by the rules, out you go. Milo Yiannopoulos has once again felt The Curse Of Zelo.

He could of course advance his cause though his own talent and abilities. That he chooses not to do so, but instead whine about his free speech being constrained, tells you all you need to know about the extent of that talent and ability.

Milo Yiannopoulos is a talentless shit. And he will not be missed. Good riddance.
Posted by Tim Fenton at 10:33

Here's the thing. Facebook, Twitter, this very forum - they're not common land. They're, in effect, clubs. And if you break the rules of membership, however lax they are, out you go. Tim Fenton has no obligation to publish this post, if he doesn't want to. And I have no right to force him to do so. However I'm sure he will because he's a decent chap. The same principles apply to any online forum or social media service.

Ask yourself - if you were to go into work, wave your genitalia out of the window and fling excrement at passers-by while repeatedly shouting the company name, would you expect to be fired? Well, yes (insert obvious joke about News International here). If you protested about the unfairness of this, your boss would likely dismiss your whines and tell you to find another job. Tough.

Same goes for Yiannopoulos. If he's kicked off Twitter, there are plenty of other forums. Or he can set up his own, like Louise "I never knew you could call that a career" Mensch tried. The point is - he has no automatic right to any given forum.

I haven't even heard of the guy or your previous joust with him.

But good on you for exposing his activities. A thoroughly nasty piece of work.

Now......about Owen Smith and his job at Feizer......what the NHS buys from Feizer and how much profit they make from it......and most important of all, his policies and beliefs about the NHS - not for instance just a regurgitation of "free at the point of use," but also his proposals for ridding the NHS procurement process of profiteering by companies like, er, Feizer......But don't hold your breath - he's just another snake oil salesman in a Suit.

Hopefully being banned by Twitter will also put the block on Milo's attempts to infiltrate the mainstream media. I was most disturbed to see him stinking up the BBC with an unwelcome appearance on The Big Question a few months ago, and wondered whether the Beeb were really aware of who they were booking. Now he's been thrown off a major media platform for harassment its difficult to see how any legitimate broadcaster would justify using him.

He's a Katie Hopkins but with a dick