After former Sun editor Kelvin McFilth not only went into Islamophobic rant meltdown over the appearance on Channel 4 News of presenter Fatima Manji - because she was wearing a hijab - but also doubled down on the bigotry, the Murdoch doggies at the Sun decided to send another obnoxious pundit over the top: the deeply unappealing Rod Liddle decided to kick Ms Manji as well. Because, well, he could. 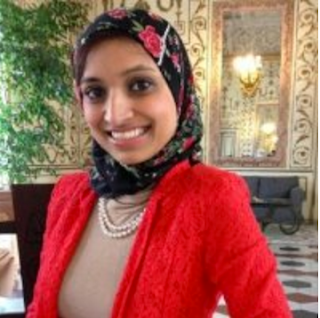 “I don’t doubt for a minute that Channel 4 News chose Manji … deliberately to provoke … And I don’t doubt that the veil is an Islamic symbol of female subjugation … I don’t think teachers, for example, should be allowed to wear it” he moaned, before concluding “Maybe Channel 4, which luckily nobody watches because it’s awful, will choose Fatima to report on all Muslim outrages and attacks … I hope she’s not going to be too busy”.

But now Kel and Rod’s little rantfest has encountered some serious resistance: the Sun’s pundits may be used to broadcasters like the BBC either ignoring their smearing and bullying (or putting out a bland statement of denial and otherwise rolling over and playing dead), but Channel 4 is made of sterner stuff. Those involved with Channel 4 News have made their view of MacKenzie and Liddle plain: they are not happy.

Editor Ben de Pear has called out Kel: “The comments published in the Sun … by Mr MacKenzie are offensive, completely unacceptable, and arguably tantamount to inciting religious and even racial hatred … It is wrong to suggest that a qualified journalist should be barred from reporting on a particular story or present on a specific day because of their faith … Fatima Manji is an award-winning journalist. We are proud that she is part of our team and will receive, as ever, our full support in the wake of his comments”.

Meanwhile, Kel’s unpleasantness has resulted in press regulator IPSO being bombarded with complaints, the total soon going into four figures and likely to be over the 2,000 mark as this post is typed. However, and here we encounter a significantly sized however, IPSO have a get-out clause: they can dismiss third party complaints.

The Murdoch doggies must have thought they were home and hosed: without Ms Manji’s personal intervention, IPSO would acknowledge the grumbles, but refer them to its Editor’s Code Of Conduct and then dismiss them all. But that option, too, has been closed off, after Fatima Manji decided to make a personal complaint about the Sun and its pundits. As ITV has told, “Ms Manji and ITN CEO John Hardie have now both made official complaints to the Independent Press Standards Organisation (Ipso). ITN produces Channel 4 News”.

That means there will be no excuses for IPSO to wave away the complaint: it’s been made not just by the target of Kelvin McFilth’s attack, but also by her ultimate boss. Channel 4 and ITN have clearly decided that they’re going to face down the Murdoch mafiosi. IPSO is going to have to act, which would make a pleasant change.

Either IPSO confirms that it’s a sham regulator, or the Sun is going to get it in the neck. Advance orders of popcorn are strongly advised.
Posted by Tim Fenton at 13:53

Well, swipe me......De Pear finally grew a pair, if you see what I mean (though not enough to have reported Barroso leaving the EU presidency for a job at...guess where?...Or the prosecution of orange-faced beak-nosed gangster's moll La Garde of the IMF).

By the way, that Fatima Manji's a cracking looking bird. The hijab head dress does something for her. Phew! What a scorcher!

Meanwhile, wouldn't it be great if IPSO tore the arse out of MacKenzie and Lidl - sorry, Liddle. They won't of course, not with Scum employee Trevor Kavanagh on board, oh no.

IPSO have S** columnist Trevor Kavanagh on their board. I complained to this organisation that this compromised their ability to judge complaints against this particular 'newspaper' especially if anything to do with the Hillsborough Disaster was a subject of inquiry.

After IPSO acknowledging my email some weeks ago I have heard absolutely nothing else.

This organisation is a paper tiger with a Murdoch man and the conduit behind the infamous 'The Truth' story (Kavanagh) on its own board. Expecting fair justice from it is like expecting good taste in an article by Kelvin MacKenzie.