Blood On The Murdoch Carpet

The hallmark of the true Mafiosi is that they look after their own, and like family: they also know when to let go of those who have brought shame upon their allegedly good names. Thus it was that Rupert Murdoch let Andy Coulson go, as he got guilty in the Hacking trial, but as his favourite adopted daughter Rebekah Brooks got off, she was welcomed back into the inner circle. Thus Don Rupioni moves on. 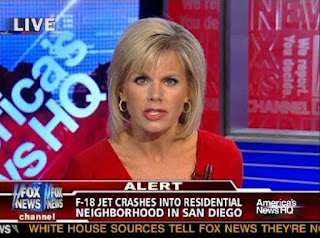 But now has come not a mere  former editor to be cut loose, but one of the biggest players in the Murdoch Mafia: the vultures are circling over a major money-earning part of the empire, Fox News Channel (fair and balanced my arse) as the lawyers prepare what could be a welter of sexual harassment cases against its head man Roger Ailes. Ailes is family. But he is about to bring shame upon the Cosa Rupra.

Fox News has lost the services of a number of female hosts over the years, some departing unexpectedly and giving reasons for going that did not ring true. Now one of them has come forward to allege serious misconduct on Ailes’ part: Gretchen Carlson, for so long the “one in the middle” on breakfast show Fox And Friends, has claimed that her boss fired her when she rebuffed his advances.

The Guardian’s report makes grim reading: “The lawsuit accuses Ailes of ‘ostracizing, marginalizing and shunning’ Carlson before ultimately firing her from the network on 23 June, the day her contract ended. Ailes made clear to Carlson that her ‘problems’, meaning his treatment of her, would improve ‘if she had a sexual relationship with him’, her lawsuit claims … The lawsuit adds that Carlson confronted Ailes over ‘discriminatory treatment’ nine months before her termination. Ailes used the meeting, the suit claims, to make a direct sexual advance toward Carlson”.

It gets worse: as New York magazine has told, “In recent days, more than a dozen women have contacted Carlson’s New Jersey–based attorney, Nancy Erika Smith, and made detailed allegations of sexual harassment by Ailes over a 25-year period”.

Now, the same publication has brought the news that “Murdochs Have Decided to Remove Roger Ailes - the Only Question Now Is When”. That would send a signal across the Murdoch empire: nobody is too big to be fired, no-one is indispensable. Not even Ailes, who, let us put this directly, IS Fox News. He built it from the ground up. There has never been Fox News without Roger Ailes at its heart, in charge, pulling the strings.

Another signal would be sent by such a move: that the sexual misconduct cases are highly likely to include several more former Fox News employees. This would bring dishonour upon the Murdoch name. So the Mafiosi will act to protect their good name. Crushing business opponents, manipulating politicians, subverting democracy, and exploiting the less well off are acceptable to the Cosa Rupra. But not unwanted harassment.

So the Murdochs actually do have some moral standards. Allegedly.
Posted by Tim Fenton at 10:00

Moral standards??? They don't mind about the harassment - it's the being found out that is the problem

Ailes is merely compliant with the Murdoch Employees Mindset.

The difference - if the allegations are believed - is that he got found out.

We're rapidly reaching the point where anybody at any level of the Murdoch gang will have to show cause why they should not be locked up forever. Or upon their introduction to an honest citizen, why such citizen should not immediately punch* the bastard right in the mouth.

*Only partly tongue in cheek.

Could cost Murdoch a pretty penny or two for the vow of silence? Mark Hanna played the game pretty well after the Brooks phonehacking trial finished and Roger Ailes allegedly would know a lot more that would potentially discredit the organisation.

Yes, I been bad and yes I get mad but no,no,no

Yes, I do crime
My missus thinks its fine..