As Zelo Street regulars will know, this blog is always prepared to cut the people at broadcaster Channel 4 some slack: they get it in the neck quite enough from the right-leaning part of the press, most recently from deeply unpleasant former Sun editor Kelvin McFilth, who has difficulty with Channel 4 News being anchored by a presenter wearing a headscarf. But the broadcaster can also get it wrong. 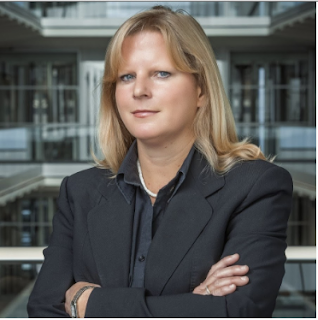 And how wrong they got it: Channel 4 has become part of the rehabilitation of Andy Coulson, disgraced former editor of the late and not at all lamented Screws. Coulson’s time in the editor’s chair coincided with a period when the paper was effectively being run as a borderline criminal operation, sustained not just by phone hacking on an industrial scale, but also regular use of what are known as “The Dark Arts”.

But that, the trial, and subsequent jail term, were then, and now Coulson is back, as Popbitch has observed: “It’s five years to the week since the News of the World closed. Former editor Andy Coulson has been trying to shake off the long shadow cast by all those years of legal action (and subsequent stretch in prison) by starting up a PR consultancy … Clients have not been easy to come by, so … Coulson has finally accepted advice that he needed to be seen out and about again”. And there was more. “Favours were duly called in from old friends like Tom Bradby and Piers Morgan - so if you were wondering why Coulson was suddenly appearing on TV as a Brexit analyst, now you know”. That would also explain Morgan’s hair-trigger reaction when Evan Harris of Hacked Off mentioned his friendship with Coulson on ITV’s Good Morning Britain.

So far, so redemptive, but one name is missing from those being called on by Coulson to give him another second chance, that of Channel 4 News “Head Of Communications”, Hayley Barlow. Ms Barlow’s CV includes more than eleven and a half years as Head of PR at the Screws. She and Coulson go back a long way.

Indeed, as Martin Hickman observed, on the same day that Neville “Stylish Masturbator” Thurlbeck tasked Glenn Mulcaire to hack Milly Dowler’s voicemail, “the News of the World wrote to Surrey Police requesting an exclusive interview with the Dowlers - before mentioning that the paper was considering offering an award for information about her whereabouts … Hayley Barlow, the executive who wrote the letter, told the family an interview would be conducted with the ‘utmost sympathy’ and offered them the News of the World’s full support”. We now know what happened next.

And now? There was Ms Barlow yesterday, taking to Twitter to tell “In an authored film on tonight’s [Channel 4 News], former No 10 spin doctor Andy Coulson on Brexit, the past and the future”. You scratch my back, I’ll get you on Channel 4 News and raise your profile a notch or four. Well, what are friends for, eh?

Sad to see Channel 4 News becoming part of this tawdry whitewashing. But not surprising.
Posted by Tim Fenton at 10:42

Know what I mean guv?

With a buffoon being made Foreign Secretary, a disgraced MP brought back as a Minister and a criminal welcomed by C4, whatever next?

Jonathan Rees and Sid Fillery in charge of HM Prisons? Mensch put in charge of IPSO? They all have the experience required after all.

And why should we suddenly be thought to be in need of Coulson's take on Brexit. Pretty sure he won't be going for any remain-oriented contracts.

If anything, he needs to do a Poulson - and so do numerous others.

C4 News has plummeted rapidly from being the least worst - but still mostly a pile of shite - to being every bit as bad as the rest.

Sometimes it's ten times worse, particularly during its "international reporting" of the Middle East. Those "reports" are among the most disgusting far right propaganda even Fox could vomit. Hilsum, Rugman and Miller have turned it into a laughing stock. Or it would be funny if the consequences weren't so tragic and lethal. But just wait until they again haul their sorry arses off to Ukraine - last time, Hilsum made her first port of call Lviv, the centre of Ukrainian Nazi activity, but of course that was ignored (as was the rest of their "coverage") in propagandising in favour of the Maidan coup and the present chocolatier president-puppet. The same bullshit propagandists can't report the Syria tragedy without mentioning "barrel bombs" - while totally ignoring British weapons of mass destruction (such as cluster bombs) being used to massacre Houthis in the Yemen.

So the Coulson piece was no surprise at all. It was positively hilarious watching him drag his cockney xenophobic bullshit around trackies-and-trainies-and-tattoos Essex, a place that hates everything and everyone else. He fits right in there. And now he fits right in at C4 News.

The only surprise to me was that De Pear waited so long before bringing him on.

Meanwhile, poor old doddering Jon Snow has failed to realise those ties and socks merely make him look like he's on his way to a retired clowns convention.

C4 News? Not worth a carrot. It's so far up its own arse it's scratching its ear.

"Those "reports" are among the most disgusting far right propaganda even Fox could vomit." -- eh, steady on.

When you talk about an award, you probably mean a reward.

I was left scratching my head at that one, I must say. Now I know, thank you.

I do love Channel 4 news, Jon Snow and what it tries to be so I do hope this was a one of aberration.

Anonymous keyboard rants, on the hand, are more amusing than loveable.

During Coulson's shabby editorial reign, approximately 300 plus 'proper'journalists across the world were either murdered or imprisoned for attempting to do their work. What qualifies this piece of scum to dare use the same job title.