Willard And His Wrong Way

Technology writers will, one might expect, have a handle on the technology about which they are holding forth. But that expectation would have gone unrewarded when the bear pit that is Telegraph blogs played host today to one Willard Foxton. He is taking on the vexed subject of today and tomorrow’s Tube strike. And he is getting the whole shebang totally wrong. 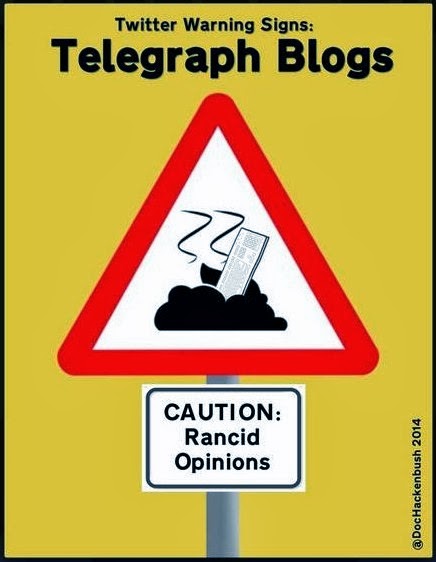 But let’s hear from the man himself: “Today a trade union has attempted to shut down London to pick a fight with a Tory mayor instead of sticking with arbitration or mediation. Led by an incredibly militant union leader who is widely loathed, they've picked an issue almost designed to garner almost zero public support to strike on”. If Bob Crow were so “widely loathed” he wouldn’t be in post. But do go on.

“The RMT may tell you it's about public safety, but really this strike is about one thing – robots taking jobs”. Ho yus, and what kind of thing are we talking here? “He knows we already have driverless trains on that most Thatcherite of tube lines, the DLR out to Canary Wharf”. As Jon Stewart might have said, two things here. The DLR ain’t a Tube line, and the trains cannot run without someone on board. 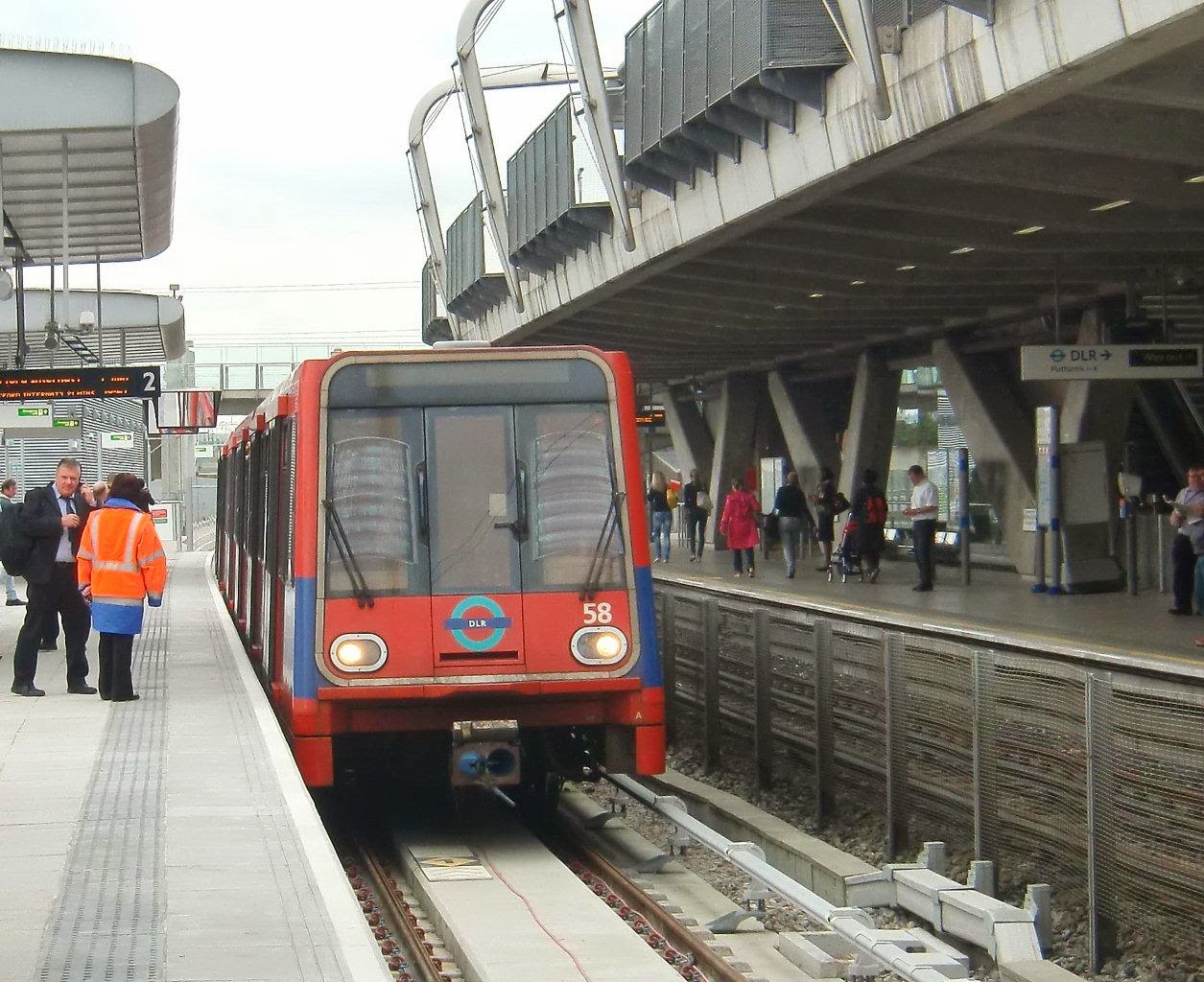 This is a DLR train. It cannot function without the intervention of a trade union member

That person on board each and every DLR train is a union member who can, at his or her discretion, vote in a ballot to take strike action. Strewth, the next thing you know, he’ll be recycling that Allister Heath crap about driverless cars. Oh hang on a minute ... “As soon as Google gets those driverless cars to work, cabbies, truckers and bus drivers are on the way out”.

Meanwhile, back in the current century, all of those things, which have sod all to do with the Underground network, are piloted by human beings. But, as the man said, there’s more: “Already,cabbies are being put under massive pressure by the advent of satnavs and smartphone maps”. Ah, so I can fetch up at Euston with a satnav and this avoids using that cab whose driver has done The Knowledge, does it? 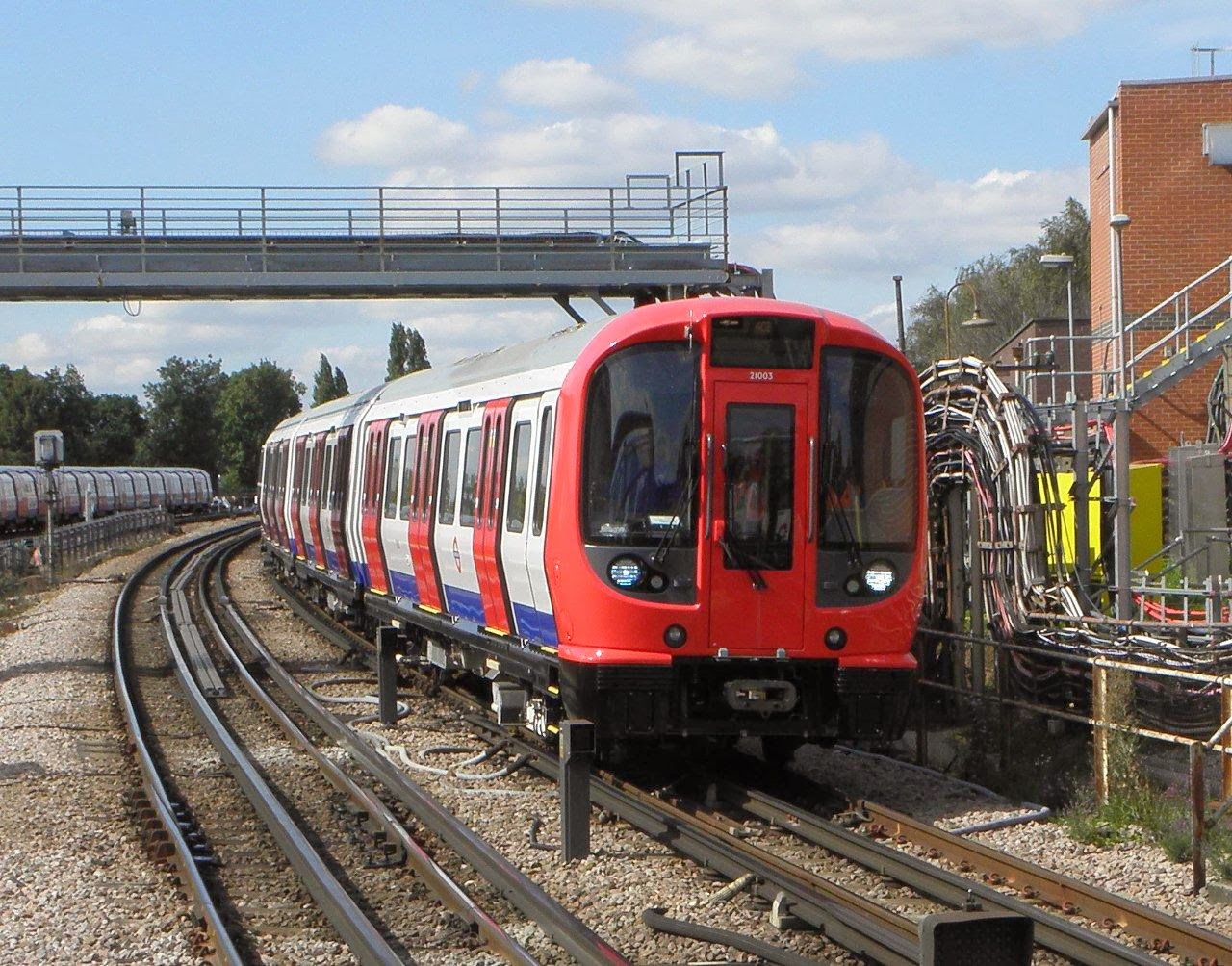 This is a new S stock train for the Metropolitan Line. It cannot function without a trade union member in the driver's cab. It will be in service for around 35 years

“The whole of the transport industry could be mechanised away within 20 years” asserts Foxton. Of course it could – but not the 20 years following this year. His next whizzo example shows why: “Plenty of other jobs are under threat from the relentless march of the robots too, and not just the obvious ones like supermarket cashiers”. Ah, those auto checkouts that have to be supervised and many avoid.

“This is the cold, hard robotic world we live in now” declares Foxton. Bullshit. It’s a concoction of utter drivel that has sweet jack to do with reality. Like Bozza and his fantasy about driverless Tube trains, Willard Foxton is painting some kind of dreamland which ignores the reality: the number of drivers on the Underground is increasing, a trend which is likely to continue for some years yet.

You want to see robots, Willard? Go and check out that Smash advert.
Posted by Tim Fenton at 17:34

Given the formulaic nature of what passes as journalism today I suspect press hacks may be more threatened by algorithms than transport workers are by Robbie the Robot.

Most hacks seemed to miss that TSSA members were also on strike! Led by a man who they can't name. Which they may regret because it's Spanish and they could have had fun with that.