The news that Tory MP Aidan Burley was to stand down at the next General Election has travelled across the North Atlantic, where it has been less than well received by former MP Louise Mensch, now representing the distant constituency of Manhattan Upmarket. In the strange insular world she inhabits, what happened to Burley shows that the Tories are Very Wonderful, and Labour are dead rotten. 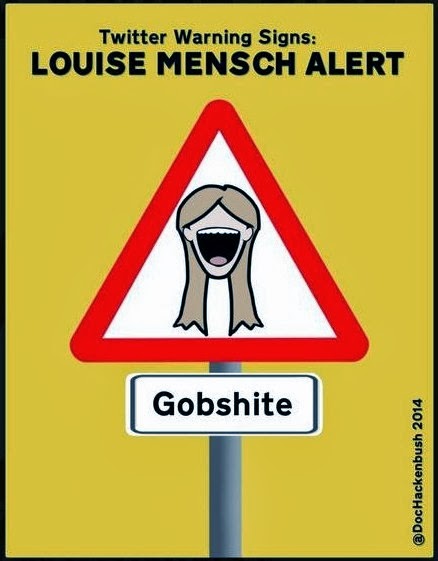 For those who might have thought this was a purely Tory Party matter – no other serving politician was involved in the Nazi-themed stag party at the French alpine resort of Val Thorens, which featured Burley supplying an SS uniform for groom Mark Fournier – Ms Mensch has found the answer. It is, she has concluded, down to “Auguste” Balls. And she won’t shut up until Labour Do Something About It. 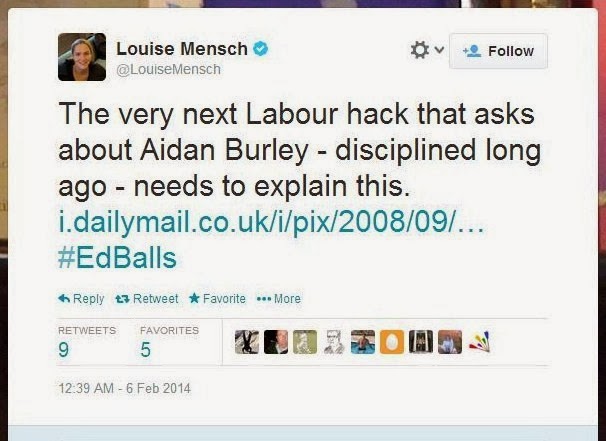 “The very next Labour hack that asks about Aidan Burley – disciplined long ago – needs to explain this” she declared. Well, I am neither a Labour member (or supporter), or a hack, and am not asking Ms Mensch, a pointless pursuit when there may be paint to watch drying, or fingernails to scrape down a few chalkboards. What I can do, though, is address her ridiculous Nazi uniform comparison. 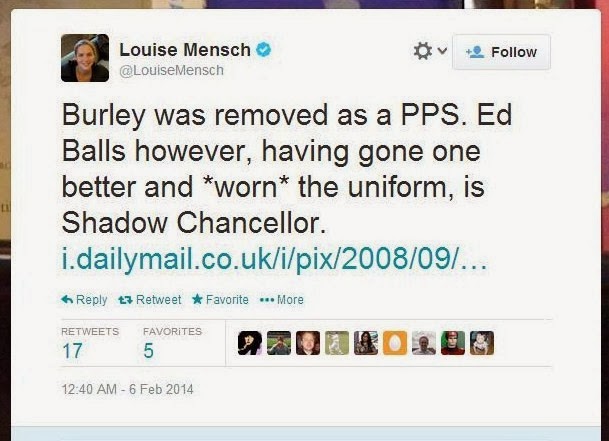 “Burley was removed as a PPS. Ed Balls however, having gone one better and worn the uniform, is Shadow Chancellor” she rants. What she fails to tell is that Burley was an MP when he did his particular deed: “Auguste” Balls was a student. Worse for her cause, Balls was totally candid about the incident, and Burley plied his inquisitors with falsehood and misinformation before the Mail On Sunday forced his hand. 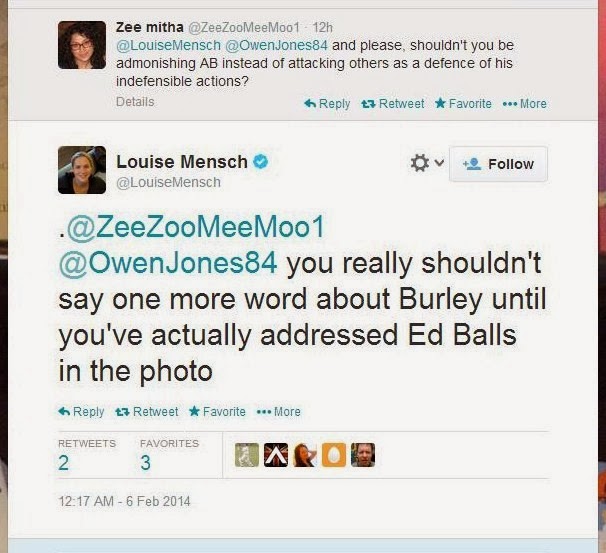 “You really shouldn’t say one more word about Burley until you’ve actually addressed Ed Balls in the photo” she protests. Not easy to address someone in a photo taken 26 years ago. But one matter that can be addressed very easily is that wearing that uniform in the UK in 1987 was legal, but wearing it in France in 2012 was not. Burley was involved, however tangentially, in lawbreaking. 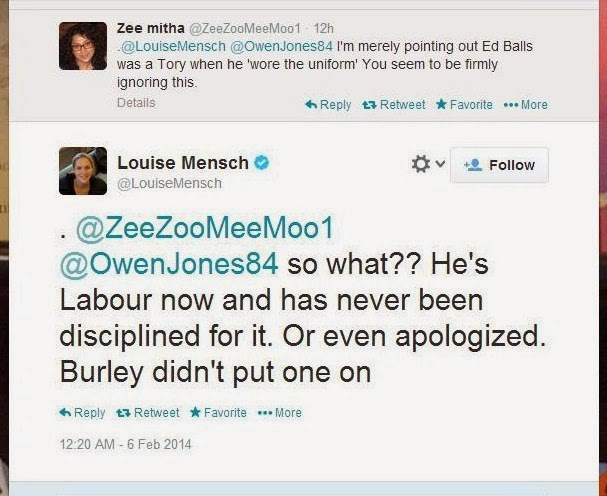 “[Balls] has never been disciplined for it. Or even apologised. Burley didn’t put one on” she whines. Not easy to discipline a party member for something they did years before joining the party. And Burley supplied Fournier’s uniform, then failed to come clean. As when Michael Howard sacked Bozza, it wasn’t over the story, but that he lied to cover it all up. And there is one further inconvenience for Ms Mensch.

The Aidan Burley affair has nothing to do with the Labour Party. If she had found one of their MPs participating in an illegal and offensive act, she might have had a point, especially if they failed to own up about it. She didn’t, and so she hasn’t. This is not a difficult concept to grasp, unless of course you are hell-bent on wilfully pursuing a laughably false equivalence in the vain hope of political gain.

Her inability to accept Burley’s departure is more evidence of rank stupidity.
Posted by Tim Fenton at 13:23

It's all that heavy metal intake - it gets to you in the end! (Like a lead balloon)?

Hi Tim
As a daily reader and genuine admirer of your excellent blog I'm increasingly at a loss as to why I should be interested in the twitter ramblings of former MP Louise Mensch.