Aidan Burley – Why He Went

So embattled Tory MP Aidan Burley has now made his choice: as I told the other day, his options were to go now, go at the next General Election, or tough it out and get thrown out by his electorate in Cannock Chase. He has wisely decided not to precipitate a by-election – which the Tories would have lost, whoever stood in his place – but to stand down next year. 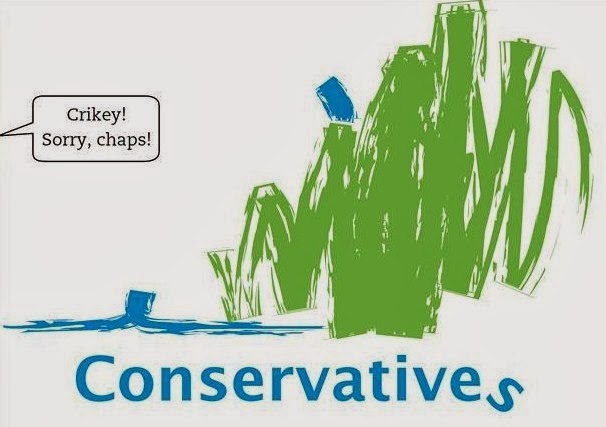 Why he eventually gave in was down to one thing: the sure and certain knowledge that his participation in that Nazi-themed stag party at the French alpine resort of Val Thorens, where he had hired the SS uniform for groom Mark Fournier, would continue to generate hostile press coverage, especially given Fournier’s subsequent conviction by a French court, as wearing that uniform is illegal in France.

Ever since the Gold report into Burley’s conduct was released, there has been a steady stream of Jewish voices ready to condemn the MP’s conduct, backed up by the Mail On Sunday, ready at every turn to extract maximum retribution for the suggestion that they provoked Fournier’s Nazi salute, and the Gold report’s omission of any of their previous stories.

What made the pressure unbearable was when, last weekend, it was made clear that the MoS had widened its trawl for dirt to Burley’s family, notably his fiancée Jodie Jones, who is also an active member of the Tory Party with ambitions of her own. According to Ms Jones, her parents had also been targeted. There was a sudden realisation of what all those Leveson witnesses had experienced.

And the line being pushed by the MoS was that the MP had been dishonest with his colleagues: once the whiff of mistrust takes hold, it is hard to clear it away. His opponents accused Burley of lying to the Jewish Chronicle as well: that, on top of the stag party, sits badly with his having received significant backing from Conservative Friends Of Israel. A friend of Israel who attends Nazi-themed parties?

It was also clear that the visit to Burley’s constituency by Northcliffe House’s finest had not yet translated into any published copy, which means it was being saved for future editions of the paper. The pressure generated merely by knowing that there was more to come would have affected not just Burley and his immediate circle, but the wider party locally and at Westminster.

So, although it looks as if Aidan Burley made the decision by himself, it is most likely that he was persuaded to do so by senior members of his own party, and that the local association was also contacted and given the hard word. And that word was that Burley had to go: even with more than a year to get another candidate ready for the 2015 General Election, Cannock Chase will be hard for the Tories to retain.

Aidan Burley took on the real world, and he lost. He will not be the last to try.
Posted by Tim Fenton at 10:56

Surely the main problem was the (repeated) lying, in the face of obvious evidence.

That gave the MoS the ammo, and embarrassed the party - and although the going after his fiancee personally is unfair, it's very obviously a conflict of interest for her to chair a committee which cleared him of wrongdoing.

I just can't understand why anyone would want to have a Nazi-themed stag party - it wouldn't even vaguely occur to me. Surely even more especially someone who has aspirations, as he obviously did, of a high-flying political career, and with a lot of trust from on high. All he had to do was say sorry and that he'd made a massive mistake - he might not have kept his seat but he'd probably have saved his career. Instead his arrogance won out.

In reality he was just shit wasn't he? a tedious, arrogant gobshite with no real ideas, just like almost everyone else in his party. What this actually demonstrates is just how shallow the talent pool is in the 'up and coming ranks' of the Tory party and it's why they'll be on the scrapheap permanently pretty soon.